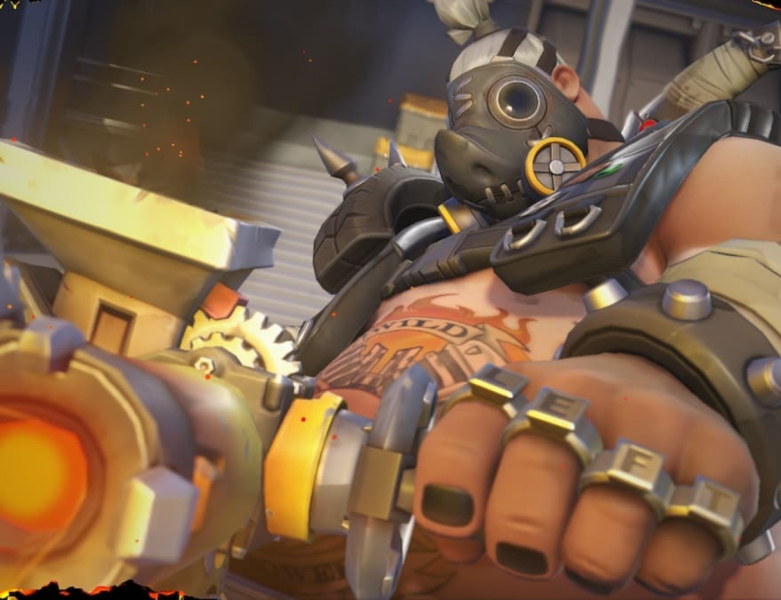 Hey everyone! Today I’m going to be talking to you about Roadhog. The reason I made this Roadhog guide for Overwatch 2 is because he’s currently meta (at least at the time of writing this article, you can check our Overwatch 2 Tier List yourself.) and I’d like to share as many Roadhog tips as I can to make you a better Roadhog.

To give you some context, I’m a professional Overwatch 2 booster here at Boosting Factory and since Hog became meta, I started playing him again and brushing up my hooks.

Who Is Roadhog, Anyway?

To give you some context into our favorite fatso first (250kg / 550lbs!). Who is Mako Rutledge, Roadhog’s actual name? BTW you can check all Overwatch heroes’ real names here.

After the Omnic crisis he lost his farm and territory to the Australian government and has since then turned violent. He formed the Australian Liberation Front and struck against the Omnium and the robots to get back the land he lost. Once the rebels sabotaged the Omnium’s fusion core, it exploded and radiation poisoned their home. That’s how the got the signature gas mask. He became a wastelander and rest is history…

Now let’s dive into his abilities. Roadhog has a rather simple kit actually since he was here from Overwatch 1’s release. He’s extremely easy to learn how to play on an amateur level, but to master him is a whole different story and you’ll find out why.

Hog carries a shotgun that has a very short range and is deadly on close range. It has 5 ammo and 2 seconds reload time. His Right Click is also a shotgun but it’s used to shoot people at medium range for poke, it shoots a shrapnel ball that explodes at mid range and deals damage then. Rather simple, left click for close combat, right click for medium range poke.

Roadhog’s E ability will heal you for 350 health over 2 seconds and reduce your damage taken by a whopping 50% during those 2 seconds.You can freely move during the ability

1. You will use this ability mostly as a panic button to heal yourself up when you feel like you’re doing to die and that’s okay. But I’ll tell you a couple more tips.

2. You can still be bursted down during those 2 seconds, if you think you’re unsafe, try to move out of sight for those 2 seconds and not take damage until you’re healed up. If you’re dueling for example Winston or Moira or some other non-burst damage enemy you can use it while fighting them and time it even better.

3. You can use it as a body-block for your team, if you know a lot of damage is coming in, pop it even if you’re high on HP and stand in front of your team to eat the damage.

4. The self heal starts 0.5 seconds after using it so be wary of that. 5. If you get trapped in Mei’s ultimate, quickly activate your E to restore health before the freeze takes effect. Don’t do it if Mei is already freezing you since her ult and freeze spray will freeze you before healing starts.

Ah yes, the infamous staple of Roadhog. The almighty hook. By pressing your hook ability you can hurl a hook in front of you and pull back anyone you hit and deal minor damage on the way.

Since this is your staple, these tips are very important.

1. Roadhog only works if you consistently land hooks. If you’re bad at it, don’t play competitive with Roadhog until you get better in Quick Plays!

2. Just landing a hook is not enough either. You must one shot anyone who isn’t a tank if you landed a hook. Otherwise, it’s like you didn’t even land the hook.

3. The one-shot combo is as follows. As soon as you press the hook, hold your left click (primary fire) and hold your forward button to “move” forward. Aim at the chin of the enemy that’s being hooked to make sure you get a headshot and chest shot for maximum damage. 4. As soon as the shot clears, you must do a melee hit in case you missed the chin to finish the target.

5. If the hooked target leaves your line of sight before being pulled the hook will be released, thats a split second but worth knowing.

6. Hook can also be used to interrupt some channeled abilities such as Rein’s charge or Pharah’s Barrage. Or even better, hook D.Va’s mech while you pop E and survive, same goes for Junkrat’s tire.

7. While you’re hooking you’re immobile and an easy target for the enemies, don’t get too cocky and hook people in plain sight of enemies.

8. You can hook people off the map by standing on the edge and hooking them so they fall into the hole or off the map.

Roadhog’s ultimate has been reworked since Overwatch 1. After popping the ultimate, your primary fire becomes heavier and you can spam it without reloading for 5.5 seconds, it also knocks back enemies.

1. This ability isn’t always used to kill enemies but rather knock them off the map or disrupt them off the point they’re capping and buy time until your team catches up.

2. However, if your goal is to kill people or one enemy hero, try to knock them in a corner or wall to make them unable to escape because they’re constantly being pushed back.

3. When dueling tanks, this is actually nice to use during Orisa’s Fortify or after Winston jumps. 4. You can actually use your hook during the ultimate, so if the enemy you wanted dead gets too far, just hook him back! Or if you suddenly see a pick opportunity, hook him! You can also use your E. 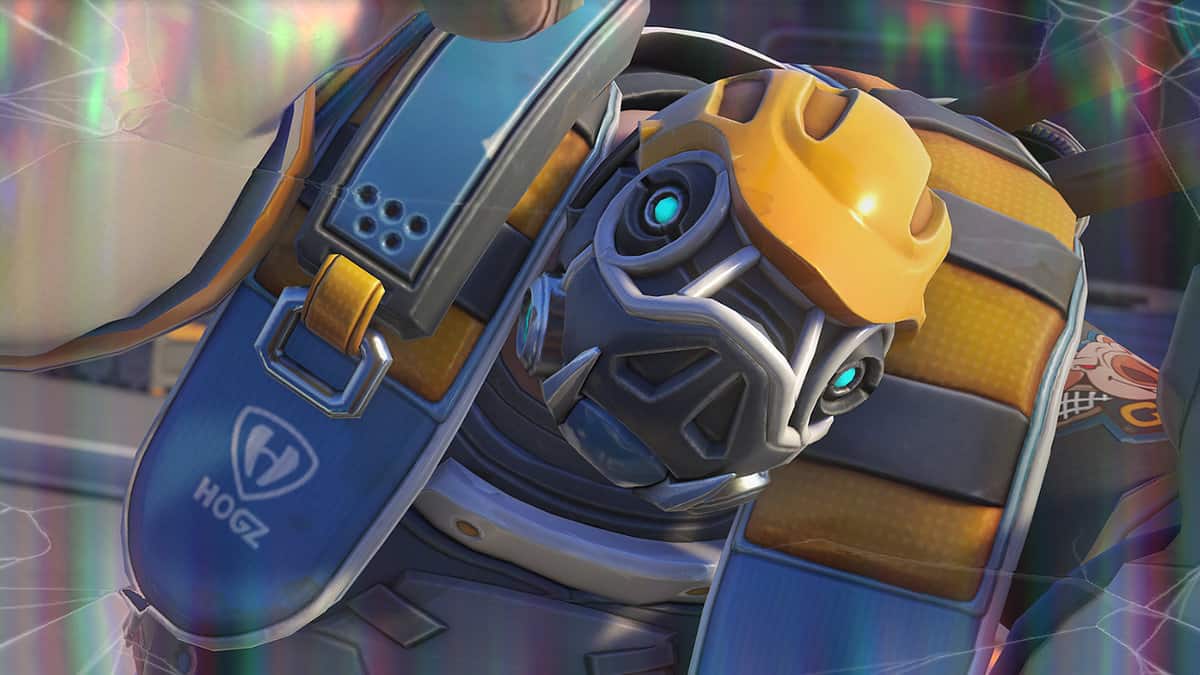 Roadhog is not like Reinhardt, Winston, Zarya or Sigma. He cannot create barriers or protect his team in any way. He’s an extremely offensive tank who can only work if you manage to hook squishies such as Mercy, Genji, Lucio and others and one shot them, then his team can push and capture an objective with a team kill.

Remember the combo, hook > hold primary fire + forward button > aim at the chin > melee. Whoever you hook MUST die.

Play Roadhog against enemy teams that are formed of squishies who will often be in your hook range for example Genji, Mei, Pharah, Sombra, Tracer, Cassidy, Reaper, Echo. Do not play against squishies who will constantly be far away such as Widow, Soldier: 76, Hanzo, Ashe.

Reinhardt - Against Rein the only thing you have to do is look for squishy hooks and move him away from your team if he does a successful pin.

D.Va - D.Va will keep diving your team and you need to hook her back, that’s your job basically, kill the mech.

Winston - Once again, he will keep diving your team, it’s your job to peel, hook him and kill him.

Zarya - If she has no bubbles left, hook and target a squishy. If she does, target her before she pops both.

The rest of matchups are irrelevant.

That’s all guys! I hope you learned a lot from my Roadhog guide and tips. Also, make sure to check our Overwatch 2 rank boosting where I or my colleagues can help you reach any rank in Overwatch 2, starting today! Where’s the catch? Well, there isn’t one. It costs, but the results are guaranteed. Just reach out. :)