The Hero-31 in Overwatch is a barrier-tank called Sigma. Jeff Kaplan, the lead game designer described him as a 3-star hero, meaning he’s not a beginner hero and everyone attempting to play Sigma should be prepared to a high learning curve. Today, I’m going to show you exactly how to play Sigma like a Top 300 Overwatch booster. Our clients have seen increases in their Overwatch Skill Rating shortly after reading and practicing a little with their newly learned tips. I promise, it won’t be hard to digest the content. Let’s dive in.

Currently, the game features 3 shield tanks and 1 shield DPS, of course, this might change in the future. But at the moment of writing this guide, those are Reinhardt, Orisa, oddly enough Symmetra, and the latest, Sigma. Sigma is not your usual Tank hero, he’s at once a damage soaker and damage dealer, however, in order to utilize both like our Overwatch boosting team, you will need a lot of practice, I’m sure this guide will help you a lot. If not, our Overwatch coaching team is eager to help you become a Grandmaster Sigma. Let’s move to abilities.

Sigma’s Hyperspheres are two pulsating orbs in his hands, they are projectile volleys that will do 60 damage upon impact per sphere, totaling at 120 damage. This is subject to change if it turns out Sigma is overpowered, or underpowered.

The Experimental barrier is Sigma’s key ability in my opinion. By activating it, you spawn a 1500 HP barrier that keeps moving forward until it hits a wall or you release the button. You can also cancel the ability, recall it and use it again, momentarily. When your Experimental Barrier is active, you cannot fire Hyperspheres, but you can recall the barrier, fire, and spawn the barrier again. Similar to Reinhardt’s barrier, it won’t regenerate it’s HP while it’s active, in order to regenerate your barrier, you need to cancel it. This ability has no cooldown either. 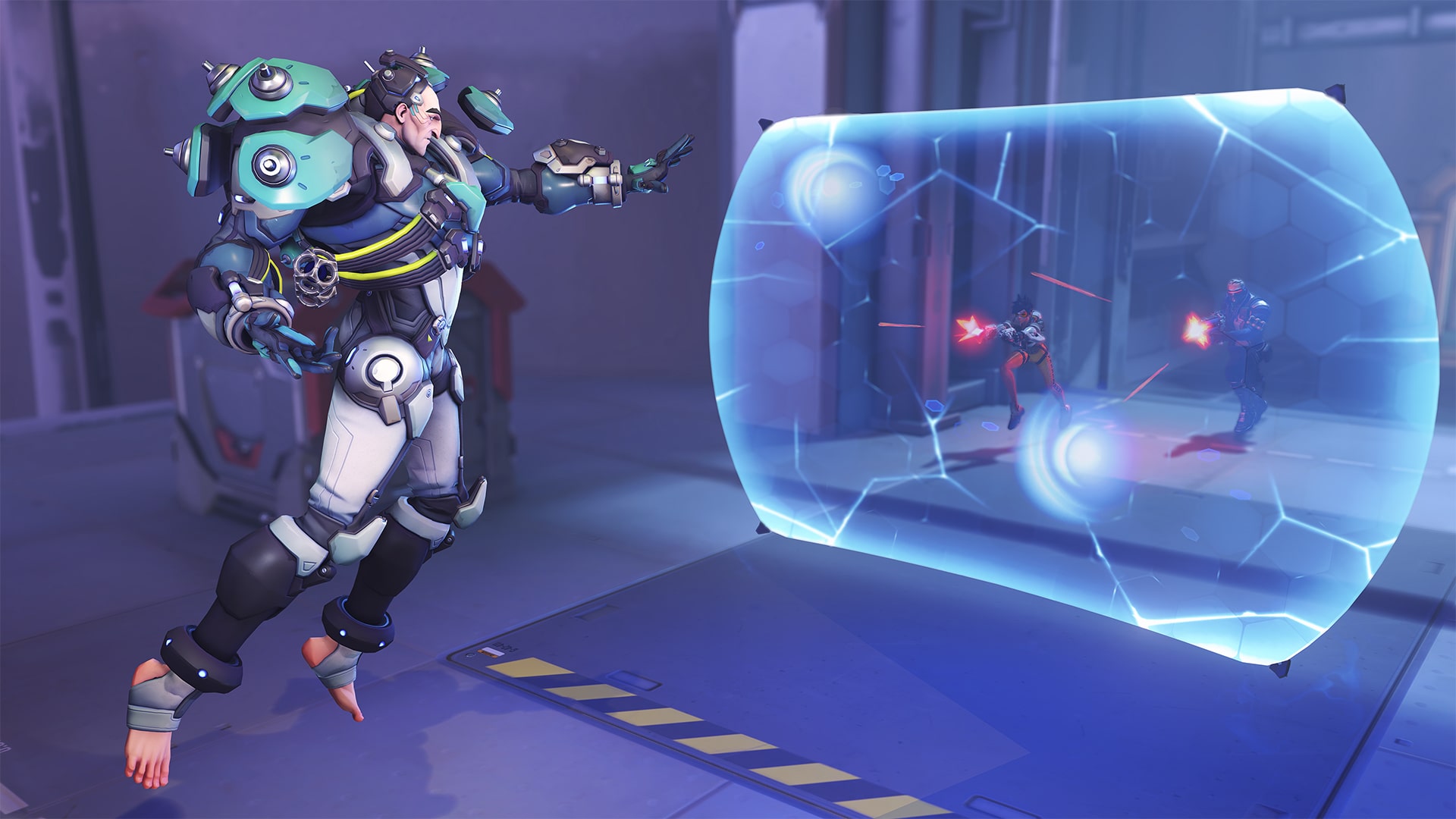 Accretion will make you gather some rocks and debris, and then tossing it in front of you doing 80 DMG when you hit someone, and knocking him down for a short period of time. The rock is quite big and you shouldn’t have problems landing it even on targets with a small hitbox. The ability channels for about 1 second and has 10-second cooldown. Therefore, you cannot spam it like you would spam the Experimental Barrier. The rock (no pun intended) will also do some splash damage to enemies nearby your target but won’t knock them. 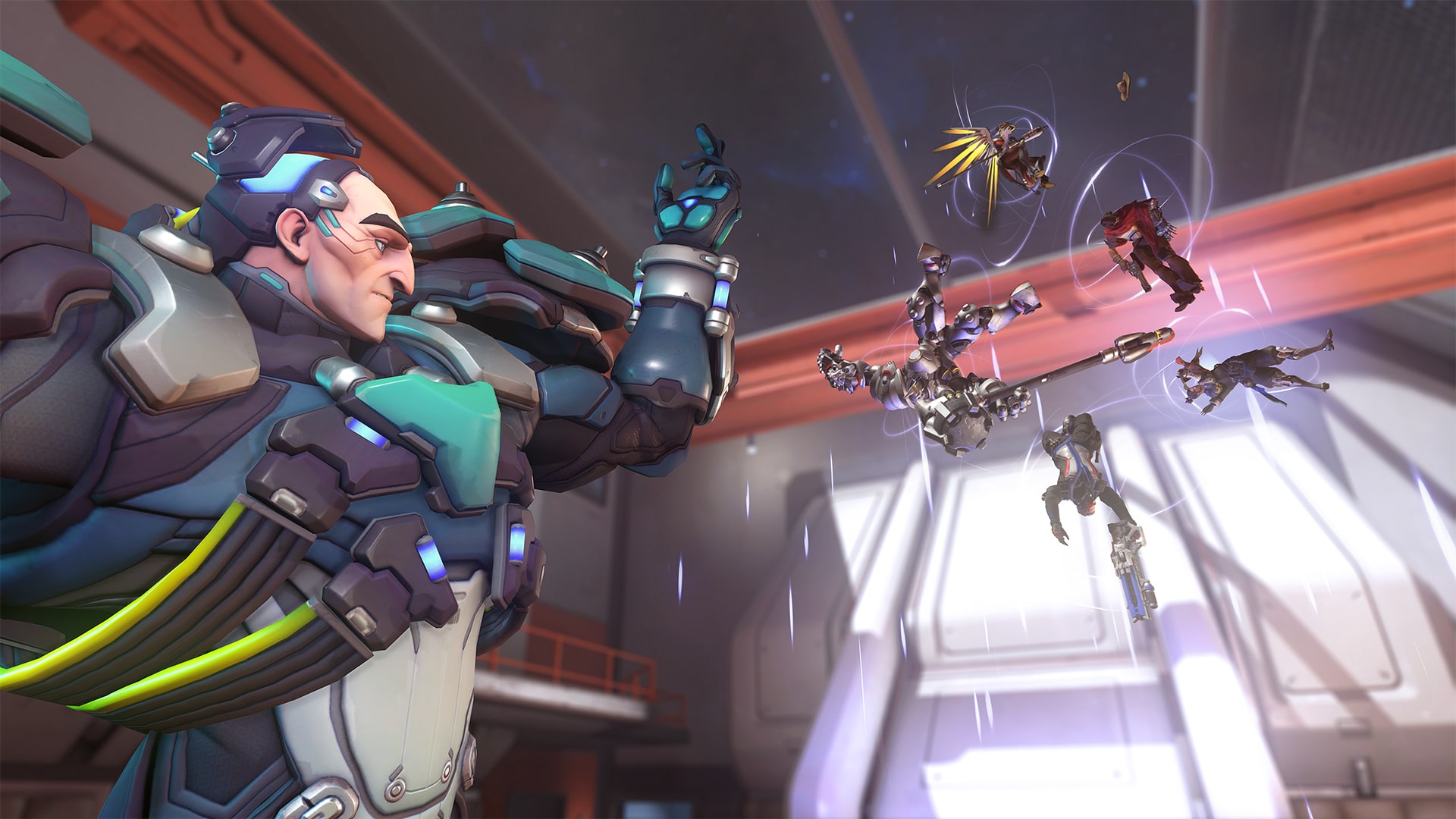 Unlike your Experimental Barrier, this ability is for your own shield only. You will absorb damage coming from the front and 40% of that damage is converted into a shield. Your front is protected only. The cooldown on this ability is currently 13 seconds. While you’re channeling Kinetic Grasp, you cannot respawn Experimental Barrier or use your Hyperspheres, however, you can recall the Experimental Barrier, cancel the Kinetic Grasp and then respawn the Barrier, or use the Accretion + Hyperspheres combo. This will require a lot of mechanical work and getting some Overwatch coaching focusing on Sigma would be ideal.

Sigma can fly during his ultimate, mark a circle on the ground and then use his powers to lift enemy heroes up for a few seconds, finally, slamming them into the ground. You need to be smart about it, communicate it with your team when you plan to use it as many combos can come out of this. All enemies caught are dealt 50 damage, and when they’re slammed into the ground another 50% of their max HP is taken away. An amazing slam dunk. Of course, just because you can fly, doesn’t mean you always should. 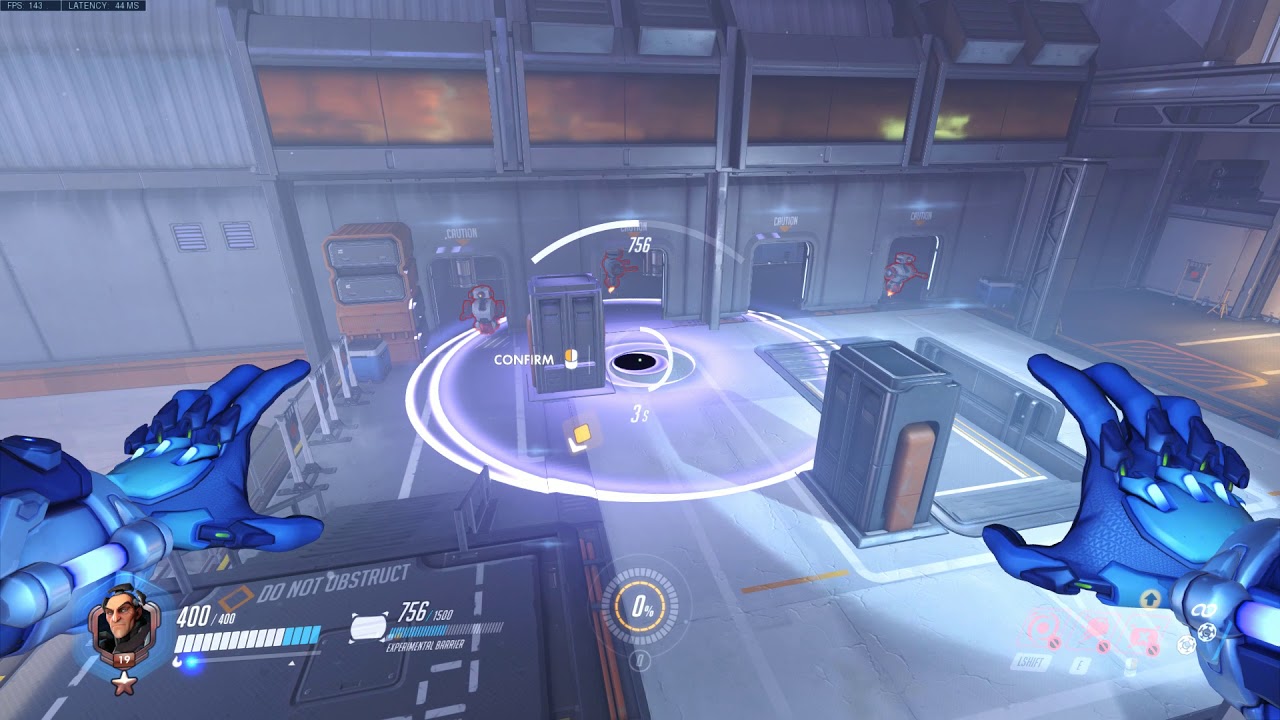 While Sigma is considered a main tank due to having a shield. I believe he’s more of a flex tank. He’s a mid-range hero with quite low mobility which prevents him from claiming high grounds. When complimented by Orisa or another barrier hero to cover more sides, he is quite good, works in mobile bunker compositions and can easily shutdown flankers. His ultimate ability is just amazing and with enough mechanical skills from the player playing him, I’m sure he will remain an overall amazing hero. Now I’d like to hear from you: How do you like Sigma? Are you having good results with him? Do you think I left out some important tips? Drop a comment in the comment section below, I would love to hear your opinions on Sigma as well!