The Most Advanced Overwatch Reinhardt Guide (2021) 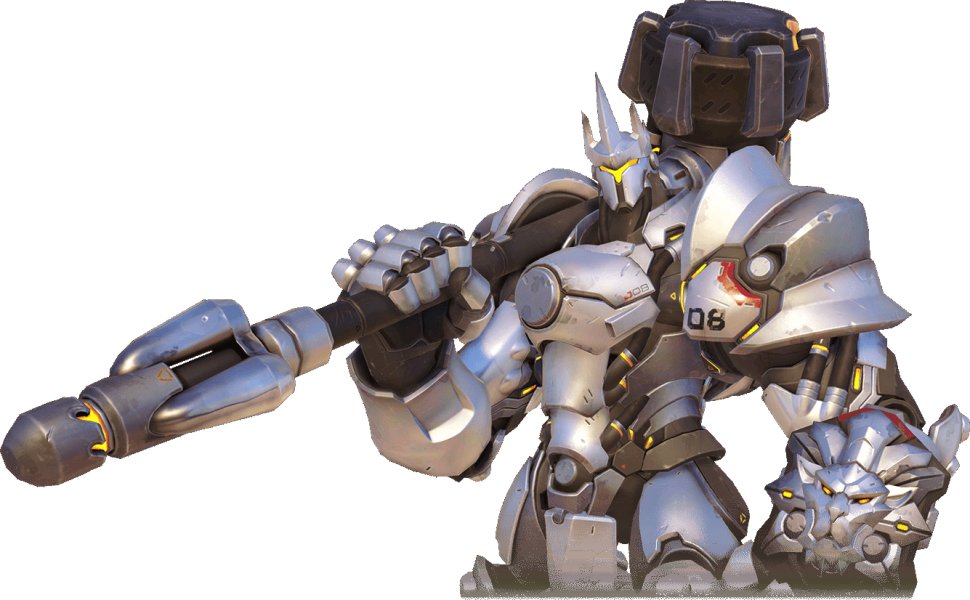 The role of the main tank is to create space and protect their team whilst providing small bouts of damage and potentially game-winning ultimates. This is the mantra of our Overwatch boosting pros who main Reinhardt. This is ever so relevant with Reinhardt; The German main tank has a large health pool accompanied by a 2000HP Shield which can be destroyed and recharged at the players will but the key to his shield is how to manage it appropriately. The goal is not to stand with it slowly dropping leaving your team with an effective ‘Shield-Bot’ - Shield bot being a common term for playing Rein to his lowest potential meaning a rein can be holding a choke point by holding left click until his shield is destroyed and attempt to drop back leaving fatal consequence for him and his team which is the exact opposite of how an effective Rein should deploy themselves. Furthermore, it is essential that you maintain a healthy shield between team-fights, as the amount of shield you have will drastically alter the pacing of a battle, determines the amount of staying power you have when holding/initiating and controls how aggressive/defensively you and your team can play. First off, break the habit of shielding simply for the sake of shielding. You should only shield when you feel it is truly necessary; that the damage presented to you and your team is threatening their safety or preventing them from doing damage themselves. Practice being calm, our OW boost team suggests.

Another important factor behind being a successful Reinhardt is game sense/Reinsense meaning knowing the correct times to be aggressive or passive and knowing when to shield and when to swing. Judging the momentum of team fights is crucial to creating space and protecting your team as a badly positioned Reinhardt is a dead Rein. A Rein has the ability to push his team forward and sees opportunities to exploit and shield when there isn’t one, allowing his team to be safe for the upcoming fight or during the current one.

A hugely impactful part of playing Reinhardt on Reinhardt in competitive matches is the main tank's ability to block Reins ultimate Earthshatter and learning how to successfully block. To do it successfully can be the difference between a won and lost a team fight. In every game, you’ll want to keep track of the opponent's Rein's ult charge, this being ever more important in ‘Goats comp’ where heavy tanks are clustered together constantly and hitting chain fire strikes charge ult increasingly fast, meaning having multiple shatters per game is not uncommon. However, with the vast number of play-styles behind Rein ult charge will vary from game to game and Rein to Rein. A Gold tier Reinhardt playstyle is nowhere near our Overwatch skill rating boosters' playstyle.

Another good thing to keep track of is the amount of time that has passed since the enemy Reinhardt last used his ult- generally ~30-60 seconds- with the rest being common sense. If you have trouble with these kinds of things, or if you’re just lazy, a very general assumption you can make is that if you are close to or currently have your ultimate, then so does the enemy, Reinhardt. When you know he has it, you can do one of two things: attempt to either bait his ult or block it.

Bait is an earthshattering block through the use of deception and mind games; tricking the enemy Reinhardt into ulting right into your shield. They range from very simple (repeatedly dropping shield & swinging -> shielding) to weird and complex (walking towards the enemy Reinhardt backward). The key to a successful bait is to lure the enemy Reinhardt into believing he can/has bypassed your shield- only for you to be one step ahead. Try not to go for obvious baits and always try to respect the enemy, Reinhardt, you never know if you're facing one of our boosting professionals. Keep in mind that as you climb up the ladder, the Reinhardts you face will begin to become more competent and as a result will be less inclined to fall for baits; as good Reinhardts will almost never fall for baits and will only commit to ulting once they are 100% certain they will land them.

In general, you shouldn’t ever let your barrier be destroyed by poke damage, and should ideally retreat and recharge when your shield is ~500 HP, rather than allowing it to be destroyed. The reason for preserving a small bit of shield is so that you have a response to potential dangers when they arise, rather than having none at all. For example, you can use this sliver of HP to shield you and your teammates from any potential D.Va and Tracer bombs, enemy earth shatters, Meteor Strikes and the like - even 1 HP of the shield can block all of the said threats safely. If the enemy team is committing to a push and your shield is low, the extra shield will buy you the time needed to reposition yourself elsewhere safe to recharge. 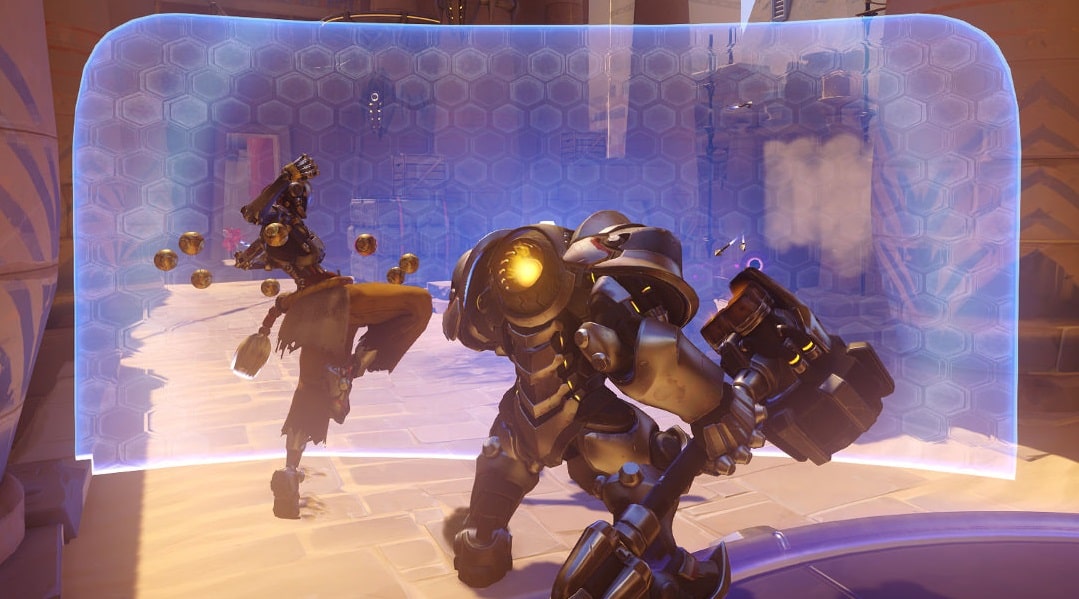 On that note, keep track of cooldowns on all of these enemy abilities. Look at the enemy team comp and think about the ranged abilities you need to keep track of, there's usually only a couple at a time. Once they use the hook, you know you have a few seconds of relative freedom to let your shield charge or get in a few swings. Only show as much of your shield as you need. On Route 66 defense at the very start, everyone always goes on top of the garage. There's that billboard thing in the front middle, and everyone stands to the left of it. If you stand slightly behind the billboard at the very left of it, you only show the left half of your shield to the enemy team and the other half is hidden behind the billboard. Your team is still all shielded because they are only standing on the left. To learn many more of Reinhardt tips and how to truly master him, opt-in for Overwatch coaching with one of our Reinhardt mains. I hope you learned a lot during this guide, feel free to leave a comment!