Overwatch Tank Guide: How to Pick the Best Tank (2021)

Blog Overwatch Tank Guide: How to Pick the Best Tank (2021) 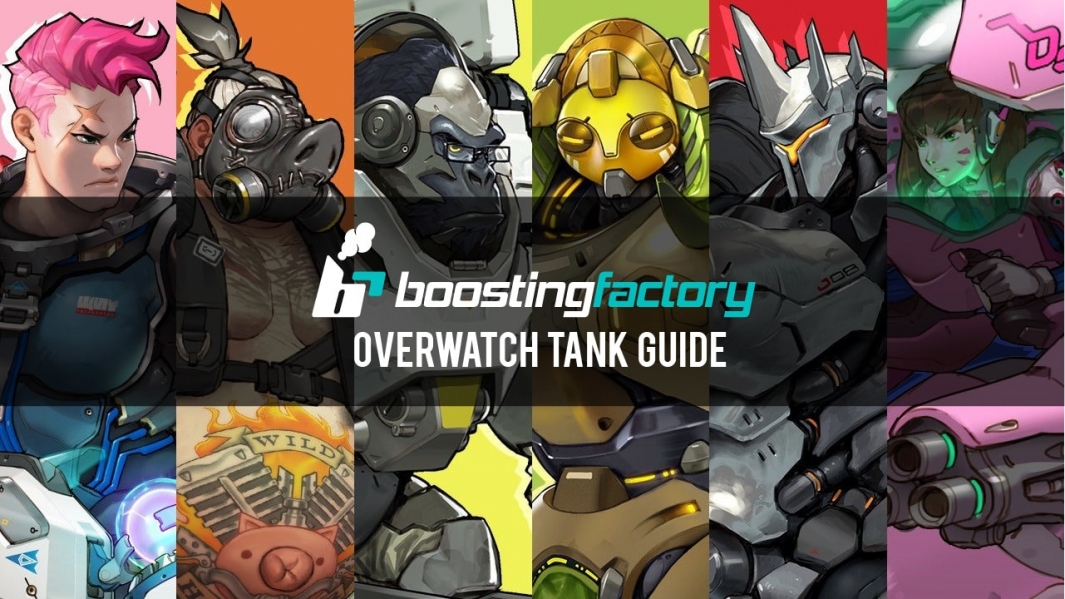 Hi! Right now I’m going to talk about the tank roster and how can you pick the best tank for every game in order to boost Skill Rating with ease on your account.

It’s not just important to play the tank well, especially if you’re a one-trick pony. It’s important to learn how to play multiple tanks and know which one to pick in every situation to maximize your impact. I’m a multi-top 500 tank player and a part of the Overwatch boosting squad, knowing tanks is my job and now I’m going to teach you the secrets of tank mastery. Let’s dig in.

Which Tank To Pick

The general advice is to pick the meta tank. You can find the meta tanks on our best Overwatch characters tier list.

However, while this is great advice, you can’t always just pick the best tank and hope for the best. Not every tank will do as good in every composition or pairing with a second tank. This is what I’m going to teach you in this guide. For now, let’s proceed with some tank tips first.

Use The Covers More

You cannot solely rely on shields, they can easily be broken and if you’re front lining and just soaking the damage putting stress on your healers, you’re preparing for a loss. Just because you’re a tank, doesn’t mean you don’t need to use the walls, covers and so on.

Work on your cover game no matter which tank are you playing, when your shields are down especially.

Tanks To Carry With In Low Skill Rating

In my opinion, the best ones to carry in low skill ratings are Roadhog and Wrecking Ball.

The reasoning behind this is that they have a huge solo impact, they can pick off and disrupt with ease, while not needing so much support from the team. This is mainly for Bronze to Platinum range.

Like you probably know, in low skill rating games you need to carry solo harder than ever due to inexperienced teams on both sides and no possibility to rely on a good team and communication. You need to take things in your own hands.

If you don’t play Hog or Hamster, Zarya, Sigma and Winston can also have an immense solo impact in low SR games. However, you need to learn how to play them properly, which brings me to my next point - the more tanks you know how to play, the more weaknesses and different situations you’ll be able to cover.

If you are a one-trick Reinhardt or Winston or whatever else, you won’t get far with your Skill Rating even though you’re comfortable with them and highly skilled. Imagine being grouped up with a tank that plays just the ones like you are or similar heroes with similar strengths. You guys are doomed. But, if he insists on picking that one, and you can fill the weaknesses that he has, you’re good to go.

In order to carry with Zarya, you need two things. Space and someone to help you create it, and two, high energy charge. In order to do that effectively, you need to pair up with a tank that allows you to get it.

If your second tank is someone like Orisa, that won’t end up well, she won’t want to soak the damage and build your ult while someone like Reinhardt, that is much more suitable and Zarya will shine. This is an example of pairing yourself properly with a viable second tank.

Roadhog is in my opinion very easy and viable to climb with to Platinum or Diamond. Like I mentioned earlier, he doesn’t need that much support from the team and he can go his own way most of the time.

He is an ideal pick if the second tank in your team isn’t that good, won’t work with you or communicate. Roadhog is then ideal because he doesn’t need that much synergy with the second tank or the team.

A lot of people complain that off tanks such as Zarya and Hog have more impact than the main tanks. I do understand what you mean and it truly does feel like that sometimes.

However, if you’re playing a main tank, the most important thing to do is taking space aggressively - and I mean it. Push and take that space, don’t feed but dance on that line between feeding and being a strong aggressive tank.

With time and practice, you will learn how to dance on that line even more beautiful. You will learn when to push, how hard to push, when to pull back and so on. If you feel like you’re doing less than on off-tank. Remember that off tanks wouldn’t exist if there was no - main tank. Main tanks are the staple of composition and no one else could do anything if it weren’t for you.

This is one of the reasons why you need to expand your Overwatch tank pool. If you only play off tanks, you won’t be able to fill the gap if nobody wants to main tank and vice versa. I and my other colleague tanks that work in the Overwatch boosting business know this, and their roster is big enough to cover main and off tanks.

As D.Va your primary goal should be to counter high ground hitscan and projectile heroes, such as Hanzo, McCree, and Soldier:76. The second thing you can do is eat Orisa pulls and Moira orbs.

However, if the enemy team picks heroes like Doomfist, Mei or Brigitte, then your strengths are now not needed and picking D.Va is not a good choice. You need something that’s better in frontline fighting such as Rein or Zarya. A tank that is good versus the enemy composition.

It’s not important what your team thinks, YOU after reading this guide should know which tank to pick in which situation and stick to that. However, it’s implied that you have enough hours on that hero and you can play him sufficiently well. Let’s talk about that a bit.

Know When You Suck With a Certain Tank

For example, if you’re playing D.Va and trying to counter that McCree on high ground, but he’s rolling out of your missiles, juke flash banging and kiting you, that’s him outplaying you and it’s possible that you’re not a good D.Va and you need more practice.

In order to fix that, you need to either watch pro players’ streams of D.Va or get yourself hours of Overwatch coaching as D.Va. We got tank professionals here and they will easily teach you the tricks with D.Va or any other hero you might need help with. It’s pricier, but it’s definitely an optimal learning experience.

If you prefer to play the tank while increasing your SR, check out our Overwatch boosting services and get yourself a duo boost where you can play the tank with a pro who can point out your mistakes while winning games with you. Fully anonymous, safe and fast.

Good luck with your tank games and I hope you increase your Skill Rating after this guide! :)