Overwatch Winston Guide - The Best Tips To Rank Up (2021)

Blog Overwatch Winston Guide - The Best Tips To Rank Up (2021) 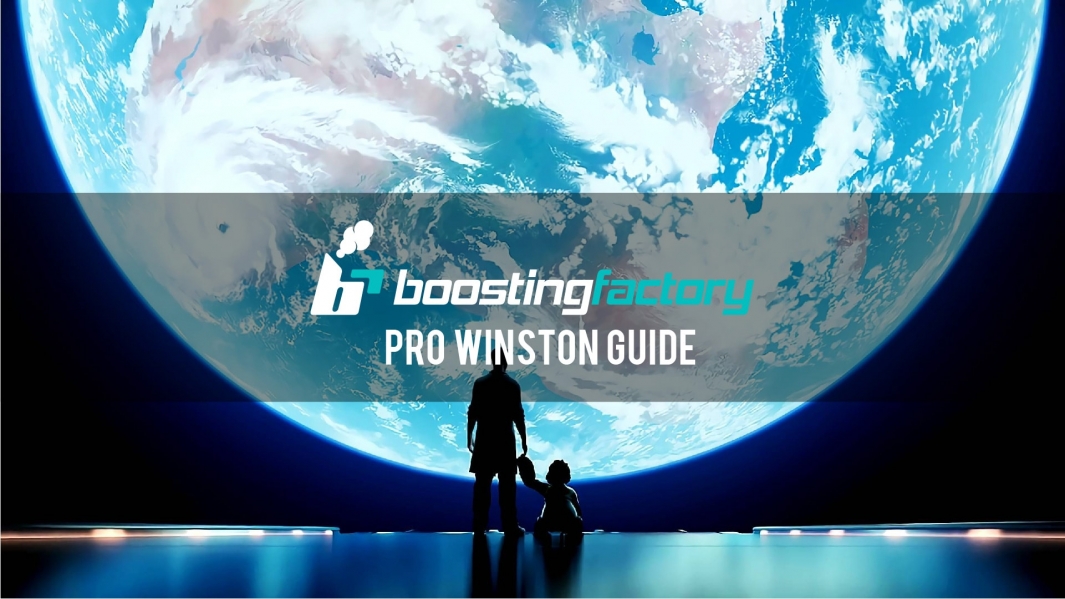 Hey everyone! Our favorite science monkey got some love recently by the dev team and is now viable to play once again. This guide should help you reach Grandmaster as Winston.

I’m a tank main and an Overwatch booster which means when I do tank Skill Rating boosting orders for my customers, Winston is a hero I sometimes need to play just like the others.

So today, I’m going to teach you how to play Winston just as well as me! Let’s dig in.

The Most Common Mistake Winston Players Do

I’ll start this guide by pointing out the mistake most bad low Skill Rating Winston players do. Just to get it out of the way first.

Not every engagement with Winston should be a suicide one-way trip! Many players think that when you jump with the monkey, your goal is to soak up as much damage as you can and die while hoping your team does something meanwhile. This is simply not true.

A good Winston will jump in, and know when to save his jump to jump out and survive for the next engagement. I will talk about how to achieve this later in this guide. Let’s proceed with Winston’s abilities now.

While Winston doesn’t have many abilities and is generally considered to be a beginner hero, he can do a lot with the kit he has.

Winston’s jump allows you to jump up to 22 meters with a relatively small cooldown. With a little jump trick, you can jump a shorter distance in order to jump on enemies that are closer to you. By holding the S key or the back of your controller, you will jump about half the distance. By landing, you deal a small amount of damage.

Winston places a shield on his position that looks like a dome and lasts for about 9 seconds and absorbs up to 700 damage. Of course, this may change with buffs and nerfs but it doesn’t change how it inherently works.

It’s not only used as damage absorption but as a means of cutting line of sight to enemy heroes such as Lucio’s Sound Barrier or Zenyatta’s Transcendence.

This Tesla Cannon does per second damage to all enemies in a range of 8 meters of distance and 6 meters of width, also called cleave damage. It’s quite easy to use, whether you’re soloing an enemy or cleaving multiple enemies down in a team fight.

Upon using this, you transform into an even angrier monkey that can only use melee and jump pack. The jump pack cooldown reduces to 2 seconds, just like your melee cooldown which allows you to punch people left and right. I’ll talk about this ability later in this guide.

The first tip here would definitely be NOT to jump in a team fight or multiple enemies without having your shield ready. The exception would be if you have ultimate ready or you’re surely picking up a kill and there’s no doubt you die there.

Most of the time, you want to jump in, put the shield around them and block any line of sight from the enemies.

In order to do good engages, you need to have an exit plan. Like I said, bad Winston’s think they’re gods, keep jumping in recklessly and dying. A good Winston will first find an isolated target, preferably a squishy that’s currently low HP and killing them, afterward jumping out back to safety because their jump is probably back on cooldown.

In case you want to jump into multiple enemies, practice and get a feel for your jump pack in order to jump on the very edge of the grouped up enemies while still dealing damage with your primary fire, therefore, you’re closer to the exit, yet you deal damage on the max range.

The first thing you need to do is try to find natural cover when for example, engaging a solo target like explained above. If you’re jumping an isolated Widow and she’s also near a natural cover as she should be not to be exposed, your goal is to jump to a side of that cover so you’re not exposed from all angles and then try to burst her down, don’t jump to a side of the cover (let’s say a rock) where you’re exposed to fire from all angles by the enemy team.

Do the “shield dance” - like I explained, you will pop a shield on top of the enemy to cut down line of sight from the enemy team, and then do the shield dance, which means you will start firing your primary fire while moving in and out of bubble fast and twitchy to try and mitigate some damage from the enemy, while still frying them down.

If they’re good, they will try to copy you and do the dance, however, your primary fire is sticky and you can’t miss, while they can. You have an enormous advantage.

If things don’t go as planned, GET OUT. Don’t be a tough guy. Think about your Skill Rating, our Overwatch boosting team’s primary goal is to get SR, not be tough and act edgy. Do the same.

Use as few resources as possible!

You don’t have many abilities and wasting shield is especially bad due to its long cooldown. Wasting the jump pack is also not a great idea. Do not use them recklessly just because you can.

If you can start a fight without using the jump back by merely just walking to the enemy, do it if you can get out or kill someone without doing the shield isolation or damage absorption, do it. Do not waste. If you’re caught off guard with abilities on cooldown you’re most likely dead.

For example, you’re on high ground and the enemy you want to kill is under you. While it does seem juicy to do a superhero landing on top of their heads and deal some damage with the pack, you could be entering a trap and left with no way out.

This is one of the staples of a good Winston, resource management, with time, you will learn to manage your cooldowns better and see how your tank Skill Rating grows.

Now I will cover the dive comp which should be Winston’s primary team composition and how you should play Winston in it.

You are the tip of the warhead in this comp. Your goal is to engage head first before everyone else and make space for the rest of your team to do their thing while you draw in attention and soak damage. However, you need to communicate with your team and tell them when you plan to engage and what will you do.

Prioritize key spaces on the map and prevent the enemies from going places you don’t want them to go to. For example, objective point, payload or a strategic high ground. Your goal is also to be the shot caller after you engage, call your target and make sure your team knows who to prioritize.

In case your team doesn’t want to work with you, they’re bad, don’t listen or whatever else. You will focus more on a “solo monkey” playstyle where you will not be the main tank engager, but rather a tank solo carry that will pick off isolated squishies such as Widow, Genji or Hanzo, enemies that are mispositioned and so on. After the kill, you, of course, return to your team.

Don’t get me wrong, your team still needs you to be the tank, however, you will try to capitalize on these opportunities when you notice them in order to turn the fight to your favor while your team isn’t following up on most of your engages.

Primal rage is mainly used as a means of repositioning enemy players - aka smashing them around. This is a very hard skill to master and most Winstons aren’t utilizing it well. The best idea would be to get coaching hours by a Winston specialist from our Overwatch coaching service.

The goal is to punch and reposition enemies away to your desired direction, isolating them, pushing them towards your team or throwing them off the map, however, it requires a lot of practice and knowledge to do this effectively as they will be trying kite you and run away, a proper chaining of melee hits is required.

If you can’t do that, try to kill people with it, the damage is still decent and squishies can be wiped out within 3 seconds of melee punching.

It’s worth noting that if you’re the last guy alive or even not last alive but the fight is clearly lost, it makes no sense to go and punch people, give them ult charges when the fight can’t be turned around. Leave it.

1. If you’re stuck with a Reaper blasting your head off, turn your head away and don’t let him land headshots.

2. If you’re stuck in a bad team fight and your team is with you, try jumping directly in the air above in order to distract the enemy team for a bit which might give your team a chance to turn the fight around.

3. Walk off the map if you’re near a hole or edge and have no jump pack while you’re about to die, but it’s coming back in a second, jump back in.

4. Right before you land on top of an enemy with your pack, press the melee key in order to get free damage because the landing will cancel the melee animation.

5. Don’t dive with the jump pack from an obvious point in a line of sight, it will just cause you to take a lot of damage or get negated by, for example, a sleep dart. Dive from proper angles and natural cover.

7. Melee usage on Winston is crucial, combine it with your Tesla Cannon. It also does more damage to armored targets than Tesla Cannon.

8. If Pharah is about to ult, jump on top of her, use the shield and block damage + possibly kill her with the splash damage backfire from the ult.

9. Don’t dive too deep where your healers can’t reach you.

10. When jumping on the Widow, mid-flight turn your head at least 90 degrees so she can’t headshot you while you’re flying.

Wrapping up the Winston Guide

I hope you enjoyed my Winston guide as I enjoyed making it for you!

As a side note, check out our Overwatch boosting service in order to get your Skill Rating as high as you’ve always wanted it, safe, carefree and complete anonymity. You can let us play on your account (including Winston!) or you can play Winston with us to your desired SR.

We’re eagerly waiting for you. :)

This page was generated in: 0.25 seconds.