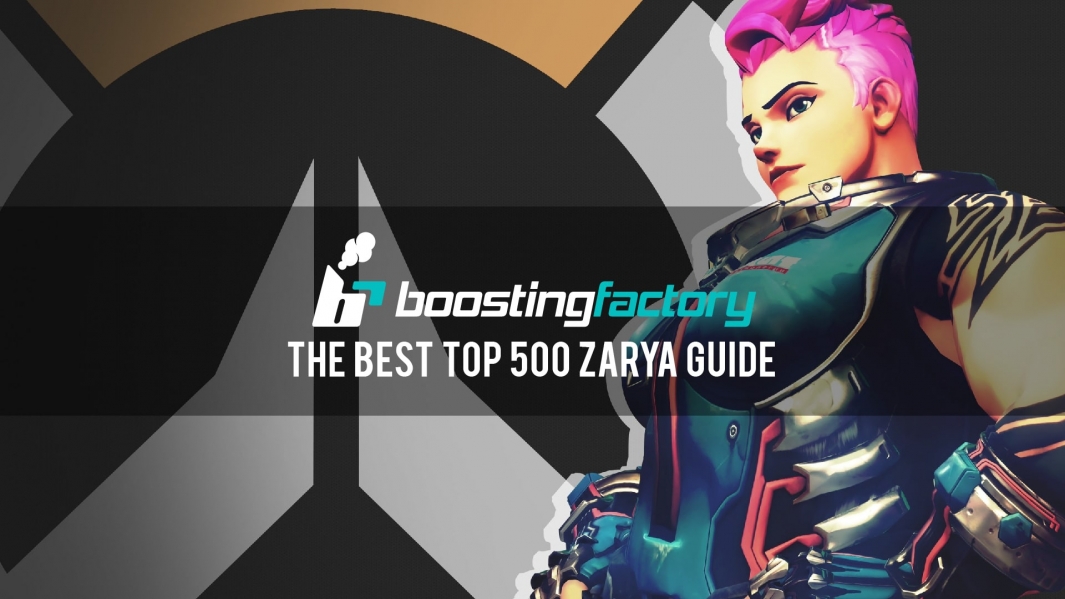 Hey hey! I hope you’re doing good today. If not, and you’re losing Skill Rating while playing Zarya, I’m positive this guide will help you.

My name is Kestavo, welcome to my Zarya guide.

Zarya’s raw power has been up and down, luckily the Overwatch team recognizes when she’s under tuned and buffs her accordingly, you can check how good is she on our Overwatch best heroes list because we regularly update the tier list.

Without further ado, let’s see why is Zarya good and how can you become a better Zarya.

Why is Zarya so good?

Zarya is definitely not an easy hero to master, in the hands of one of our Overwatch boost squad members, she is a deadly Tier 1 weapon, however, in the hands of a less skilled player who may need some Overwatch coaching before he becomes a Zarya god, she may not be as good.

A player who can build up 100 energy with her becomes extremely deadly, at 100 energy, she transforms from 95 DPS to 170 DPS, considering that squishy heroes have around the same HP, Zarya can blow them in a second or two, or even burst down tanks.

A good Zarya can deal tons of damage, create space and even solo kill people. As you’ve probably noticed, she’s a versatile hero with very high carrying potential, she can nearly replace a slacking DPS hero while being a tank.

She’s also good at enabling allied heroes, shielding the tanks from crowd control, give them more HP while buffing herself at the same time. A nice combination of tank and support.

Grav is one of the best ults in the game, I’m sure you’ve felt the pain of a good grav dozen of times in your career, a good grav followed up by a whole set of combos usually means a team wipe.

Winning a team fight with a good grav, using all that damage to build a second grav to set up another one in the next team fight makes it a game breaker that can help your team snowball to victory. This is exactly why you need to keep stacking your energy in order to build up the charge as fast as possible.

It’s truly simple maths, a Zarya that chains 10 gravs in a game, compared to the Zarya who can’t manage her energy and gets only 5 per game is immensely better, obviously.

Differences between good and bad Zarya

A good Zarya needs to quickly react to any sort of danger when it comes to her or her teammates. For instance, a Tracer bombs your support behind your back, you need to immediately bubble him to save him. There are many examples of this.

Like I said earlier, Zarya is a high skill cap hero, she relies heavily on game sense, mechanics and positioning. However, when you do master her, it means you’ve mastered the holy trinity as well! Meaning you will be able to transition to any new hero that you think can carry games with ease.

Therefore, before starting to main Zarya, understand that she is not a passive tank, your full attention is required at all times. Let’s resume with the strategy part.

Whenever there’s a fight starting, your first and primary goal should be to build up energy as fast as possible. Communicate with your main tank and tell him to soak the damage so you keep bubbling them and charging up.

If your main tank won’t synergize with you, you’ll need to find someone else who’s getting rammed, or yourself and keep bubbling them or yourself. When your bubble goes off, retreat, get back when it’s off cooldown.

You will need to evaluate, does your team or their team have an advantage, and how high is your energy in case you wish to capitalize on it. This is the game sense part that you will obtain by playing Zarya often. Whenever you fail and get punished, write down why did this happen, don’t just let it go.

It’s important that you don’t die recklessly, a good Zarya will pull back from a fight when it’s too dangerous not to lose energy and having to recharge it again, the only time you should be dying is when your whole team is getting wiped.

You’re not just a pillar

Many tanks in Overwatch will prioritize positioning over mechanics, such as Reinhardt. Zarya cannot let herself only play on positioning, as she needs game sense as well, I’ve explained how powerful she can be and nearly one-shot squishies.

Having high energy and making a sick flank play where you burn down a squishy support before anyone has a chance to react. Having yourself bubbled is imperative of course, so nobody can deny you.

Don’t be afraid to practice with tracking squishies like Tracer and Soldier and flanking them before they know what the hell happened. Let’s move on to tips that will help you to get that Top 500 boost as Zarya.

A sick combo when trying to burst down a squishy would be alternate fire and instantly melee.

For example, when coming back after a respawn, and you want to jump over a cliff or a hole, fire an alternate fire into the ground while instantly jumping in order to get a “super jump”. It will deal a little damage to you but you will close the gap between you and your team faster. The same trick works for reaching high grounds offensively or defensively.

Essentially, when you do have your cooldowns up, especially bubble, you need to push forward and burn them with primary fire, being proactive. When cooldowns are down, you need to pull back while spamming alternate fire from range. This rotation is a staple of a good Zarya.

4. Your Grav and Alt fire travel the same

Your alternate fire nade travels the same vector as the grav, so in order to do precise gravs, shoot the alt-fire into the enemy team, if it goes right where you wanted, you can launch the grav instantly knowing it will land where you wanted it. This happens on a microsecond scale of course. Knowing this also allows you to practice gravitons when actually just doing alternate fire.

5. Know when to play with MT and when to solo

Like I talked earlier, your main tank will sometimes play with you, sometimes not. Ideally, you should duo queue with a main tank when playing Zarya, if you don’t have one, you can get some duo Overwatch boosting and reach the Skill Rating you desire.

If you play solo, you can still make an immense impact by flanking or peeling your team.

6. Don’t save your grav for a perfect moment

Everyone loves the juicy 6 man gravs, however, this doesn’t happen that often, forget the Reddit clips. It’s worth using it on a single person too if it means you won’t die, or you will save someone else and turn the fight around.

7. Do not use bubbles preemptively

Bubbles need to be used strategically, the one person bubble needs to be used in the right moment when that teammate is about to receive insane damage or die. Do not use it preemptively just because it’s off cooldown. The same goes for the team bubble. Bubble management is key.

8. Position yourself in the middle to the front of the team

Most of the time you will be spending behind your main tank and in front of the backline. Somewhere around the middle, often pushed a little forward. This gives you an opportunity to use the flexible Zarya playstyle, where you’re able to peel, flank and tank whenever necessary.

Alt fire is better than primary fire when you shoot it at grouped enemy players, you will deal more damage and charge up faster.

Communication is key, you need to let your enemy know when you’re preparing and doing a grav, you need to tell them when your bubble is on cooldown. They need to be aware of your abilities or everything falls apart.

I hope you learned a lot from my Zarya guide and 10 tips. I wish you luck and godspeed, go get that Skill Rating!