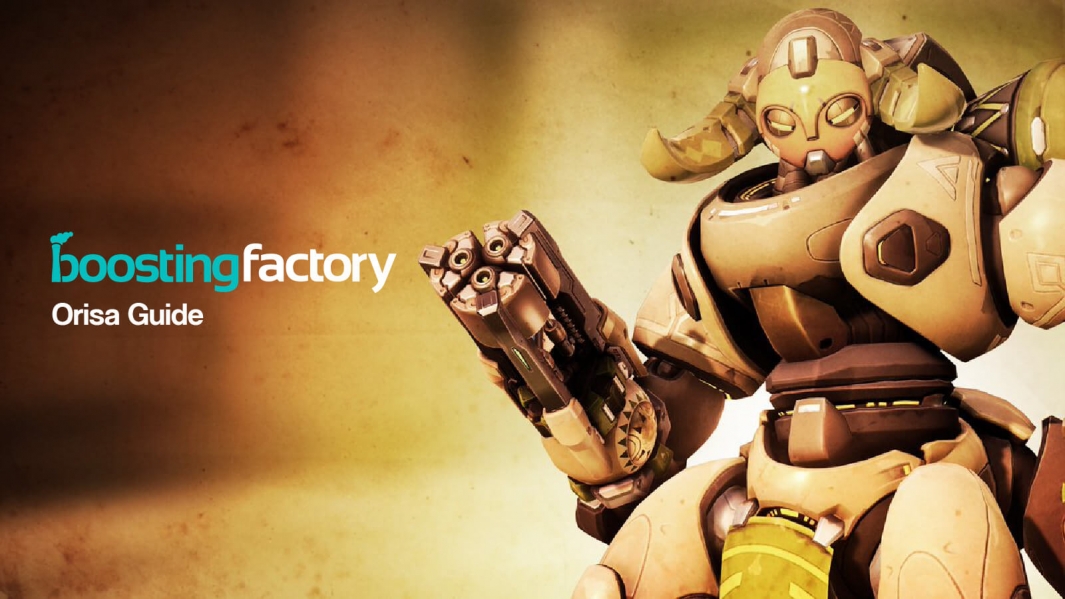 Hey everyone, today we'll cover Orisa, the Numbani Guardian. An overall excellent tank hero that you will surely dominate with after following our tips and tricks below. Let's go!

Summary Of The Developer Introduction

If you’re just skipping the video because it’s too long, our Overwatch boost team prepared a summary of the key points:

Why is there another tank being added to the game?

Developers have looked into the tanks present in the game right now, and through careful analysis, they realized that the community/players needed more tanks that are more of the “anchor-tank” role. Anchor-tanks anchor the team and build everything around them. For example, Reinhardt. Other tanks are present such as Winston, but their role is highly reliant on their mobility and harassment. For example, Roadhog punishes enemy players who are out of position.

Fusion Driver [LMB]: An automatic projectile three-barrel arm-mounted gun that seems to provide sustained damage. Similar to D.Va’s gun, it slows down the hero while firing. This would be an ability that is reliant on good aim. Halt! [RMB]: A gravitation charge that is fired and can then be detonated, slowing enemies nearby as well as pulling them towards the explosion. This is similar to Zarya’s ult instead less powerful and no duration to it. This would be an ability that would be great for positioning enemies for an ult such as Reinhardt ult or even charge. Fortify [LSHIFT]: A temporary damage reduction ability (Reduces damage taken by 50%) that also makes her immune to crowd control abilities. The buff lasts for 4 seconds and has a 10-second cooldown. Protective Barrier [E]: Orisa throws a barrier that protects her and her allies from enemy fire. The barrier looks like a stationary version of Reinhardt’s with 900 health. The barrier lasts for 20 seconds if its health holds up. This ability is a great contributor to Orisa’s nature as a tank and allows for an alternative to Reinhardt. Supercharger [Q]: Orisa deploys a device that will increase allies’ damage that are within her line of sight. It increases damage dealt by 50% to allies within a 25-meter radius as well as lasts for 15 seconds. The supercharger can be destroyed and it has 200 health. A pretty boring ult but very effective in reality.