Soldier 76: Top 6 Tips To Help You Master Him

Soldier 76 looks easy but actually is one of the hardest heroes to master in this game, which makes him a challenge a lot of players are willing to take since he’s also fairly easy to play. Soldier 76 is a great source of consistent damage that can eventually carry a team in a game. It is also very common to see the hero in nearly every game because of the advantages that come from playing him. Here are some Soldier 76 tips that you might need to improve on, so let's go.

In certain cases, while playing Soldier 76, one may need to focus more on where they shoot/aim for more accurate damage output rather than just continuous damage output. For example, trying to kill a Tracer in a duel, one shouldn't just spray, instead, do burst fire. Burst firing is easy and its firing in bursts of 5 or 3. Other instances when fighting a Winston, one would want to just spray as the hitbox for a headshot on Winston is much bigger than other DPS heroes, suggests our Overwatch boost team. Another instance where one would need to burst fire, as it is more favorable, is when you’re firing trying to kill someone and you’re near the falloff range. Your damage begins to decrease as well as the spread of your bullets increases by a significant amount, making it much harder to hit the target. The falloff range is usually around 30 to 50 meters, this obviously won't be measured perfectly during the game but instead will be determined by prediction as well as practice. This overall increases your accuracy which in turn increases your damage. 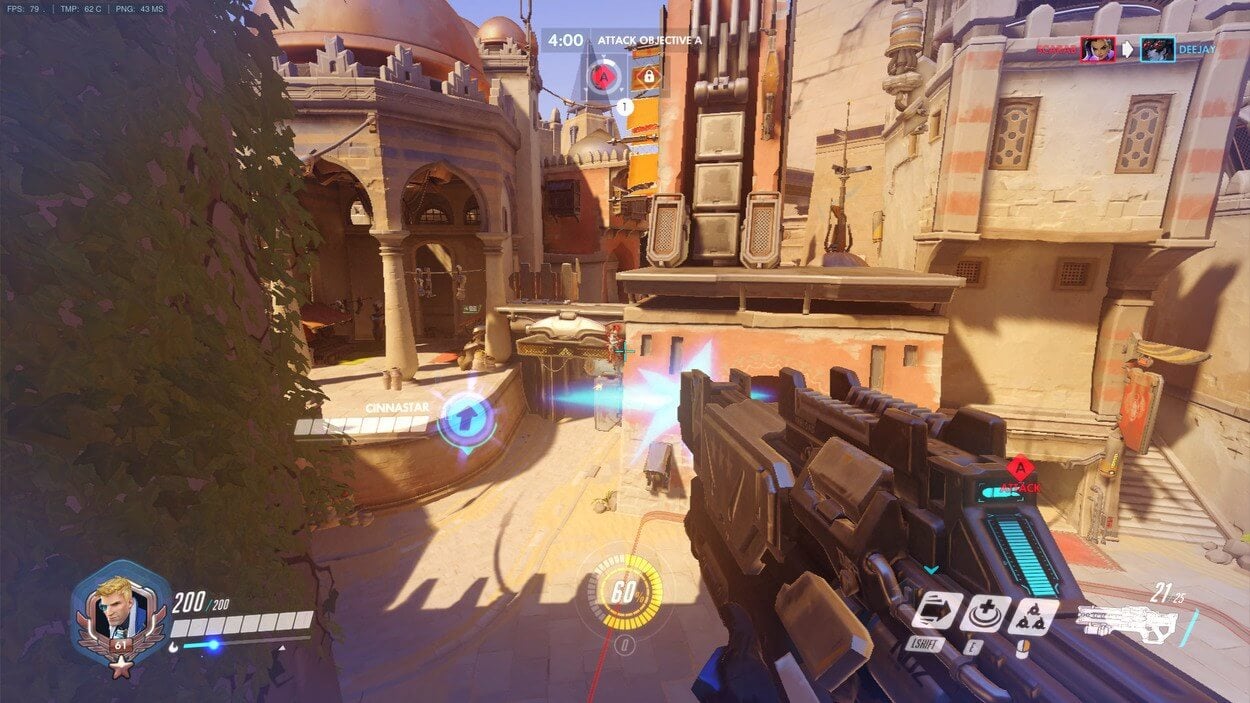 Helix rocket is a great way to finish your enemy hero with lethal damage after you’re done firing with your primary accurately. (Extra: Aiming at their feet will allow for a greater chance of you not missing the Helix rockets and is a safe output o damage that will help you do the lethal damage you need)

This is an extremely important and underestimated tip. Positioning is everything. Taking the higher ground during the game not only does it make it easier for you to shoot at your enemy, but also makes it harder for them to shoot at you. The enemy heroes will have to be focused on both you and your teammates on the ground which will confuse them or will force more effort from them. This gives you and your team an advantage where the enemy will also be afraid to push and will have to put more effort to take you and your teammates down. Having a small 200HP max you are a pretty vulnerable target so being up on the higher ground will give you the time and space to deal the damage you want to deal. Be unpredictable with the spots you stand in and that will be rewarding for you, claims our Overwatch boosting team. 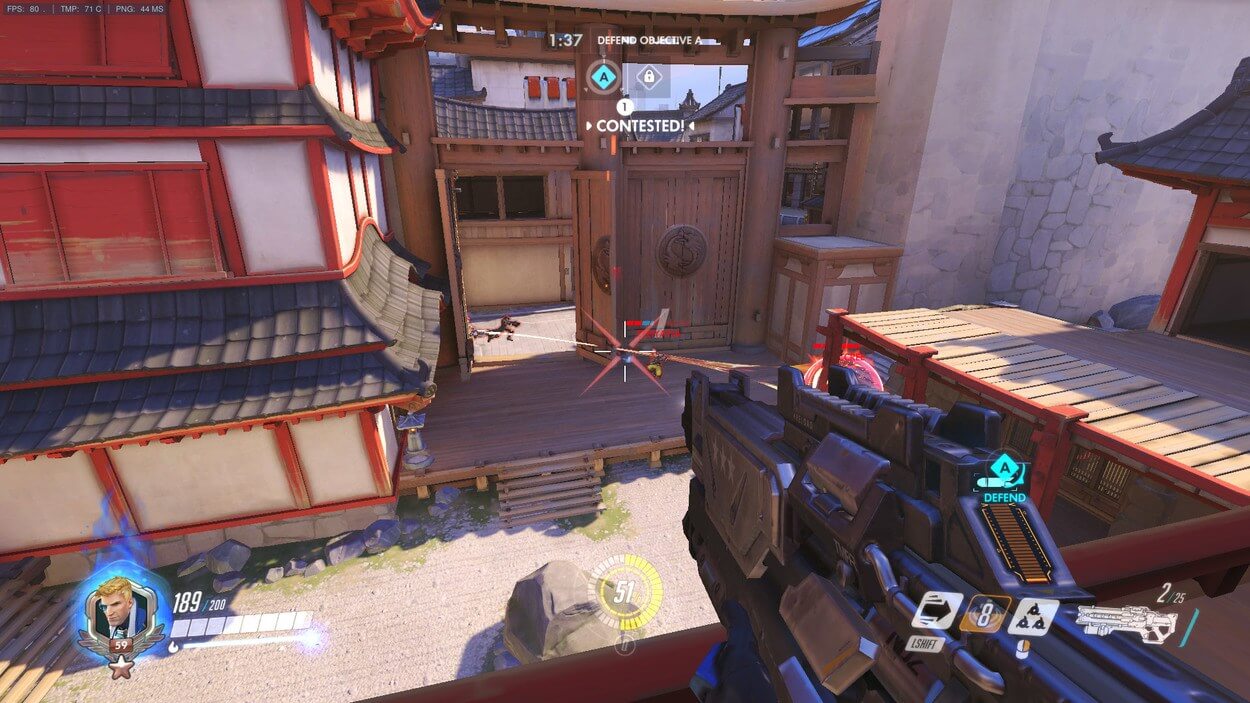 A perfect example is on Hanamura where the map has a bunch of higher ground spots for you, especially the first point. As seen in the image above, that spot is a very good spot to be on the higher ground where the enemy will be rushing through and not taking into consideration that you might be up there and ready to take them down. Killing their healer or DPS being in this position will, of course, put your team at that advantage your team might need. As a lower rank player, you must try this out in your upcoming games and from now on. This will improve your overall performance as Soldier 76 and will help you win more games!

Effective Use of Biotic Field

An effective way to use your Biotic shield, which obviously heals you and your teammates, is not to keep it and not use it on an ally when they are in need of it. Non-selfish use of the biotic field will definitely be of advantage to your team and might just be the reason your team can pull off a game winning fight/combo. Your biotic field will be helpful also when you're on the higher grounds and you get low on health and you want to stay there longer rather than go closer to a healer on your team. Another good use for it is during duels with an enemy. Putting the field down just when you engage in the fight will be very beneficial to you in winning the duel! 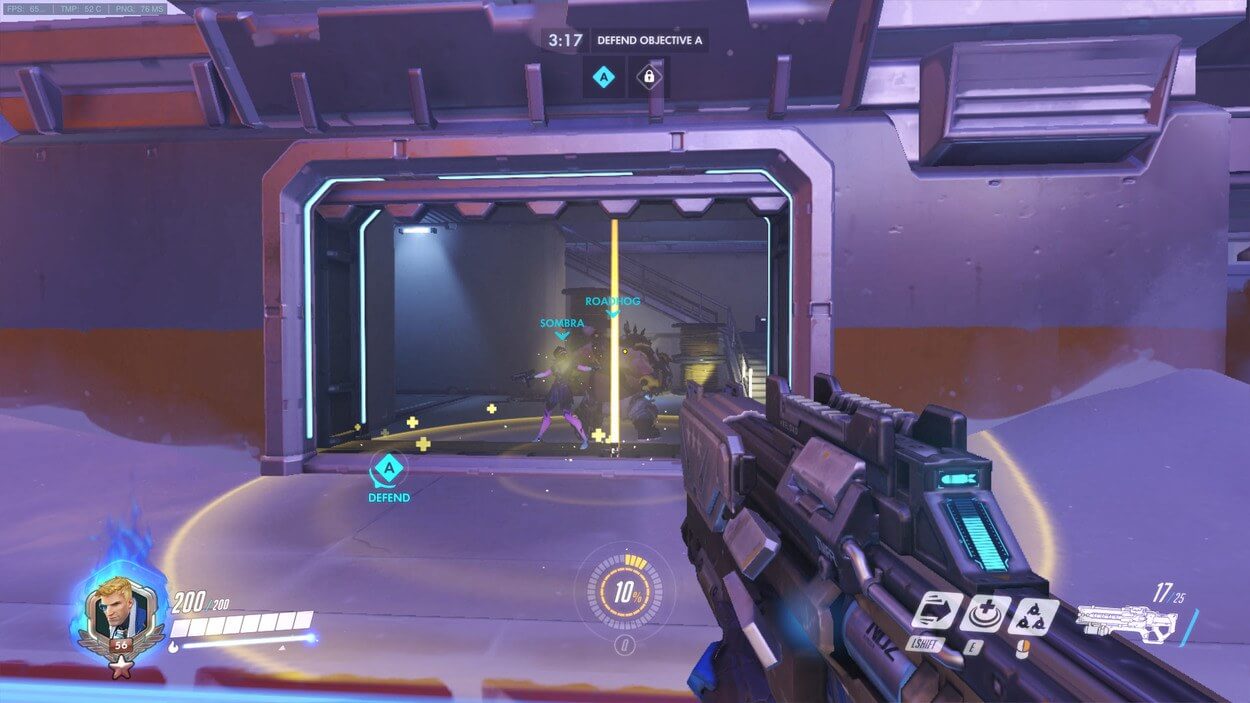 Crosshairs are something we all know about and we know that it is also customizable. Normal crosshair and the bloom feature are the ones operating by default. The different crosshairs available are crosshair, short crosshair, circle, and dot (Note: Bloom doesn't work on this crosshair). The bloom feature is extremely beneficial especially when you are trying to burst shoot. The reason why is that the crosshair begins to spread (As the Bloom feature will allow the crosshairs to spread when shooting for some heroes) when shooting and that is when you know how accurate your shooting will be. The less the spread on your crosshairs from shooting the better the job you are doing in bursting. As for the different crosshairs, our Ow boost team suggest that you play your favorite crosshairs or the ones you are most comfortable with. 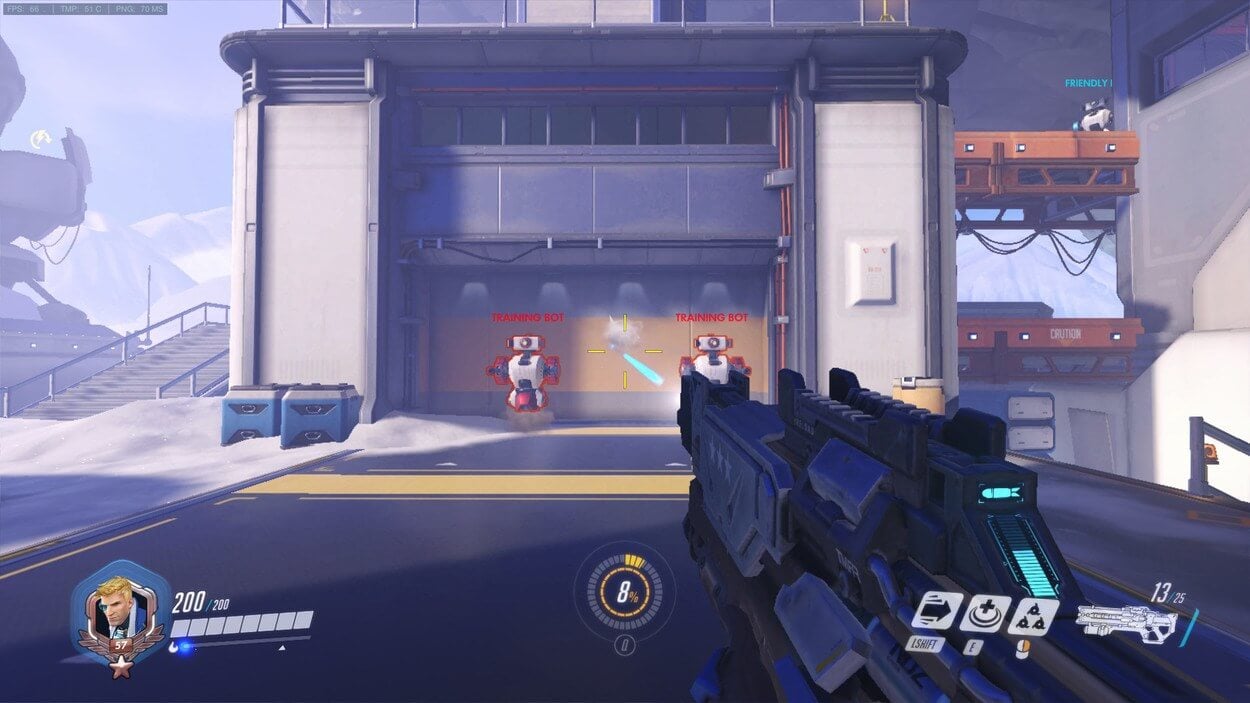 Of course, it is all up to you whether you would like to enable the bloom feature but it is always encouraged for new players as it is very helpful especially at long range when you want to know how accurate you will be. It differs from target to target how you would want to shoot (e.g. tank or healer) as you might want to spray in some instances and burst shoot in others.

76’s ultimate is very strong especially against heroes that you want to have the really good accuracy to kill (e.g. Genji). The ultimate gives you a special crosshair that stays with you for several seconds. Your shots will automatically hit enemies as long as they are in your sight or it will hit the enemy closest to the center of the crosshairs (Also gets faster reload on his Heavy Pulse Rifle). It is always encouraged to kill the healers once your ultimate is activated to be at the greatest advantage. It is always also encouraging NOT to use your ultimate when the enemy has a tank alive that can block these shots as it will go to waste. Panic ulting is also a mistake that some players do where they JUST ult without any thought put into it and end up getting a minimal amount of kills or none at all. After you reach the level of our Overwatch boosting team, these will not happen anymore. 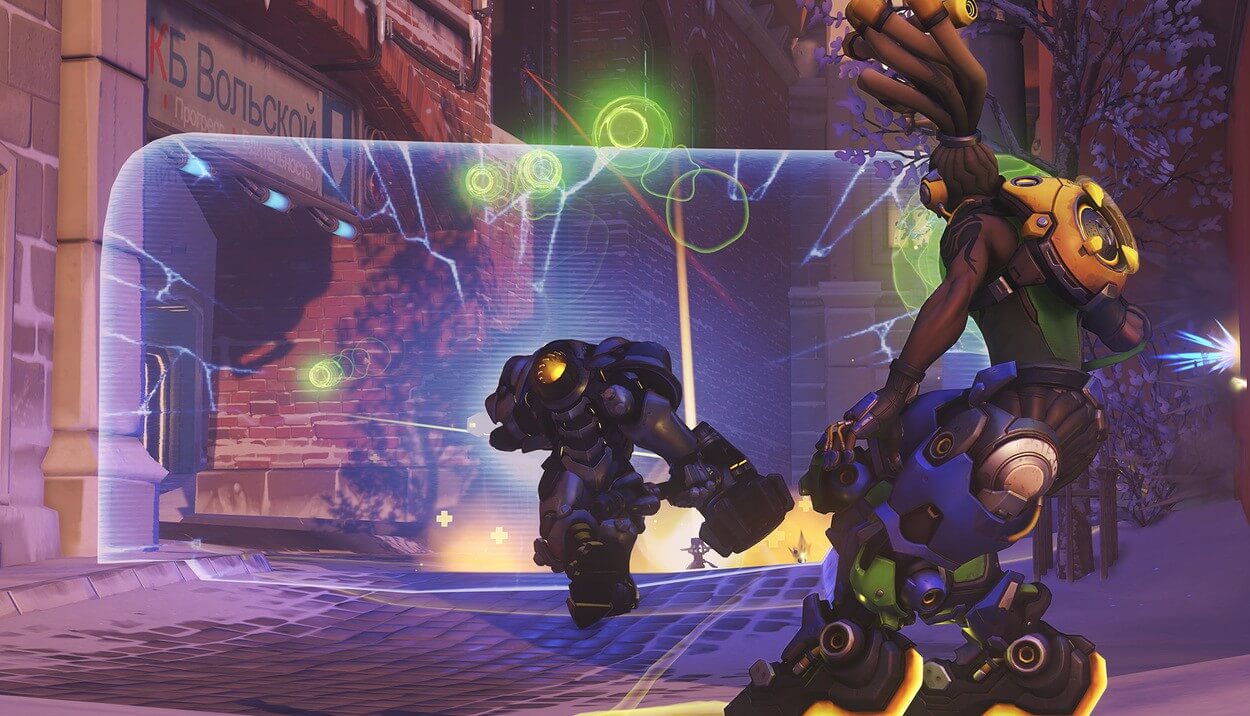 There are certain things one may do when it comes to copying what Pros do. Mimicking pros in terms of how they play certain heroes by watching them stream or watching them play competitive games is a great way to learn and understand certain tactics or ways to play a hero that you may not know. Watching professionals “just for fun” most of the time doesn't end up with any benefit to you, but watching while picking up a thing or two from what they do can potentially improve your gameplay too. A mistake that players do often is that they blindly copy a pro’s settings in the game thinking that doing that will automatically make them a better player. People often don’t realize that doing so may hurt you more than benefit you. It limits your ability to develop your own playstyle and also once the settings are changed, the settings will not be compatible with your style and understanding since a lot of your sense of the game will change and you will have to adapt to the new settings. These have been 6 tips for playing Soldier 76 that will definitely be of benefit to you in your games to come. Don’t forget to burst, study, and practice over and over, as everything does come with repetition, practice, and experience. Good luck!