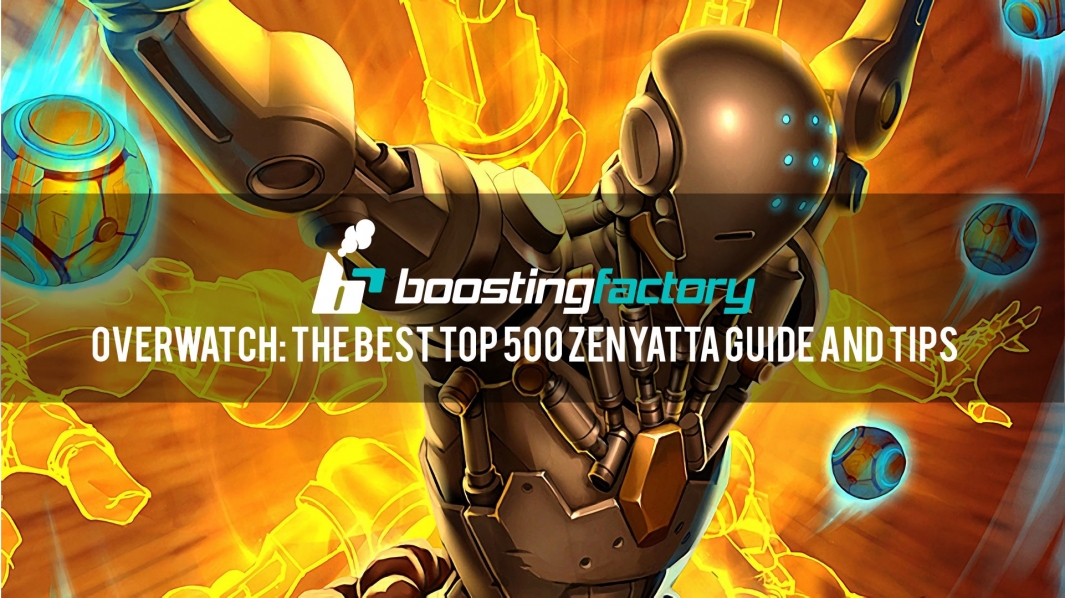 With the recent meta shift, Zenyatta went from underdog to top dog. As a matter of fact, in the early days, he was a top dog, then he got pushed out, and now he’s back. However, regardless of his position in the Overwatch tier list, Zenyatta is an amazing hero and today I’ll show you why.

Zen is a hero I will gladly pick when doing an Overwatch boost order with a support role, he can even hard carry if played properly.

Let me show you how.

As I said, Zen used to be pretty good, but then the shield meta came. Zen’s Harmony and Discord orb need line of sight to work, a lot of his damage would fall off due to shields being too powerful.

Then the shield nerfs came and now Zenyatta is a strong hero that can push through points and actually destroy the shields. This is also the reason why Baptiste is so good right now because they both provide needed damage buffs to break down shields that were nerfed.

Zenyatta is insanely good with a second support Baptiste. In order to maximize Zen’s potential, you need to play extremely good and coordinated, that’s what I’m trying to achieve with you in this guide.

Orb of Destruction currently deals 48 damage to a body and 96 for a headshot. It’s quite decent damage for a support. We’ll talk about Orb of Discord later, but you should know that it adds 25% extra damage to the target, making your damage even higher, 60 per body and 120 per headshot. Yes, if you discord the enemy squishy you can two-shot him if you’re precise.

There are two ways you can shoot the Destruction orb, the normal way 1 by 1, or a volley way where you charge it up and then release for a lot of burst damage.

The best way to use volley burst damage is by charging it up while being behind a cover, peaking out, releasing it, and then repeating. This allows you to burst down squishies super fast. The ideal scenario is where you get a squishy pick right before the enemy team prepares to push, or your team does, you cripple them really hard and carry your team to victory.

When to use regular or volley?

Using volley is usually good before the team fight happens and the enemy or your team is preparing for a push. Or when you’re confident that you can get a cheeky pickoff on a squishy.

Another scenario is when you’re changing your position significantly, you can charge it up while moving and then fire it. For instance, the enemy team tries to push on you and you’re trying to kite them, charge it up while kiting and try to burst them down.

Otherwise, you will use the regular way more often because of the charging up time and reloading time, overall DPS is lower if you would just spam the volleys.

Zen’s healing per second isn’t a lot, but if you use it as intended, it can be quite valuable. If you leave a line of sight, the orb will return to you within 3 seconds.

Naturally, pre-fight you should be orbing the person who is most likely to receive damage immediately, usually a tank. Let’s say your main tank is a Reinhardt, you want to pre-orb him so he can confidently go in and do his job.

When the fight starts, your healing focus will be shifting, for instance, healing a diver or a flanker like Tracer or Genji is a must because it’s so easy to hit them with the orb, even if they go out of line of sight, healing them for half of more HP before the orb returns is a good deal.

Your healing as long as they’re in a line of sight is amazing because you can heal allies from across the map, as long as you see them, no other healer can do that without compromising their position.

And lastly, healing supports such as Baptiste or Ana who have to spend their own abilities to heal themselves is great since they can save their abilities when truly needed.

Even though you apply a lot of utility such as healing, damage and shield damage you can’t big heal your team like Ana, Baptiste or Moira can, that’s why you need to keep them alive. If they die, the enemy team will likely overwhelm you and you won’t be able to keep your team up.

Don’t allow the enemy team to punish your second support, if that happens, you’re toast.

Orb of Discord is one of Zen’s most powerful ability, apart from the ult. I will now explain exactly what to do to make the most of it and boost your Skill Rating as Zenyatta easily.

Discord operates just like the Harmony, you need to have the target in line of sight (this includes enemy shields!), it will return back to you after 3 seconds. The ability adds 25% damage from all sources on the target that you stuck it on.

Unlike Mercy’s damage buff, as I said, Discord amplifies all incoming damage, that’s why the buff isn’t a crazy high number, but when your team properly focuses that target, the numbers go insane.

In order to maximize the value, you need to call the ability, meaning, tell your team, preferably over voice, that you Discorded a certain enemy and that they should focus that target. There is a visual that lets them know who is Discorded, but in a chaotic team-fight, you can allow your team to react even faster.

The target you will mostly discord is the enemy tank, because if they have a Reinhardt for instance, focusing him down and killing him means no more shield and your line of sight is open for more action.

The second example is Discording the dive heroes such as Winston or Tracer if they dive you, you need to Discord them immediately and try to duel him while calling out for your team to finish him off.

Transcendence is a great group heal that is usually used to protect your team versus ults such as Graviton Surge, Gravitic Flux, and Pharah’s Barrage.

It lasts for a whole 6 seconds and it gives you increased movement speed and invulnerability. Because of the positioning tips, that I will talk about later, and the smaller range of Transcendence, it requires activation sooner, unlike, for instance, Lucio’s beat that instantly tops you up with amazing shields.

You move faster, yes, but the heal is NOT instant, therefore you must take in note how long it will take you to reach your team’s to get them in range of your Transcendence and activate the ability accordingly. In case you failed this and the Transcendence will be too late, don’t use it, call it off and save it for the next fight.

In case you’re sure that you’ve healed up through the most of the enemy’s team damage, and your Transcendence still has 1-2-3 secs left, you want to use that time to reposition yourself accordingly and not just sit like a duck in the middle of your team and be exposed when it expires.

Another thing to watch out for as a pro-Zenyatta is, if a couple of your squishies is caught in a Graviton and their team is burst heavy, there’s no point in Transcending and trying to heal them up if they can get blown up through it. It would be wiser to save it for the next fight. This type of thinking will come with practice.

If you don’t know how to position, follow the three steps in chronological order:


Whenever there’s a team fight going on, you need to position yourself far in the back for starters. Your line of sight needs to be open to using all your abilities effectively. This, however, means that you will be open to flankers - but that’s normal.

You can’t protect yourself from everything, that’s how the game works. You’re protected from the rest of the enemy team unless they try to go through your team first. That’s why you will attempt to place yourself in the back - near the health packs if possible.

If a flanker or a diver comes, you will most likely have to duel them and kite them to your team or even beat them. Using Orb of Discord on them will allow you to burst them down fast.

A lot of Zen players make a mistake by overextending, even though they’re behind their team, they’re still fairly close to the enemy team, meaning a Winston or Tracer can easily rush through and get you. Keep your distance at max from your team so you can be in the range of abilities, and as far away from the enemy team.

I certainly hope my Zenyatta guide has helped you and that you will start reaching higher Skill Rating as Zen.

If you're struggling with getting that desired SR, my colleagues and I can help you easily with a fast, safe and anonymous Skill Rating boost, placement games boost and many more services. Good luck!