Overwatch Flanking Guide - Who Are The Sneaky Flankers?

Blog Overwatch Flanking Guide - Who Are The Sneaky Flankers? 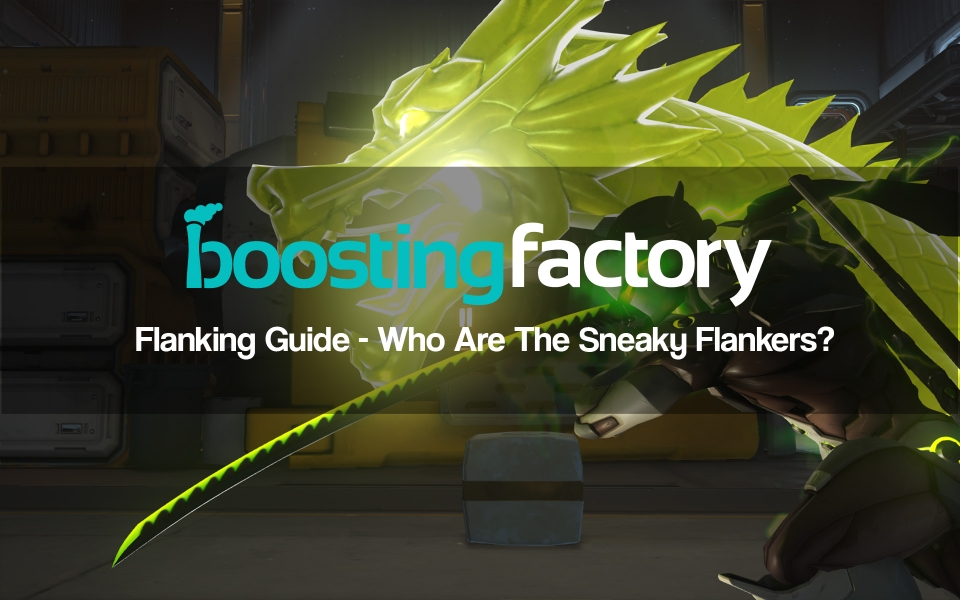 Hey guys, in this guide your Overwatch boosting folks will be talking about flanking. If you’re not too familiar with the term, it basically means to kill someone from the side or behind them. Being a generic strategy in FPS, it is even more relevant in Overwatch. So if your Overwatch placement isn’t quite what you think it should be, this guide may help you.

Most Effective Flankers In Overwatch

Tracer is that annoying pest that won’t stop bugging the enemy team with her fast fire and blinks. While she is good at harrassing, if you do that face-front, chances are high of you getting killed. Thats where the blinks are useful for -- use them to take flanking routes that were otherwise impossible to use. Another ability that helps her flanking is her Recall, which helps her sustain herself and the possibility to hit from another angle.

Being another very effective hero at flanking because of his mobility is Reaper. With Shadow Step you can easily position yourself behind the enemy. Another ability you can take advantage of is his Wraith Form, which can be a great tool for escaping because you are immune to damage during it, or you can use it to get behind them.

Abilities like Cyber Agility and Swift Strike allow you to navigate the map in convenient ways. Therefore it's really easy for Genji to get behind an enemy. The downside is that he lacks abilities to help him escape, and the only thing he can do is use Deflect to negate some of the damage for 2 seconds. But with often buffs and nerfs it remains to see how well will he do on our Overwatch Tier List.

Flanking Routes On The Maps

The Overwatch maps exist to accommodate many playstyles, and they all have extra routes that are exclusive to some heroes. Knowing and making good use of them is going to help you in your Overwatch leveling or ranking up in competitive mode. By “making good use of”, we mean to sneak through the map while having a good angle of your enemy’s back. There are many ways to navigate the maps, such as the building in Hollywood, so we aren’t going to point all of them. You can check the maps yourself while exploring them (just make sure you don’t do that in your Overwatch placement matches).

Who Do You Target When Flanking

When flanking, you should give set priorities to your targets. Your first target should the one that is more likely to kill you if you’re not paying attention, the snipers. Getting rid of that Widowmaker is not only going to help you but also your team because her distance harass will be no more. Be careful though; a good Widowmaker may be a pain in the ass due to her map control, making her often Tier 1 in our Overwatch Tier List. Your next target is obviously their support, although you can always kill them first too if you want. Supports are usually the most vulnerable and getting rid of them means their team will have no healing and no buffs. So yeah, kill that Mercy before going after her teammates, or her rez will screw you up. The target after those two is very situational. Usually, you will want to go for the hero that you killing him will be benefiting your team the most. If some of your team is struggling to lockdown the tank then group up with them. Or if your team is getting slaughtered by a DPS hero, go for him instead.

Things to be cautious of when flanking

If you’re going to flank and if you don’t have your Overwatch duo teammate nearby, you should be careful of a couple of things. For example, if the enemy team has a Symmetra, you should look out for her Sentry Turrets. The turrets themselves aren’t hard to kill, but if you are caught by surprise by them you can suffer some pretty good damage. If the turrets are combined they could destroy more squishy heroes like Tracer. Another thing worth pointing out is Junkrat’s Steel Trap. Getting caught by it will do significant damage and make you an easy target because you can’t move. Speaking of traps, when going after a Widowmaker be careful of her Venom Mine. While the damage is pretty much insignificant, your flanking stealth will be gone in a second.

Flanking is a really complex topic and we can only cover as much via a blog post, to find out more and get good at Overwatch, check out our Overwatch coaching service and choose a coach that suits your needs, get good today.