5 Tips To Kickstart Your Positioning Game

BOOSTING FACTORY'S 5TH BIRTHDAY - 20% OFF ON ALL BOOSTING 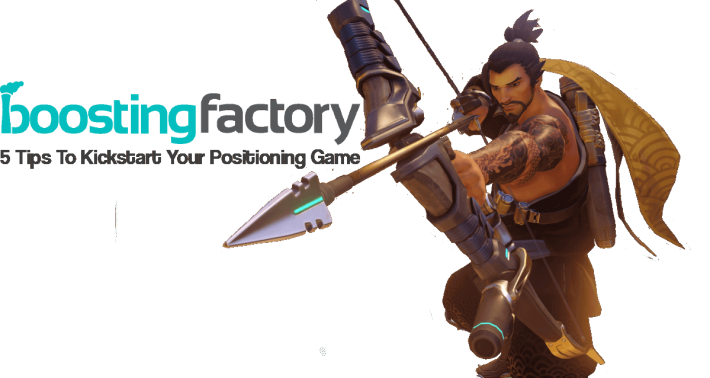 In Overwatch, one of the critical skill besides aiming is positioning. It has happened way too often: one of the tanks get caught out of position and suddenly the whole defense crumbles, supports that die before they can pop their ultimate, or an overly aggressive DPS putting themselves in danger. Your aim is not a factor here, your positioning is. Here are some tips that can help you improve this skill, because if your positioning isn't good, your win rate will suffer terribly, claims our Overwatch boosting team.

Knowing the map is the first step to getting better at positioning, and the first thing you need to learn about the map is its high ground positions. Watchpoint and Route 66 often starts with the defending team on the high ground. Numbani's point A is also a perfect example. The enemy has 4 attacking routes to choose from, and having control of the high ground makes it easier for the team to move and play around the opponent's push. If the enemy is pushing from the low ground routes, all you need to do is drop down, fight, and then reposition. If you're playing a mobile hero such as Tracer or Genji, keep in mind the locations of the health packs can be of great help. Don't rely on your Mercy to fly across the enemy team to heal you.

2. Feel Your Line of Sight And Range

Understanding different heroes' range can give you an upper hand in a fight. Against a Widowmaker, the range between her and you does not matter, and oftentimes you will want to get as close to her as possible. Against a Reaper, keeping the distance is crucial. This means that you need to know your own range as well. As a Soldier:76, you have a spread and fall off distance, therefore in order to effectively duel a Widowmaker, you need to know what is a good distance to have between you and her. Keep in mind where on the map are you most exposed to being sniped, or where can you create a choke point in order to deal more damage to the enemy, as well as where can you have an escape route in case things go south. Know your line of sight and the enemies'.

3. Play Around Your Tanks

The tank is considered the most positioning heavy role in the game. They keep the pacing of your whole team. If a tank plays aggressively, the whole team will need to follow him when he's diving in. With a more passive tank, the team needs to play around his shield and find an opportunity for a push. A key thing to remember is to make sure you know your tanks' current position. If you find yourself dying too many times, maybe it's better to stay near/behind the tanks. They are there to take damage for you, states our Reinhardt main from the Ow skill rating boosting team.

This is probably the most important, but hidden, objective in Overwatch (besides the real objective): staying alive. Some stay alive by killing, others by hiding. Your positioning is the key to staying alive. Go into your games with this in mind: how many times do I die, and how many of those can I actually avoid? How many of those come from me being out of position? There are unavoidable deaths, but most of the time you can avoid dying by having better positioning, even if the enemy has better mechanical skills. If you're a Mercy, don't fly across the battlefield to heal a dying teammate. If you're a Soldier:76, make sure that you are shooting the enemy while also being able to avoid incoming damage. If you are a Reinhardt, keep track of your team's positioning, especially the support. Often time when you get caught out of position, the healer will try to help you, which leads to 2 deaths instead of 1.

Each hero has a different way of positioning themselves. Often times, when you feel like you're just not doing a lot as a Reaper, it means that you need to change into another hero with better range, which leads us to the 2nd point: knowing your range. Keep switching things up until you find a hero that you are comfortable with (dies less, does more, and fits the team), is the last advice from our Overwatch skill rating boost team.

Order a competitive boost in Skill Rating, Placements, Top 500 and many more.

Secure the rank you deserve, today.