Overwatch Hitboxes - What Are They And How Can I Use Them 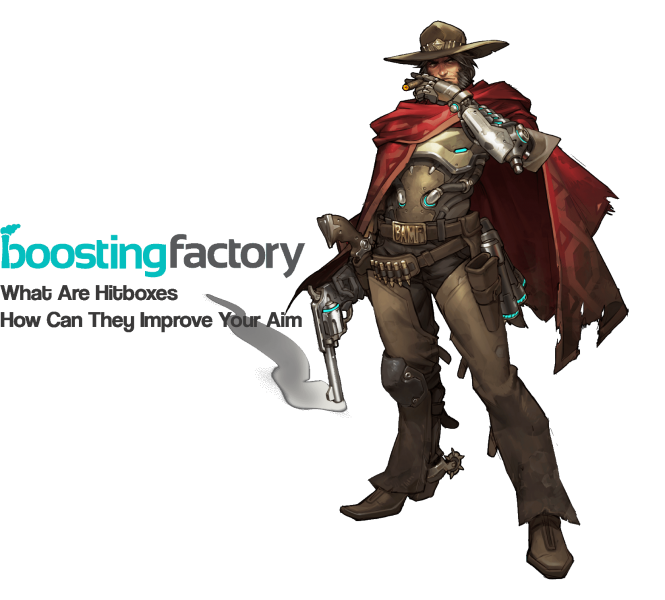 Hitboxes have always been a crucial part of a video game. It is the backbone of almost every single game you have ever played. By changing how the hitbox of a game works, you can change how the game itself feels, and even the balance of the game. And, despite a number of people complaining about the log-sized arrows from Hanzo, Overwatch has one of the best hitbox usages in the entire industry, and we'll show you why.

A hitbox is basically a box around an object that is the essence of all interaction in video games. It takes an incredible amount of resources if you want to take a character’s every pixel and determined if a projectile is hitting them, and the hitbox is the developers’ workaround for this problem. Almost everything in a game has a hitbox: your bullets, your fist, your leg, your head, even the rocks on the sidewalks if you don’t want the character to phase right through them. Nowadays, hitboxes are not just a “workaround” anymore, they are essentially a conscious game design choice. Back when hitbox was first introduced (around the golden age of arcade games), hitboxes were mostly used in fighting games, the like of Street Fighters and Mortal Kombat. As time goes on, however, developers realized that hitbox is an excellent way to balance a game. You want to make an ability stronger and more consistent? Just increase the size of the hitbox to be bigger than the actual projectile’s size, claim our Overwatch boost professionals. Do you want to nerf an ability? Just decrease the size of its hitbox and call it a day. These changes pretty much went unnoticed back in the arcade days. But as video games becoming more and more competitive, people started to realize that they’re getting hit by the air coming from the opponent’s fists and began asking questions. This is when developers started to become more open about hitboxes, their purpose and how they are handling it in terms of balancing and game feel. Hitbox is now a must-known concept to any competitive players or even semi-competitive ones. Even though they are much more complex than they used to be, they all serve the same purpose: keeping the game’s balance in check while also help with improving the “feel” of the game.

Blizzard is usually regarded as one of the best companies around in terms of video game stories, art, music, and the world. However, one thing most people don’t realize is that Blizzard’s game always has a nice “feel” about it when you play. For example, in Overwatch, there’s this satisfying beep sound when you kill an enemy, or the red cross that grows larger in the middle of the scene as you headshot people, or even the screen shake when you get grabbed by a Roadhog (R.I.P). All of these, while you may not have noticed it, make the game feel very satisfying to play. An integral part of this “feel” that we’re talking about is the hitbox, and we're gonna give you a quick overview of how this is implemented in Overwatch. Overwatch uses the “edge-to-edge” hit detection, which means that if the edge of the Hanzo’s arrow’s hitbox hit the edge of that Tracer’s tiny little head hitbox, the Tracer is pretty much dead. This style of hit detection rewards precision aiming while also leaving a bit of room for latency. This, however, means that sometimes weird things can happen, like when Hanzo headshot when you are hiding behind a wall by hitting your ears, or it was just unbeatable precision from our Ow boosting team. ;) Here’s an example:

Another core mechanic of Overwatch’s hit detection is the “favor the shooter” system. This means that everything in the game will be measured from the shooter’s point of view. So even when you dodged that Pharah’s rocket from your point-of-view, as long as it hits you from her perspective, it’s a hit. This also applies to Roadhog’s hooks and most other projectiles. And, despite how wrong it may sound, one of the better uses of hitbox in Overwatch is how not accurate it can be. Take Reinhardt's swing for example. The hitbox can not be more unsynced to the animation, but it makes the character feels better to play and actually is really important to the balance of him. Here’s how his hitbox works: 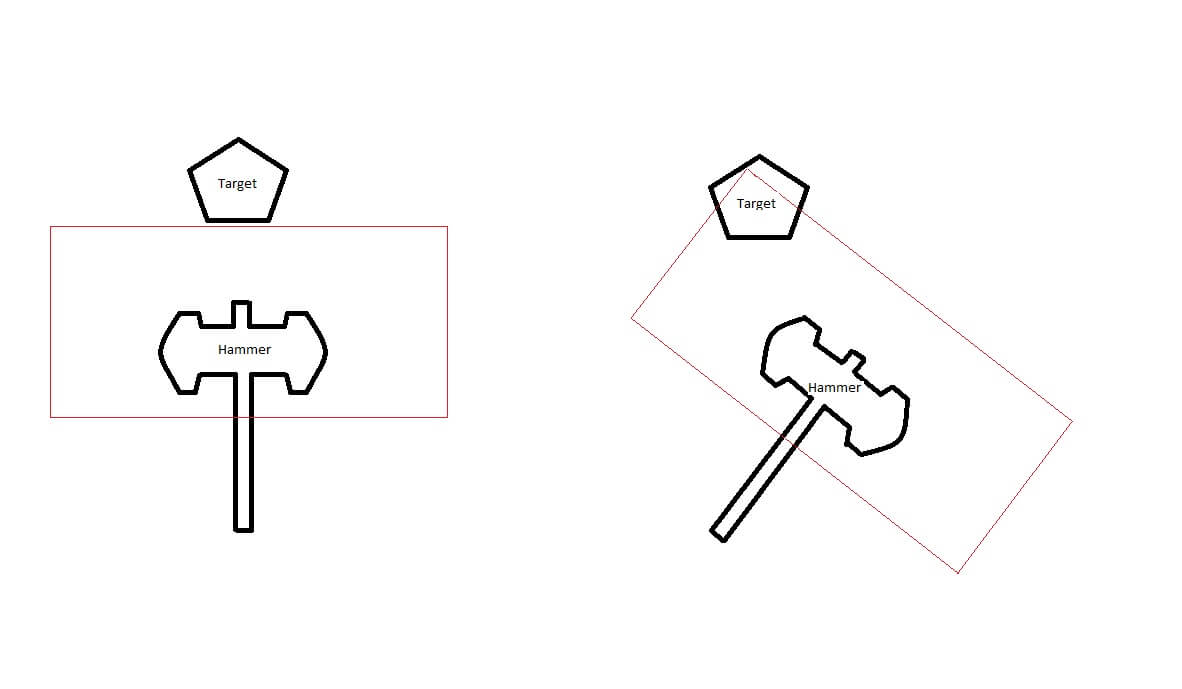 Seems horrible right? Well, it doesn’t matter. The character works, it feels great to play as him, and he is balanced. That’s all that matters. This is not an easy decision to make, and this is why Blizzard is one step above other similar game companies in the genre. Some other examples of this are Tracer’s unusually small hitboxes, making her a lot harder to hit, which enforces the “zip zap you can’t hit me” playstyles. Widowmaker’s head which has a slightly larger hitbox, making her easier to get counter-sniped, claims our Overwatch Skill Rating boost team. Hanzo’s arrow, which we already know, has a larger hitbox than the actual projectile, making him feel really satisfying to play while it doesn’t affect the balance of the game in a negative way.

How Does Knowing About Hitboxes Help Me?

So you may ask: “This information is cool and all that, but why do I need to know it, or how can I get better using it?”. Actually, this information has huge applications in the game, some of them you might have already been using but probably just not realized it yet. One of the more popular ones is to look around while meleeing. Doing this will increase your melee hitbox by a ton since it’s fixed towards the direction you’re looking at. Think of meleeing as shooting a laser beam, the more you look around the wider it hits. You can even do a 360 degree hit as Reinhardt if you turn while swinging! This is an extremely good way to get extra damage on those pesky flankers that always zip-zapping around your team, namely Tracers and Genjis, when your aim can’t follow them. An advanced technique that is tied to using hitbox effectively is flick shooting. Because of the way hit detection is handled in this game, you actually have more chance of hitting the enemy while flicking towards them. Therefore by focusing on an area, then flick towards the enemy for the shot, then flick back to the initial area, you will actually land more shots. This technique is utilized by our Overwatch boosting team on hit-scan heroes, most notably McCree. This is not an easy technique to master, however, as it requires a lot of muscle memory. You can do this by hitting the Practice Range or a custom game, then do the following: focus on an area, flick to the enemy and shoot, back to the area, repeat. This will build up your muscle memory over time, and you will see a significant increase in accuracy when you use this in a real game. Flicking also helps you to become more and more accustomed to the hitboxes of the game, and over time you will find yourself noticing where you should really aim for if you want to hit the enemies, and more importantly, their heads.

I hope my guide on hitboxes in Overwatch has helped you and that your aim will become better. Feel free to leave a comment and check out our Overwatch Coaching page to find a coach that suits your needs in order to show you hitboxes and much more, more efficiently.

This page was generated in: 0.78 seconds.