Learn How To Master Doomfist In less Than 5 Minutes

Blog Learn How To Master Doomfist In less Than 5 Minutes 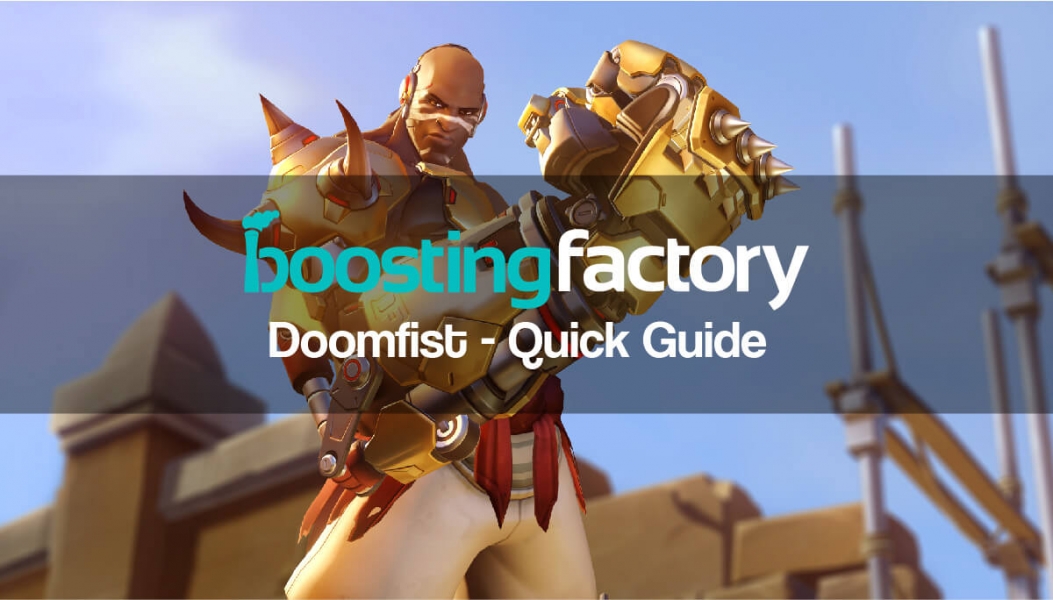 Doomfist is a hero that our Overwatch boosting team has predicted would join the game. :) He’s an offense brawler hero. How does he rank on our Overwatch Tier List, click and see. We won't take much of your time but we'll give you just enough info to learn how to play Doomfist. So let's start! Real Name: Akande Ogundimu, Age: 45 Occupation: Mercenary Base of Operations: Oyo, Nigeria Affiliation: Talon

- Hold to charge then release to launch forward and knock an enemy player backward. Damage increased if the enemy hits a wall. 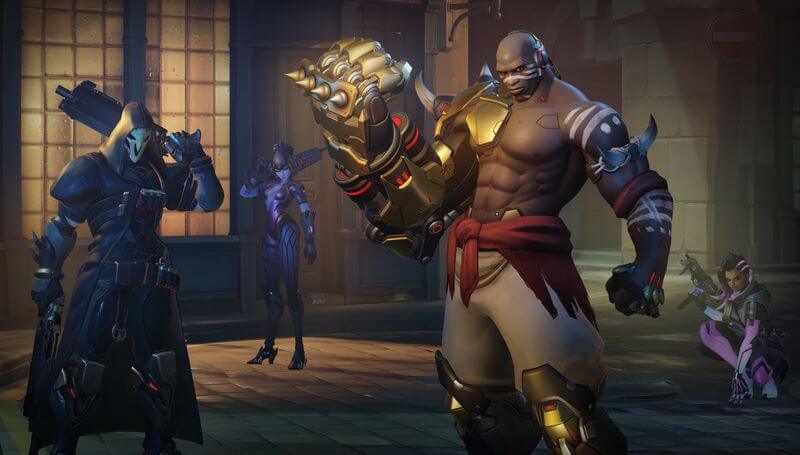 1. Sombra - if you get hacked, you're screwed as you're really ability dependant. 2. Orisa - her whole kit is like it's designed vs Doomfist, her shield is mobile, Halt! can be used to pull you away and Fortify prevents knock ups, knockbacks or damage. 3. High mobility heroes like Tracer, Genji and Pharah - you will have a hard time catching them and your hitbox is quite large. 4. Anyone that can keep their distance and shoot from range.

1. Yes, his primary fire is a shotgun, but it has no damage falloff. It’s surprisingly potent at medium ranges. Get damage in with it before lunging in position for the kill with the rest of your kit, and be sure to use it as a finisher after you use all your skills. 2. Our time with Doomfist has led us to believe he’s excellent at catching one or two heroes out and separating them for fast kills, much like Roadhog does. Also, like Roadhog, he’s surprisingly vulnerable in the fray. Try to put in some thought about your decisions before going in. 3. Rising Uppercut has kill potential, but it’s also your prime mobility tool. Think of it like a Junkrat mine--you can do damage with it, but it might be more effective to use it to get somewhere else quickly like one our Ow boost team members would. 4. If someone’s out in the open, the “combo” is as follows: Uppercut, Seismic Slam, Rocket Punch, left click. You can change the order, of course, especially depending on character type and how much health they have. In any case, this will make short work of opponents. 5. You don’t always have to charge Rocket Punch all the way for optimal play. Sometimes, it’s better to just use a quick burst to finish someone off or close a smaller gap. 6. Meteor Strike is best used as a mobility tool for a DPS tool. Seeing the pattern? You can use it to “skip” the frontline and go directly to the backline, picking off any healers or weak offense heroes. In this way, Doomfist is most similar to Genji. 7. Try not to force fights like a tank would. Doomfist thrives in up-close encounters, but can’t always force them. He is a hero that requires patience to play to his full potential. Be careful with your engages, because you are the embodiment of “glass cannon.” 8. You probably figured this one out already, but Seismic Slam is best when targets are grouped up. In the first team fight on a payload map, it can be a devastating threat. 9. ”Mobility” doesn’t just mean “aggressive play” for an Offense hero--keep this in mind when playing Doomfist! Save your tools if you’re uneasy about a fight, or if you think you can get more out of the fight by disengaging. Even if you decide not to leave the fight, saving the tools for later can bait the enemy into overcommitting to a fight when you have more firepower.

I really hope you enjoyed this Doomfist guide and that you'll make good use of it. Feel free to leave us a comment below.