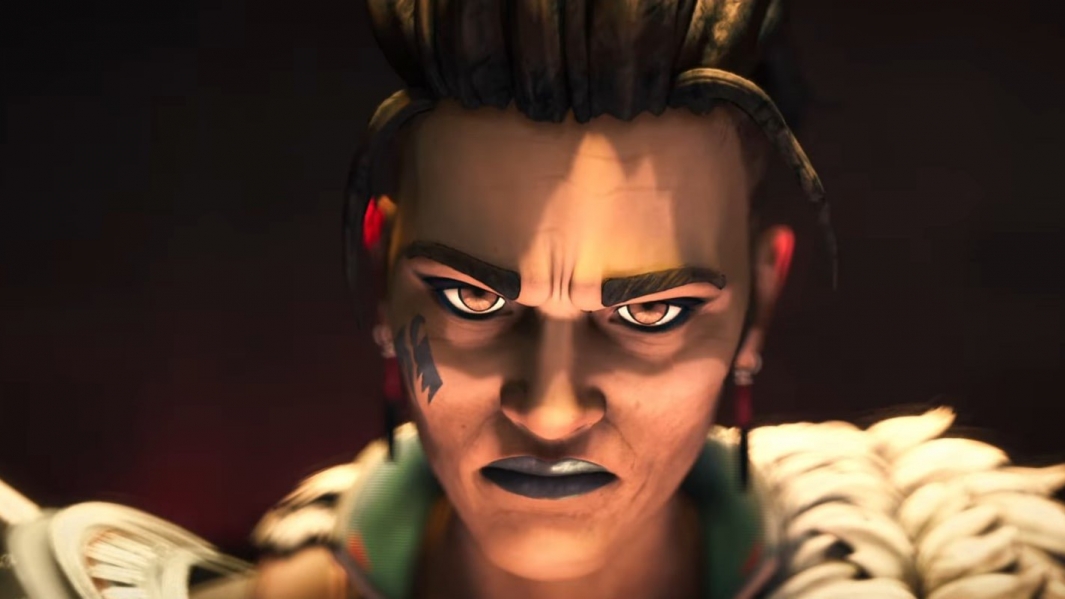 I’m a professional Apex Legends booster here at Boosting Factory and every season Apex Predator player. I’m qualified to play all legends, which means, Mad Maggie as well, especially when I need to do a 20k badge with Mad Maggie or a 4k damage badge.

Let’s start with her passive.

Whenever Mad Maggie damages an enemy, they will be scanned for 1-2 seconds. This also works with her drill that passively ticks damage. On top of that, she moves faster when carrying a shotgun, to be more precise, you move with a shotgun as if you were moving with no weapons out.

Meaning that during rotations, you should be having your shotgun out at all times, which could take some time to get used to. It also helps a lot during close-quarter fights when chasing enemies, and engaging with them while strafing left and right during your aiming.

The ability is straightforward. Mad Maggie can throw a drill that attaches to an obstacle, such as terrain, walls, doors, and even protective abilities like Gibraltar’s dome. Once it attaches, it burns through on the other side and does about 120-160 damage if someone were to stand in it for full duration.

It does not have a slowing effect so just moving away from it seems pretty straightforward, right? Right. However, the goal of this ability is to make enemies do just that, your goal isn’t to kill them, it’s to zone them. Meaning, you want enemies to move from behind that cover to somewhere you can kill them, while the drill hopefully did a little damage to them in the process.

Once you equip the ability and aim it towards the obstacle, depth will show on your screen, what this means is that if it says 3 meters, it will burn 3 meters deep on the other side. The thinner the obstacle, the more depth, you can get about 5-7 meters through thin walls.

As mentioned earlier, this is a hard counter to Gibraltar dome since it’s very thin, meaning that it will burn anyone inside the dome, same for the Lifeline’s care package if used as cover. You can also attach it to Caustic’s barrel making it a counter against him as well. Regarding Wattson’s ultimate, it will indeed destroy your drill as it’s classified as a projectile, however, if it’s not in line of sight, it won’t and the drill will work fine.

As you can probably conclude, Mad Maggie is a counter to all defensive abilities and camping. It will be interesting to see how this reflects in the meta.

Mad Maggie can throw a wrecking ball in the desired direction that moves swiftly and detonates near enemies or when it reaches maximum distance. While traveling, it leaves blue circles on the floor that you can run over to get a speed boost.

The ability has a relatively short cooldown of 1 min 30 seconds, meaning it’s not intended to be used wisely but rather more often similar to Octane’s jump pad. Use it pretty much every fight when pushing or escaping.

The speed boosts don’t stack up, meaning that you can miss one if you can get to the second in time, you don’t have to pick up every single one. However, they do stack with Octane’s stim, or Bangalore’s passive, or Bloodhound’s ultimate.

The ability does not explode for much damage, regardless of how dangerous it looks, it’s 10-20 damage, nothing serious, therefore, it should be primarily used as a speed boost, and not meant to damage enemies.

It’s also worth noting that it cannot be destroyed by weapons by you or enemies, and enemies can also use the speed boost pads it leaves on the floor. It will be blocked by Gibraltar’s dome, so if throwing it from the inside, make sure to go outside first. You can also propel it with Octane’s jump pad to make it go further, allowing you to cover a serious distance, first with the pad, then with the ball.

Revenant ultimate + Maggie ultimate can also be used as a great pushing tool.

Mad Maggie is clearly an entry fragged and a pusher legend. Meaning she will do best with a close to mid-range rifle and a shotgun due to her passive. For example, an R-99, Prowler, or R-301 combined with an EVA-8, Mastiff, or Peacekeeper.

You should be playing with other legends who are highly mobile and more pushing-oriented. For example, you want to play with Octane, Wraith, Bangalore, Pathfinder, Revenant, and so on, and not with Wattson, Caustic or Gibraltar.

Thank you for reading my guide and I hope you learned a lot about Maggie. Meanwhile, please check our Apex Legends rank boosting where my colleagues or I can help you reach any rank in Apex Legends, risk-free, starting today!