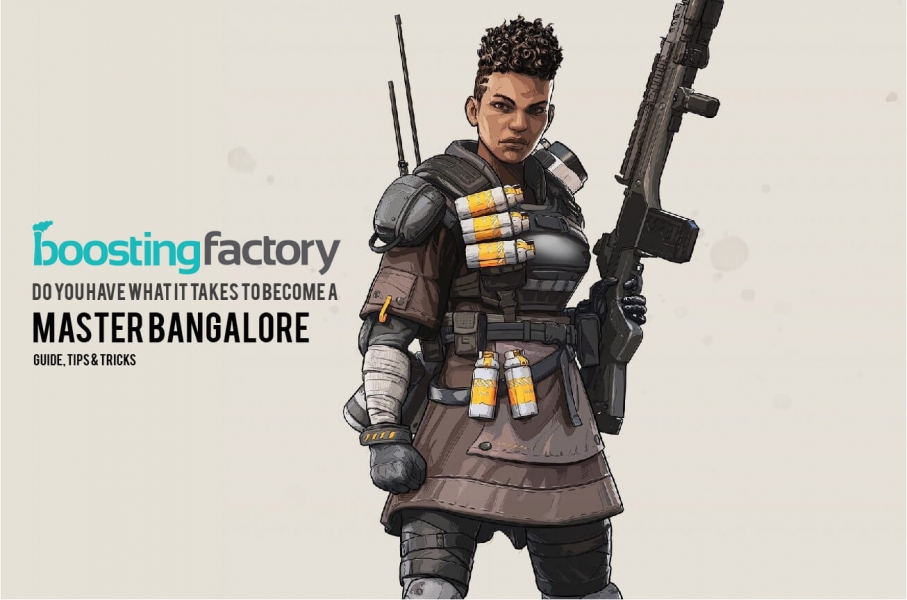 Bangalore, the Apex Legends' soldier is what you would say is a basic Call of Duty style soldier, you got guns, smokes, airstrike and GG. However, this is only partially true, every Apex Legends character has deeper playstyle and skill cap.

You will only get as far by aiming well and shooting at people. You need to learn how to synergize with other legends and to use your abilities in the best possible way. That's why our Apex Legends boost squad is here, featuring input from one of the best Bangalore players in the world to show you how to become a Master Bangalore.

In short, as you probably already know, as soon as you take hits or you nearly get hit, your top sprinting speed increases by 30% for 2 seconds. The ability is amazing for both defensive and offensive reasons. Firstly, if you're being chased or you're trying to get cover, you will do this amazingly fast. However, you can use it for an offensive when pushing an enemy squad or trying to flank. You can also strafe left and right do dodge bullets during fights which gives you a good advantage. The possibilities are truly endless.

Another part of her "passive" is that she says what do items that you pinged do, so she's good for new players, or to have her in a team with a new player.

This amazing and versatile ability is what makes Bangalore one of the best legends in the game. The smoke will essentially block vision on a fairly sized area. Meaning, when the smoke is up you can move inside without being seen from the outside, you can only be seen when the other player is in a very close range when Bloodhound uses his tracking ability over your smoke or someone is sporting a Digital Threat / Sniper Digital Threat. Smoke lasts for about 23 seconds and Bangalore has two charges.

It's important to know that the smoke bomb will explode only when it hits terrain, wall, building, or another player (and deal 10 damage to the hit enemy). When it "hits", it will drop a little and then explode. Meaning that if you hit a high wall, your smoke might end up in the air and defeat your purpose. You may want to cover the sight of an enemy sniper on high ground, for instance, then it would certainly be beneficial to let it explode in the air, such advanced strategies are often used by our Apex Legends boosting squad.

Most players use the smoke in a couple of ways. The first being is smoking an objective of yours, such as smoking a bleeding teammate so you can resurrect them. Smoking a care package is also often used, just as smoking defensively so you can escape and get cover in combination with your passive sprint.

A more advanced strategy is using smoke as a decoy since most players use it in ways described above, you can use it as a decoy, let the enemy assume you're in the smoke or trying to get in the smoke, while you're flanking them or repositioning for a better shot. Another impressive way to use smoke is when you have Digital Threat on a weapon, smoking the fighting area and wiping people inside is a good idea.

Another strategy is smoking an enemy that is usually on high ground when moving in the open spaces so they can't see you during your move. It's worth noting that you can hold a maximum of 2 smoke charges and that when hitting an enemy it deals a small amount of damage, exactly 10. It's also worth noting that you can use the smoke launcher while healing or shielding yourself.

And lastly, the ultimate. Rolling Thunder is an artillery strike, such a cliché but nonetheless, our Apex boosting team loves it. It's important to know that the artillery shells land in the field in a grid-like way, exploding one row at a time and creating the "rolling" explosion effect. The explosions don't deal a lot of damage but they're extremely confusing for enemies and easily disorient them.

When you press your ultimate ability, you gain a grenade-like device that needs to be thrown just like a grenade. The range is not that great so be careful when using it. A few seconds after your device lands, the shells will spread in front of the area where the device landed, not on top of it, not behind, in front, so keep that in mind. If you want to throw it at the enemy team in front of you, throw the device slightly in front of you so that the enemy team will be covered in the middle of the shell field.

Just like her other abilities, Rolling Thunder can be used as an offensive move and a defensive one. The ideal way to use it as an offensive move is to deny-area. When trying to set up a push or merely trying to get enemies to move away from the area you desire. Launching it onto enemies that are retreating from your push or close combat fight is ideal as well. Splitting the enemy team is also a great byproduct of the ultimate.

Covering the artillery strike with your smoke bombs so the enemy can't see the bombs is also a worth mentioning strategy. Make sure to let your team know where and when the airstrike is coming in so that you do not disorient your team as well, or even worse, kill your own team, as friendly fire is a real thing when using your ultimate.

Avoid using the ability in a heavily housed area as the artillery will do nothing to enemies that simply hole up in a house. It's worth noting that allies hit by your airstrike won't be damaged but will be buzzed, so it's best to avoid it altogether.

This ability will take practice, but when you become a Master Bangalore just like our Apex boost squad. You will be using it amazingly and even preemptively by calculating where the enemy team will move and how long the shells need to explode right when the enemy team is there.

Guns To Use As Bangalore

Ideally, you always want a gun that can equip Digital Threat legendary optics. The best guns our Apex Legends boosting squad recommends and that will surely get you the most wins are R99, Peacekeeper (Mastiff), Volt, Flatline, Wingman.

Some combinations would be Wingman + Shotgun, Wingman + R99, Volt + Shotgun, Flatline + Shotgun. Your goal is to have a poke gun + close range gun. These weapons could get nerfed in the future so make sure to check out our Apex Legends best weapons tier list regularly to see are they still good to go.

Now that we've covered the abilities and the strategies related to them, let's move on to more general tips & tricks.

1. Your smoke grenade recharges fairly quickly and you should not be saving it like it's gold. However, using it randomly, before engaging an enemy is not a good idea as it alerts the enemies of your position or the mere presence of another squad.

2. Even though Bloodhound is often not a viable pick, he has good synergy with Bangalore due to him being able to scan through the smoke or even see everyone with his ultimate. If you don't like Bloodhound, an aggressive composition such as Wraith + Pathfinder is a good rule of thumb.

3. The legendary optics attachment with the threat detection works great for you when you have it. You can do the same thing Bloodhound does and basically smoke enemies and wipe them out in the smoked area. Again, the same thing counters you when enemies have it. However the attachment is fairly rare so when you pick it up, odds are it will work more in your advantage.

4. You can use the smoke as a decoy, for instance if you're hiding from the enemies that were chasing you, smoke an area near you with a low shot (so they don't see the grenade) so that they think it's you there in the smoke. Same can be done in last circles when there are only a few squads and everyone is bunkered up - use it as a decoy to your advantage, be creative.

5. Be careful when playing vs Bloodhound, he really is a hard counter to your smoke.

6. When fighting close combat and doing the A-D strafe to dodge bullets (which is what you should be doing all the time on all legends), using it on Bangalore is particularly annoying for enemies due to your passive speed increase.

We hope you enjoyed reading our Apex Legends Bangalore guide, we'd love to hear your comments and things we could add to produce even better guides in the future.

Go and get some wins, and if you ever need a hand, our Apex Legends boosting squad will gladly give you a hand, whether you need ranked boosting, badges or kills. We can do it for you fast, safe and completely anonymously. 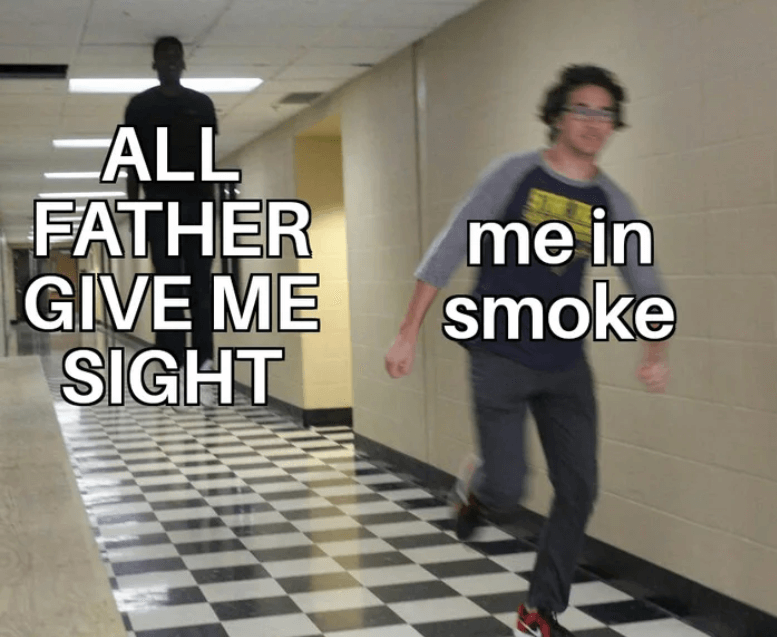