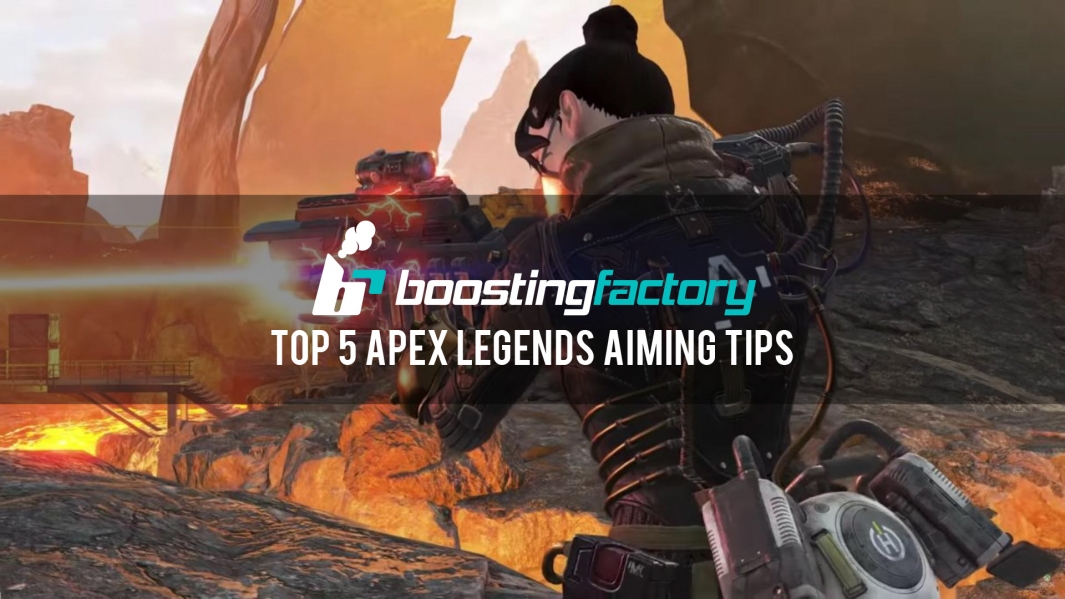 Hey everyone! Today I’m going to show you the best aiming tips in Apex Legends used and abused by Apex Predators like me.

The guide won’t be overly technical and not too long, so don’t skip any sections! Let’s dig in.

In order to become an expert shooter, you need to learn how to control your recoil. You may already know this, but it’s worth stressing it over and over.

In case you don’t know what recoil is, it’s essentially the movement of your gun when you start firing, each gun will start tilting upwards and to the side, depending on what kind of gun are you using.

Do you know the feeling of watching your favorite streamer and having them burst down people with R-99 like it’s a hitscan laser weapon? Yeah. That’s what we do, and we’re not cheating!

Learning the recoil patterns of your favorite weapons is important. If you don’t have a favorite weapon, check out our Apex Legends best weapons list and choose from one of the best ones currently, and learn their patterns. 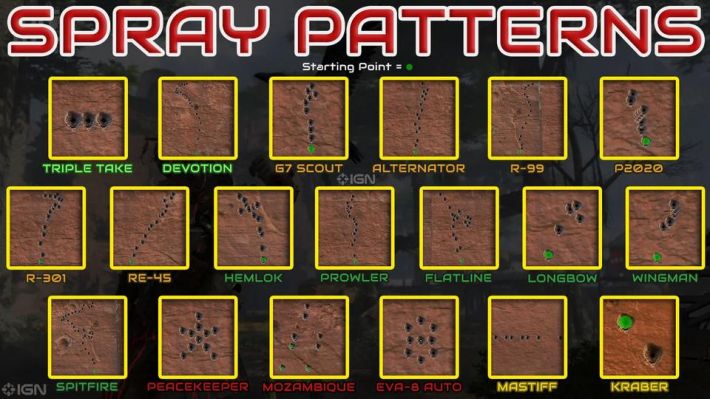 Movement is also another problem regarding aiming in Apex Legends. Many times I’ve seen people doing all these crazy slide jumping and strafing while actually shooting at an enemy that’s not even looking at them.

You don’t want to do that. If your target is an enemy that’s firing at someone else or just doesn’t see you, STAND STILL and blow them up. If you couldn’t blow them up fast enough, and they start firing back, then you can start moving and doing crazy moves to avoid incoming damage.

Of course, if you think that his friend or someone else will blow you up when you stand still, you won’t do it, but still, refrain from crazy moving when shooting at a still target.

Using movement to help you

For instance, when using shotguns like a Peacekeeper, try actually not moving your mouse or aiming keys, but rather just move your body between the shots. Keep the aim aligned with them and move only your body.

Many players prefer the flicking aim, but I suggest you try this one, no flicking and you will be more precise.

3. Hitboxes and their importance

A lot of people don’t think about this but it’s extremely important. Hitbox is the size of the characters’ hit area - if your bullets hit this particular character’s hitbox, it registers damage. Pretty simple.

The running animations are also quite important, each character’s hitbox changes with their running, the best example would be Wraith. When she’s running and doing her Naruto run, she tilts her body forward and her hitbox changes, you can’t shoot her as you normally would (especially vertically).

Therefore, learning how big the hitboxes of each legend, and their running animations will help you immensely with landing more consistent shots. You can check how all the hitboxes look here. (Sorry for it not being updated, but most legends are here!)

4. Know when to shoot, and when not to

Now we’re gonna talk about discipline, knowing when to actually shoot, and how much to shoot.

Most amateur players just start shooting as soon as they see an enemy in front, unloading their mag and then stuck in a slow reload. This is not what Apex Predators do. Instead, you should wait for the enemy to start moving in a longer, predictable pattern, if possible of course!

What this means is, try to wait a very small period of time before they engage in a predictable pattern such as a slide, strafe or a jump most people do this. The best one is definitely a jump. When somebody jumps, you know exactly what’s their direction and it allows you time to unload a safe mag onto them.

Me and my Apex boosting squad colleagues usually just stop shooting for a bit when the enemy starts moving frantically until they do another predictable pattern, and they will. That’s when I unload the mag and kill them.

I expect you to hit a lot more targets and increase your RP after you’ve practiced trigger discipline for a bit.

This is not completely confirmed, but in my opinion, some skins do offer an advantage. You may have noticed that your favorite streamer or Apex Legends booster always uses the same skin for some weapons, this is not accidental. They don't use it because it looks nice or it is their favorite skin!

You may call this pay to win, it truly is, luckily for the state of the game, not that much, just by a little. Currently, there are 3 skins that allow such an advantage.


Wingman and Peacekeeper skins have a little thinner model, which means that it takes less of your screen, allowing you to see more of the actual fight.

However, the most important thing that all three skins share is their iron sights, they’re better than the other skins which allow you to aim more effectively because again, you see better.

If you don’t have enough real money to purchase them, maybe you have enough crafting metals.

Thank you for reading my guide and I hope it helps you raise your RP and get the rewards you desired! If you’re still having trouble reaching your desired RP, check out our Apex Legends RP boosting service and Apex Legends Badge boosting pages where we’ll help you get those rewards with ease!

This page was generated in: 1.18 seconds.