This Is The Best Apex Legends Revenant Guide (2022)

Blog This Is The Best Apex Legends Revenant Guide (2022) 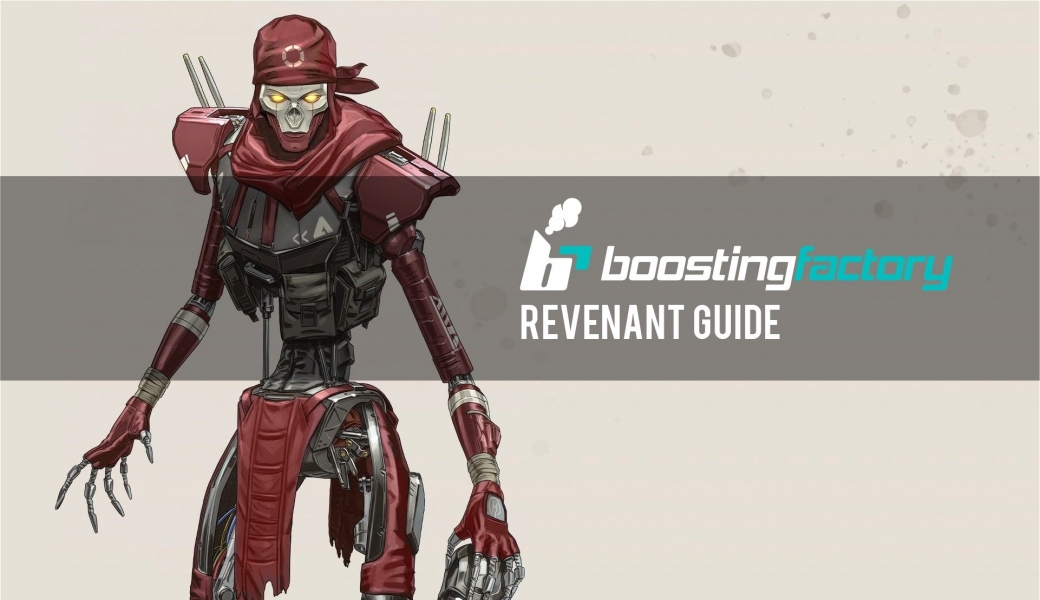 I'm a professional Apex player and a member of the Apex Legends boost squad, it's my duty to play every single Legend like a pro in order to do well in scrims and tournaments, and Apex boosting.

So let's dig in and see how you can also get Apex Predator while playing as Revenant!

Revenant is an assassin hero, in my opinion, an arguably better version of Octane. His passive is insane, tactical ability as well, and a very situational Ultimate. You'll find out more about why.

This is the first ability that clearly defines Revenant as an assassin type. It allows you to actually move at walking speed during a crouch. It's slower than a sprint but still fast enough to be worth it. The best thing is, enemies can't hear you.

The second part allows you to climb buildings faster and higher (6 times more height). It doesn't get more assassin-like than this. This allows for some insane plays, such as crouching to the building > climbing up behind the enemy team and wiping them out since they will mostly be looking at the obvious entry points and cannot cover every wall. The passive pairs up extremely well with his Ultimate.

Play around the covers with crouch to confuse enemies about your position. You should also be crouch A-D strafing while fighting to make your hitbox smaller and still move left and right at the same speed while also having increased accuracy on many weapons.

His tactical ability is a grenade (that he throws in the creepiest way possible). The grenade explodes in contact with an obstacle and leaves a dark matter visual that shows where the epicenter is. It also blasts everyone in the radius for low damage and silences them for 10 seconds (at the point of writing this article), meaning, they cannot use any abilities. Revenant has 2 charges of this ability.

The dark matter visual isn't just a pretty visual, it persists on the ground for 10 seconds and anyone who touches it will be silenced. The radius looks larger than it truly is.

Another thing is, you can aim down sights while aiming the bomb, so a neat trick is to ADS while aiming with the bomb, precisely throw it at someone and start shooting at the same time.

The way to use this grenade is self-explanatory. When you want the enemies silenced. This usually means when you're about to engage/push and kill someone. You don't want that Wraith to use her tactical when she's about to die, Octane to run away or Pathfinder to grapple out.

It can also be used defensively of course, when an enemy is about to kill you or has engaged and you're in a tricky spot, use it defensively to try and escape when they cannot chase with their abilities. Or, when bunkering up in a room, and you hear the enemies rushing that door, throw it on the door and have the enemies silenced while they go through it, and if you miss, preventing them to escape through that door for a couple of seconds or they will be silenced and damaged.

Be careful for Wattson's pylons as it will destroy your bomb.

Another cool tip is that since this ability causes a lot of visual clutter, it can be used as an improv smoke bomb for example when you want to heal or resurrect someone but have no cover.

This ability allows you to place a totem, similar to Wattson's Pylon that needs to be pressed in order to receive a buff that will protect you from dying. Meaning, if you get downed or killed, you will respawn back at the totem's place immediately with full shields and 50 HP or lower if you used it with less than 50 HP.

The totem is most often used offensively by placing it behind a wall or a crate so the enemy team cannot destroy it, because they can, just like Wattson's Pylon. You will use it most often when trying a risky push or 3rd party where you plan to wipe out the enemy team or die because it was risky and get respawned back, heal up and try again.

Its buff lasts for 25 seconds. It's also worth noting that all damage that you receive during the totem buff goes to your body, meaning the maximum damage you can take is 100 if you were full HP before starting the fight. Your armor is ignored and that's why you respawn back with full armor.

It can also be fairly easily destroyed, even faster than Wattson's Pylon. 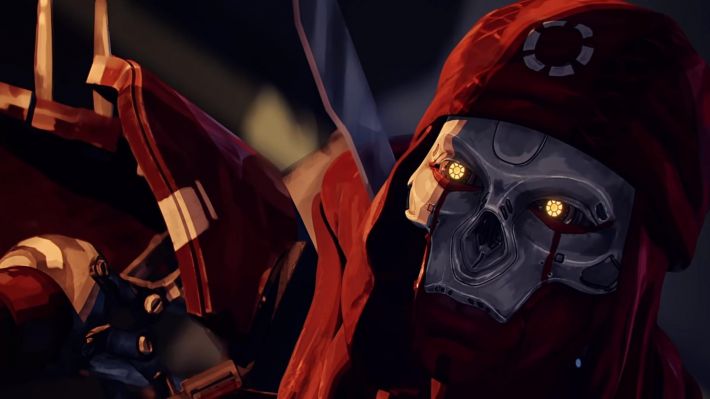 The thing is if the totem gets destroyed - no respawn for you. You also cannot use any healing or shields while buffed by the totem. Therefore, the fight that you plan to do needs to be fast and efficient, you either wipe them out or die and respawn back. It also cannot be lengthy because the buff will expire and you will not be resurrected again.

In case you're definitely losing the fight, for instance, two of your allies died, it's best that you also suicide immediately so you can respawn back with them. You don't want the buff to expire leaving you there alone while the team is back at the totem.

The totem can also be used defensively, you can place it in a room in a building or behind another cover that when you're expecting a push, or even during a fight, press it, and move the fight to another place. If you die during the fight, you respawn back and get another chance.

It's worth noting that if the circle is moving behind you, using the totem is a terrible idea because if you die and respawn back on a totem that's out of the circle, you won't have time to heal up and will instantly die.

The totem has a limited range, you will see it marked with a border around, therefore be careful when using it for a long-range push. If you exit the totem's range for longer than around 3 seconds, you will lose the buff.

Other enemy players can also use your totem.

Since the Revenant is an assassin hero, you should play with an aggressive combination of weapons such as R-99/Prowler/R-301/L-Star/Wingman/You name it + Peacekeeper or EVA-8. Any other aggressive combo is great, as long as the weapons are good.

Revenant fares more as a loner hero like Octane, sneaking up and wiping people out without them knowing. However, this game is best played in a coordinated team. Therefore, try to coordinate your pushes and totem pushes this way.

Have your team push from a designated side while you will be flanking the enemies, whether that's by climbing a high wall when they don't expect it, or crouching from the flank. The situation will dictate the strategy. It's, however, important that you engage in the fight at the same time.

As soon as you've flanked, open up with the tactical ability into the hopefully grouped up team or a singular target that you plan to wipe. Your first shots are the most crucial as you have the element of surprise, do not miss them. This is why I suggested the aggressive loadout, you want to preferably kill a single enemy before they even see you. Doing an Apex Legends badge boost for 20 kills or 4K damage as Revenant is going to be very easy this way.

1. Use crouch a lot - it's an insane passive for sneaking up to people while still moving fairly fast.

2. Use higher and faster wall climb to sneak up on people and have the element of surprise. Play like a flanker.

3. Use the silence bomb on a grouped-up enemy team for maximum effect, or on a target that you plan to destroy immediately so they can't use abilities to win or escape the fight.

4. Do not use the totem if the circle is behind you, respawning out of the circle means instant death.

5. You can't use heals or shields after using the totem.

6. Always place your totems behind natural cover, they can be destroyed and you don't want to be exposed when respawned back.

7. Use an aggressive weapon loadout for maximum damage when surprising enemies.

8. The totem has a limited range, marked with a blue border around you, you will see it when you reach the range. You can only exit the range for about 3 seconds without losing the buff.

9. The tactical bomb can be used offensively and defensively. To either engage on a full squad, secure a kill or protect yourself by using it in a clutch spot or a door.

10. Enemies can also use your totem, don't let them find it.

11. You can prime your Arc Star or another grenade while priming your tactical bomb, that way you can surprise someone with a double bomb and start firing at them.

I hope you enjoyed my Revenant guide and that you will have amazing success with him. He's surely a fun hero, especially for solo queue where you're more on your own rather than relying on team-play and coordination.

I and my colleagues can help you boost your RP easily as Revenant and even get you the 20 kill badge or 4K damage badge on him, simply visit our Apex Legends boosting page and customize your order. A safe, fast and fully anonymous service is guaranteed. 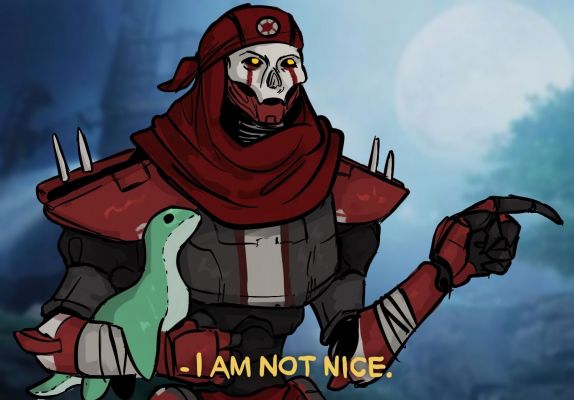