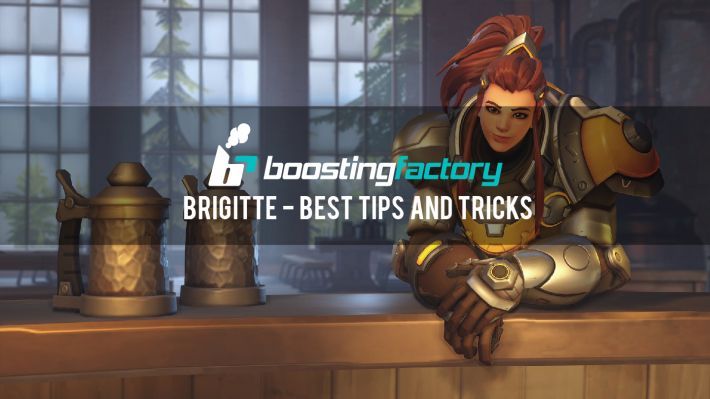 Hey everyone, my name is Ghost and today I’m going to show you how to play the reworked Brigitte 2.0 in Overwatch.

I’m a professional player with experience in 4500+ SR, my job is to know every hero inside out and today I’m going to share some of that knowledge with you.

This guide consists of tips and tricks for the reworked Brigitte and her role after the rework. Let’s go!

Many players do not understand that Brigitte has been reworked into a healer, not a tanky support like she used to be. If you stack Inspire and Armor well, you’re able to obtain up to 81 HP/s, while rally can be used both defensively and offensively, similar to Mercy, Ana, Moira or Baptiste.

Hold Your Primary Fire As Much As Possible

Any of your abilities will cancel your primary fire. The reason I’m giving you this tip is because you should keep firing even when you don’t expect an enemy to engage.

Let’s say a Tracer blinks in, you will be already damaging her with your pre-fire, which will activate Inspire and pressure Tracer before she even knows what happened.

Your Shield Is NOT Made to Block Damage

Since your shield is only 200 HP. It makes no sense to use it similar to Reinhardt’s one where the primary goal is to soak damage since it will be destroyed quite fast.

Rally Can Be Used Defensively and Offensively

One of the best examples of a defensive use would be to counter Sigma’s Gravitic Flux. Since Flux is percentage based and armor is percentage-based, therefore your Rally will reduce the damage quite a bit.

An example of offensive use would be like Mercy’s Valkyrie, using Q when your team tries to engage and yell at them to do something. :)

Sync With The Shield Squad

Any barrier or shield based hero works well with Brigitte, maybe except Sigma unless you guys are heavily coordinated since you help each other in choke situations.

Brig can soak up some damage for the tank if he’s low + heal them, while tanks can cover for Brig so she can activate Inspire with Flail or Whip Shot. 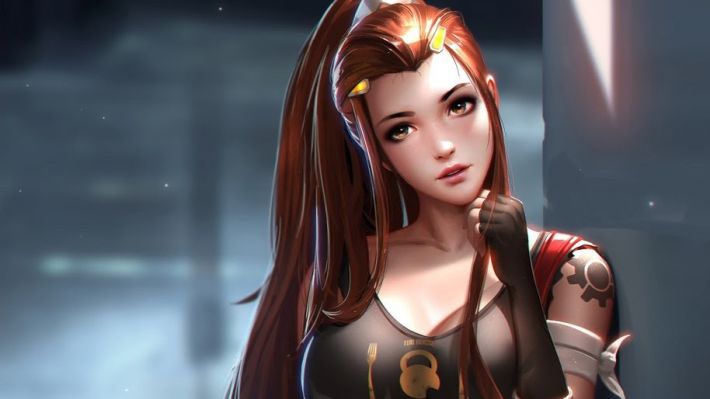 Use Whip Shot In Order To Activate Inspire

Shield Bash Isn’t Made For Spamming

Don’t just recklessly spam it, save it for situations such as predicting Rein’s Earthshatter or Reaper’s Deathblossom. When you’re trying to bash, try to bash facing your team, not the other way around. If you bash towards the enemy team you’re left stranded and in a position to die.

For Dragonblading Genjis a neat trick is let him dash towards you, then bash him, Whip Shot him and run the hell away. If he’s still on you, use the ultimate if you have it since the speed is the same as Genji’s Dragonblade speed boost, if you have a gap between each other, he can’t reach you.

You need to keep up Inspire active during brawls. But to do that, your positioning needs to be near the frontline, but not exactly on the front. The tricky part is, you still need to heal your backline, therefore, practice being somewhere in the middle and keep checking behind you as much as possible.

And, not to mention you also need to look for flankers such as Doomfist. If you think he might be flanking since he’s missing from the line of sight, let him charge his RP and don’t stun him. Stun him on the side since that won’t stun both of you.

Inexperienced Brig players don’t manage their cooldowns well. For instance, I suggest that you have 1 armor pack charged at all times whenever possible and use it only if it’s a live or die situation.

Don’t just dump your packs on a low health tank, that’s your primary healer’s job, your job is to give it to as many people as possible, with a focus on lower health teammates like damage dealers and supports to give them sustained healing, you aren’t a burst-heavy healer.

Wrapping The Guide Up

I hope you enjoyed and learned something from my Brigitte guide. If you want to learn more and become a Top 500 Brigitte player, check out our Overwatch coaching section and find a coach that suits you and mains, Brigitte.

In the end, if you’re still struggling with bad teams, our Overwatch skill rating boosting squad can definitely help you, you can let them play your account or play with them which can also help you learn quite a bit.

Let me know what you think about Brig and are you managing well after the rework? Do you like her better now or before?