Overwatch First Impressions - Is it Worth It? | Boosting Factory

Blog Overwatch First Impressions - Is it Worth It? | Boosting Factory 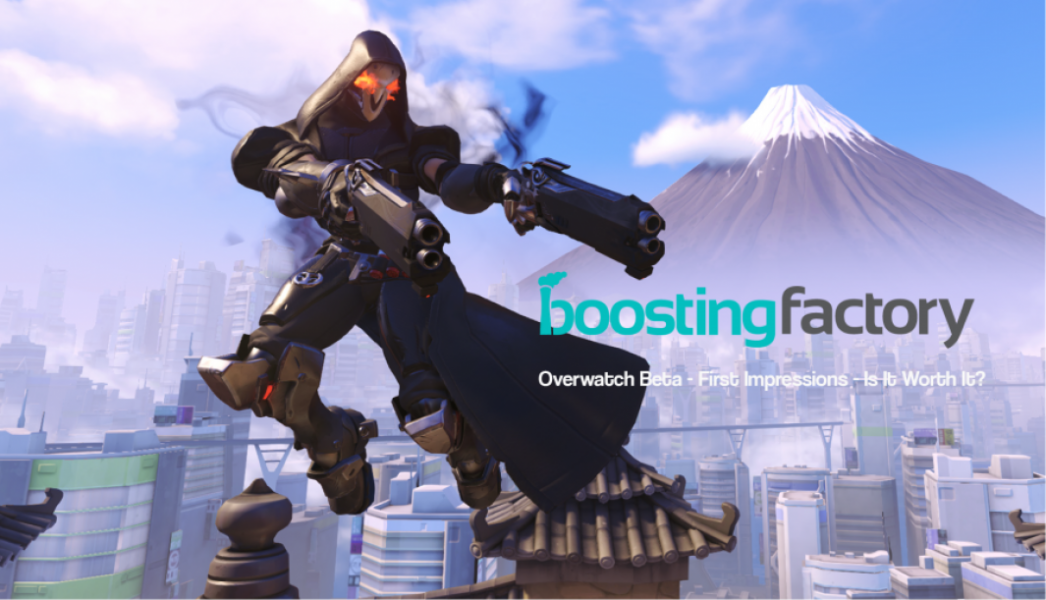 Today our Overwatch boost team will share with you their first impressions of the game. Yesterday the Overwatch beta started: despite Blizzard not giving any Overwatch keys, some of our boosters got an invite. They really enjoyed their first hours of playing, and in the end, we were forced to use violence to stop them from playing! :) This game is kinda addicting. Anyway, in this post we will cover the general Overwatch gameplay and the maps, but expect more content in the next few days, especially the first tier list for Overwatch! Let’s start with some general impressions about the game.

Matches are pretty fast, usually, they last for ten minutes or even less, and are pretty exciting! Blizzard decided to follow the same mentality adopted for its famous MOBA Heroes of the Storm, favouring short, fast and exciting matches over longer games. Of course, this depends on the game genre as well: Overwatch is a dynamic FPS (First Person Shooter), so games are of course shorter. Every player can choose from a pool of 18 heroes, with potentially more to come, categorized in healers/supports, tanks, offense, and defense. You can switch between heroes during the match to counter the enemies and to create the perfect team composition cooperating with your allies: be sure to check out our upcoming Overwatch tier list to pick the best heroes! The first step to play the game is to go through the tutorial: if you have played an FPS at least once in your life, you won’t learn anything new, as it covers literally the basics, like “how to move”. This is a clear sign that Blizzard wants to focus on those who are totally new to the FPS thanks to Overwatch pretty fast and dynamic play style, just like HotS was the first MOBA for many players and Hearthstone the first TCG for a lot of folks (not for me, since I spent a long part of my adolescence playing Magic with my friends). Anyway, we appreciate Blizzard’s approach and hope that it will increase their player base. Every hero is different and has a unique set of ability, usually two weapons, a movement tool, a special attack and an ultimate. However, some champions have different ranges, more movement speed and in general unique features: Overwatch’s strong point is in the game diversity. In this game, you can’t switch between weapons, but you can switch between heroes: changing your composition in the middle of a game is always possible, so the game is really dynamic and reacting to the enemies choices is a priority. Every hero is different and has different weapons, strengths and weaknesses, and a different role. Keep in mind that there is no hero leveling system, so you are not penalized for playing a new hero for the first time (as long as you don’t miss every shot!). Game modes are fairly similar to each other, and they are based on the typical “defend and capture” model. However, game maps are pretty interesting and keep the game fresh. If you want to know about the playstyle of the “offense” heroes McCree, Pharah, Reaper, Tracer, Soldier 76, Hanzo, or of the “supports” like Lucio, Zenyatta, Mercy and Symmetra, check our previous post and keep waiting for our upcoming Overwatch tier list. Right now, we want to talk about the game maps. 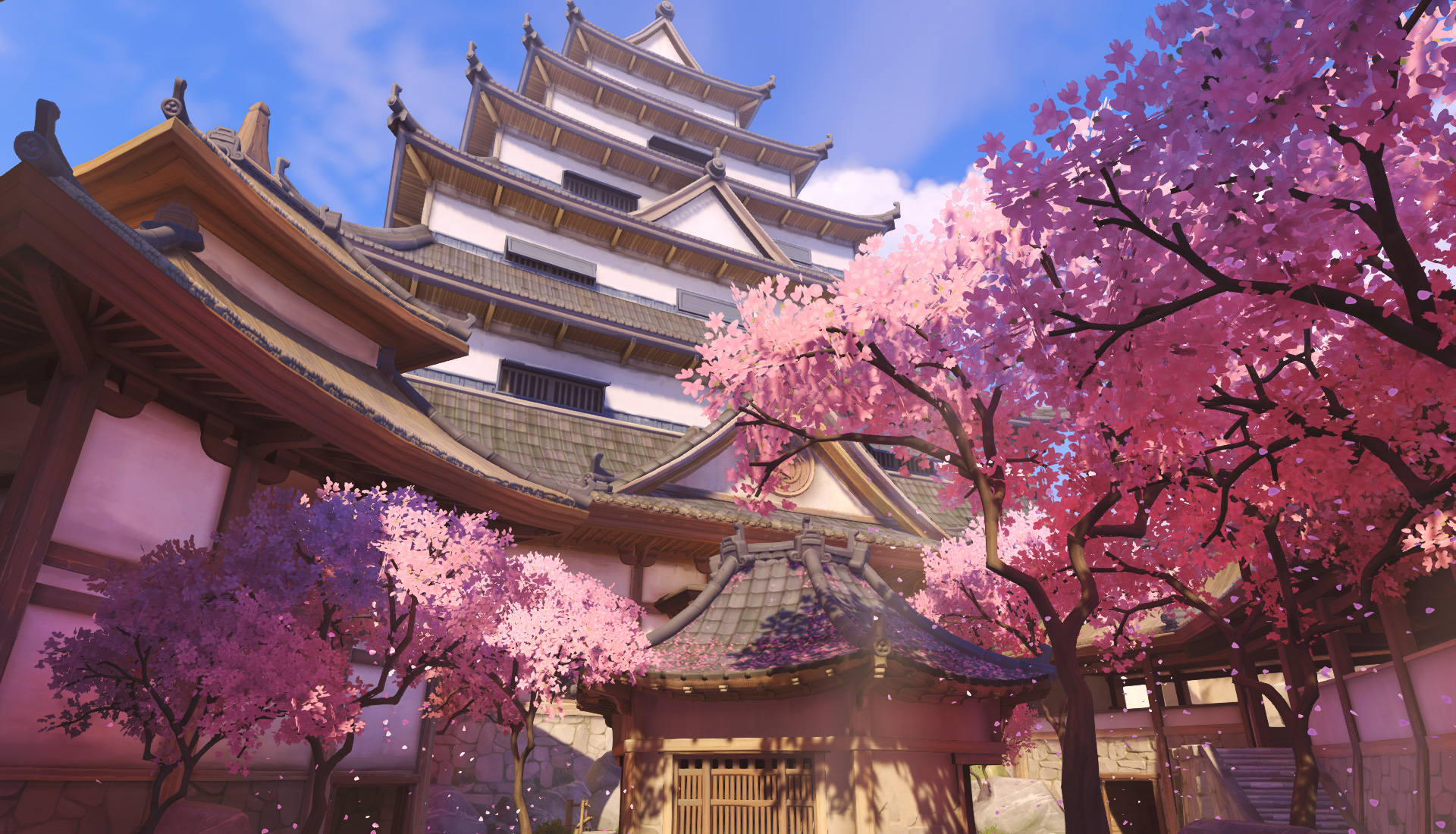 Currently, Overwatch features seven maps: every battleground is different and pretty small since they are designed to contain only twelve heroes at once. Every map has bright colors and a cartoonish style; and every map has unique sounds as well.

Dorado is a beautiful map that offers a great view of the Spanish nights. Dorado has a lot of places to hide, many covers and a lot of interesting locations for an ambush: as you walk in these beautiful and colorful streets, be careful, because there may be a hidden Reaper waiting for you.

Hanamura offers a spectacular contrast between the traditional Japanese architecture and the modern buildings of that we see nowadays in Tokyo. This map is played mostly on the streets, but there are also small skirmishes in some buildings.

King’s Row brings a little of England in the Overwatch world. This map is played during the night, and has a lot of places to hide and cover, despite being mostly played outdoor like Hanamura. However, this map offers a great advantage to short-range fighters, because snipers will have a hard time finding clean shots: obstacles are everywhere. Consider this difficulty before picking your hero in this map!

On the other hand, Numbani is the perfect map for snipers. We have already seen this battleground on the Lucio preview, and now that we played it we are more impressed. This dystopic desert doesn’t really fit the hyper-technological theme of Overwatch, but it’s gorgeous. It is played during the daytime and offers a lot of perfect sniping spots, and a lot of opportunities for heroes with high vertical mobility and jumps to take advantage of their abilities.

Temple of Anubis is another map with a lot of vertical action and is played mostly outdoor. If Numbani is inspired by the Middle East architecture, the Temple of Anubis is surely a reference to the Egyptian culture. It offers a lot of starts, making it perfect for small skirmishes and really fun if you are playing a hero with decent vertical mobility.

This map features a wide-open space, set in a factory: it’s perfect for short-ranged fights, and even better for large team fights instead of 1 versus 1 combat because there aren’t a lot of chokepoints. Instead this map has many large areas to fight relentlessly: our Overwatch boost team recommends you to choose tanky heroes on this battlegrounds over squishies because they will be more useful in large team fights.

Gibraltar is the exact opposite of Volskaya Industries: here you won’t see large fights but many small skirmishes in chokepoints and small spaces. There are a lot of opportunities to hide and set up an ambush, and as many chances to get blown up while trying to do so. Heroes like Zenyatta and Symmetra really shine here: if you can place Symmetra’s turrets properly, nobody will be able to stop you.

Is the game worth it? Hell yes. We cheer that you all get your invites and enjoy the game. This last map preview ends our post. However, for your safety, our Overwatch boosting team reminds you that Blizzard won’t be using Overwatch beta keys because of safety reasons, so the only way to get in the Overwatch beta is to receive an official beta invite from Blizzard. Stay safe, don’t buy keys and don’t get scammed!

This page was generated in: 0.65 seconds.