Kiriko - New Overwatch 2 Hero - All You Need To Know About 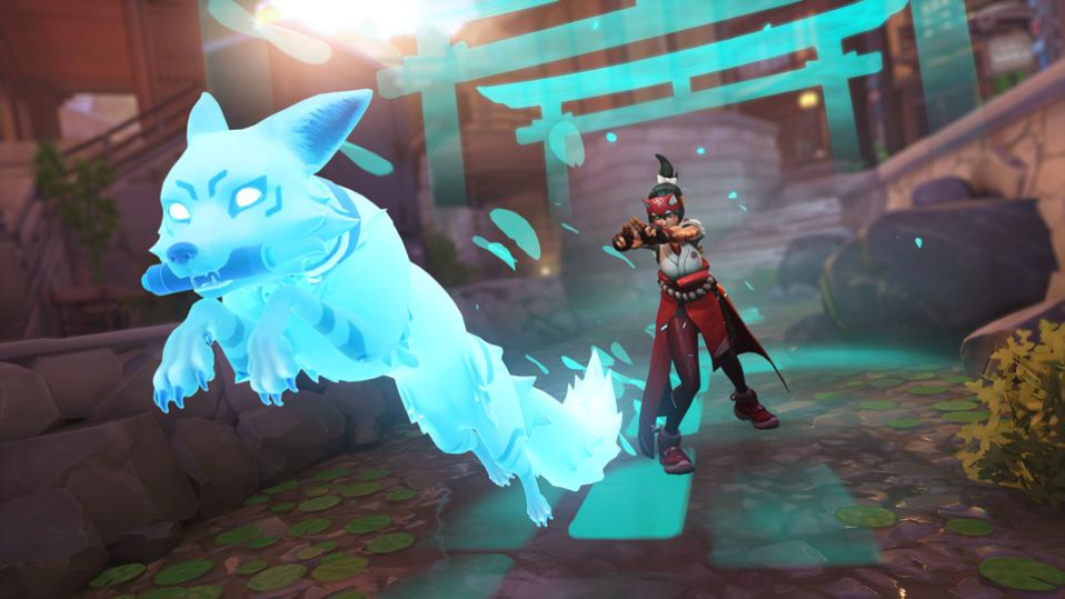 Hey everyone! You might have already heard from the leaks, however, I will still write about Kiriko just in case you didn't.

I will now write about her, what her abilities are and what can we expect from Kiriko in Overwatch 2. It won't be long so bear with me.

Kiriko Yamagami is a new support hero coming with Overwatch 2. She grew up in Kanezaka and was taught by her very spiritual grandmother. Her mother was a ninja, therefore she was shaped to be a hybrid between a warrior and a healer.

She grew up alongside Hanzo and Genji. Her mother trained all of them together. She also witnessed the fall of Shimadas when she was young, including the assassination of the head of the clan. The rival clan took over and kidnapped her father to make blades for them.

She joined a small group of ragtags called the Yokai. Her fox spirit is based on inari who is a Japanese fox spirit from Ghost of Tsushima. The fox represents the cunning and intelligence which resembles Kiriko. The symbol found on her headband is the kanji for "kitsune" or "fox", which has been rotated.

Moving on to her abilities. She is actually described as a high mobility, single-target hybrid healer with a lot of focus on DPS.

Kiriko can wall climb if you jump at a wall, considering she's a ninja and all that. Works just like Genji's and Hanzo's wall climb.

Kiriko channels a burst of healing talismans that can seek targeted allies. She throws the little Japanese leaflets who travel slowly and seek targets, similar to Moira's ability. You have infinite amount of leaflets but after every 5 papers you wait a small amount of time to refresh.

Kunai is the only source of DPS for Kiriko. She throws projectiles that deal a lot of critical damage through headshots. It deals low damage on body but a lot on headshots. Meaning it will reward very precise players like our Overwatch boosting employees.

This ability allows Kiriko to teleport directly to an ally, even through walls. It covers quite a bit of distance and is near-instant.

Kiriko can throw a grenade on her allies that makes them invulnerable if they're in range of the explosion and cleanses them of most negative effects. Think of Ana's grenade or Baptiste's immortality field but cooler.

Kiriko summons a fox that runs straight and leaves a trail, everyone that follows the trail gets a speed buff, cooldowns are faster and attack speed is higher. It's a pretty interesting initiator ultimate.

We can't wait to play her with Overwatch 2 release on October 4th. Rest assured, we will also be boosting in Overwatch 2 immediately upon release, stay tuned.