Top 7 Tips to Solo Carry Hard With Cypher in Valorant

Hello! Today I’m going to be talking about the Cypher. He is an amazing agent that provides immense utility to the team and can be seen in pro play a lot.

I often get requests by clients to perform their Valorant boost as Cypher, while streaming for them to watch high-level Cypher play, I can also do the same for you!

This tips and tricks guide won’t be too long, I will take around 5 minutes of your time, and trust me, it will be worth it. Let’s dive in.

1. What makes Tripwire so useful?

Cypher is currently the only agent that can allow your team peace of mind when attacking.

When you’re pushing a route, without Cypher’s tripwires, you are never sure that one of them is not coming from the back and flanking you, tripwires give you that peace of mind (unless it’s an agent that can jump over them, however, you might still hear them, such as Jett).

You should usually place them during the buy phase at the flanks where enemies could come from while you’re pushing another part of the map.

When placing them, crouch, and place them slightly above head level, this will make them high enough so they cannot jump over, and low enough that they cannot crouch under. However, make sure to watch for elevations around the tripwire spot, if there are stairs, they could maybe jump over it, avoid such places.

When defending, it’s intuitive to put tripwires in front of the site where enemies will have to go through in order to push. However, after a few rounds, enemies will remember where you’ve put them, at that point, switch it up, move them to a different passage or deeper into the site, when they catch onto that, move them to the front again.

When playing Cypher on a site, combined with your cages, enemies will be hesitant to push that site, therefore, you can send an additional person to other sites and more easily win the game. If you get pushed while solo holding the site, don’t be a hero and try to take them all, pull back, and wait for your team.

The best way to use the cage is to plant it on top of the tripwire, and as soon as it gets broken, you activate the cage and then they have no vision upfront, this will throw them off guard and make them rethink this push.

When enemies go throughout the cage, you will hear a sound, that’s how you know they’ve passed through, you can try shooting at the edge of the cage as that’s where enemies will usually hang before trying to push through it.

A few rounds in when they realize your tripwire is inside the cage, switch it up, put it somewhere else, and gain free time when they look inside the cage to destroy it, wasting valuable seconds. For those who want to truly master Cypher, look for various spots around the maps such as this one on Ascent and make “one-way” cages. A one-way is basically a cage that allows you to see enemies feet when they’re inside the cage if you’re far enough, and therefore shoot them, while they cannot see you, physics are awesome.

Note that this will take you A LOT of practice, so head to the custom game > cheats ENABLED, enable cheats in-game for infinite abilities and start throwing the cages around. 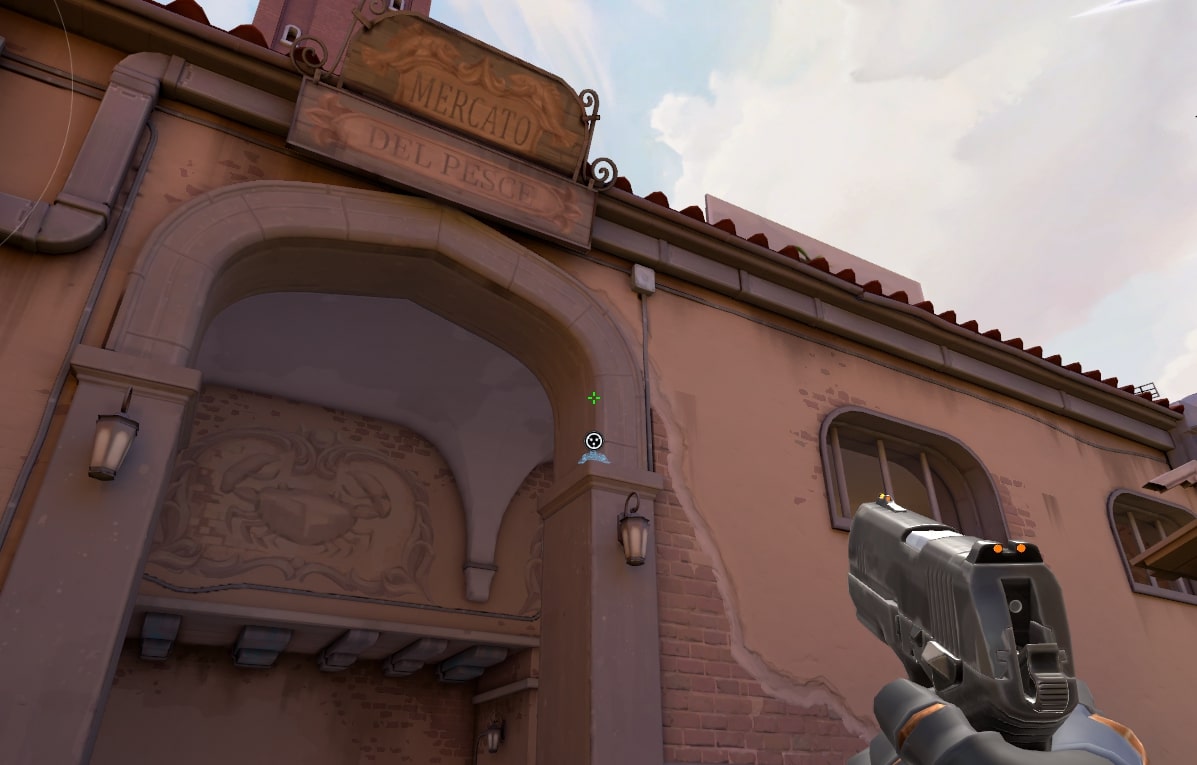 3. Using Cages on the Attack

Cages on the attack are often used like smokes, simply to block out the enemy sight and passages that they like the hold such as elbows (U-hauls).

On top of that, you can pick up some cheeky kills by surprising an enemy and going through the cage when he initially may have thought you’re just using it as a form of smoke.

You can also double stack cages to push through, such as throwing one, and then another next to it and push through the double cage, however, enemies will surely expect this so be careful at which side you will exit.

When you plant and even use the camera, enemies can hear it, therefore the camera will often get destroyed, especially if you’re putting it in obvious places. Practice on finding great camera angles, as high as possible so they cannot see it while placing their crosshair at the usual head level.

You can also put it deeper in the site and weirder angles and not be greedy, such as to monitor only part of the site which will still give you great intel when retaking the site for instance. You will figure this part out by playing him a lot, of course.

It’s also worth mentioning that you can trigger cages with your camera, in case you didn’t know.

This is also a great thing to do when defending, planting a super early camera on the path that enemies will usually come from is great in order to gather early intel about a possible hard push, especially in pistol rounds. Make sure you’re in a safe position not to get overwhelmed if they’re coming.

6. Using the Ultimate on First Kill

I often use the ult on the first kill we pick up. This is only when we didn’t spot the other enemies and we don’t know where they are.

By picking up the first kill you are not 5v4, in a scenario in which you don’t know where they are, using the ult right away will show you what is being held. Since they cannot hold everything with only 5 people, you will find a weak spot and immediately rotate to it.

You can also use this by combining it with previous knowledge, where their Operator is, where their weakest player is and push that site, etc.

7. Save the Ultimate for End Game

If you haven’t used the ultimate already like in tip 6, save it for a late clutch situation for instance a 1v2 or 2v2, 2v3. Etc. especially when the bomb is planted.

Run to the nearest enemy corpse if you have time, use the ult and figure out where they’re standing, throw them off a bit because they will usually try to change positions and then that’s your cue to rush in if you’re nearby and catch them off guard to secure the round.

I hope you enjoyed my Cypher tips and I surely hope you will manage those cheesy one-way cages as that’s the master Cypher play!

If you’re still struggling to reach your desired rank, take a look at our Valorant rank boosting services where our team of professional Radiant players can help you reach any rank you like, either by playing on your account, or you playing with our team.