Starter Trinity: Top 3 Heroes To Start Your Road To Top 500 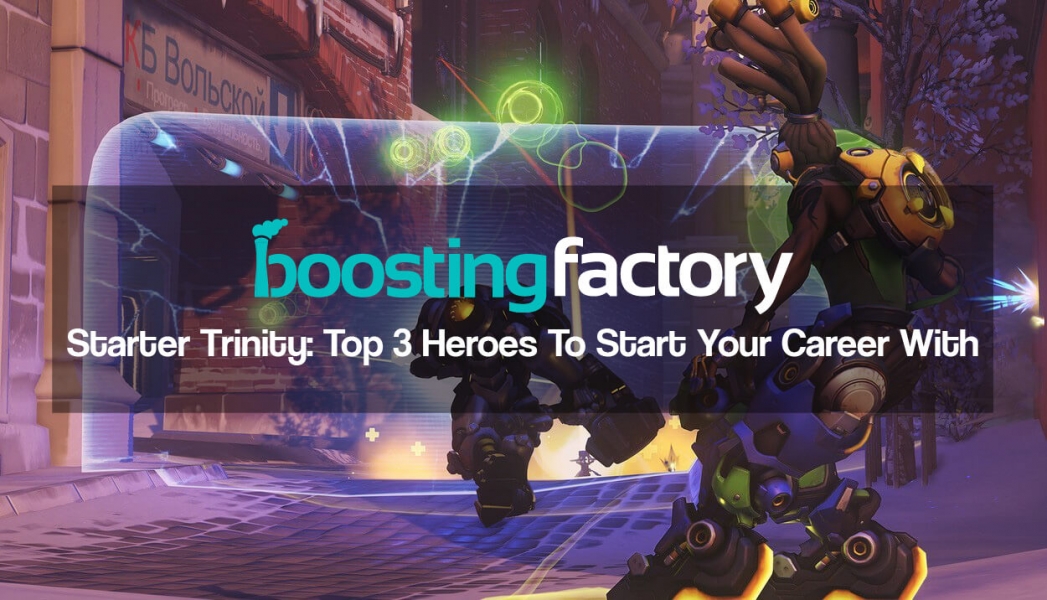 Hey everyone! Today our Overwatch Boosting team is going to be talking about the best starter heroes. Since you opened this article, you’re probably starting to have an idea of how Overwatch operates. You're asking "Are there any Heroes that are easier to us, but still very powerful? Who?” This list of easier to use heroes consists of Reinhardt, Lucio, and Soldier: 76. They are all excellent and easy in most situations. These three heroes are easy to learn and can have a large impact even while in the early stages of your learning and also fall on different levels on our Overwatch Tier List. Let's dig in.

Reinhardt is a front lining tank with an enormous rocket hammer that decimates enemies and is one of our Overwatch boosting team’s favorite picks. This hero leads the team on offense and/or defense and soaks up huge amounts of damage with his shield to assist your team. For someone new to FPS games or someone who wants to play something not like common FPS games, this character is ideal AND has an easy learning curve. His basic attack is a hammer swing (obviously in melee range), with his Rocket Hammer. It requires you to be up close and personal but is devastating to anyone it hits. His next ability is titled Charge. He charges in a straight line and can control it a bit by moving left and right. This ability allows you to trap and pin the people he collides with, dealing massive amounts of damage. Reinhardt is a melee hero. However, he has a singular ranged attack: Fire Strike. He moves his rocket hammer forward and slings a powerful flaming projectile that damages and pierces the enemy team. I bet you understand that he can deal lots of damage, but now you want to know when he can start being a tanking boss. 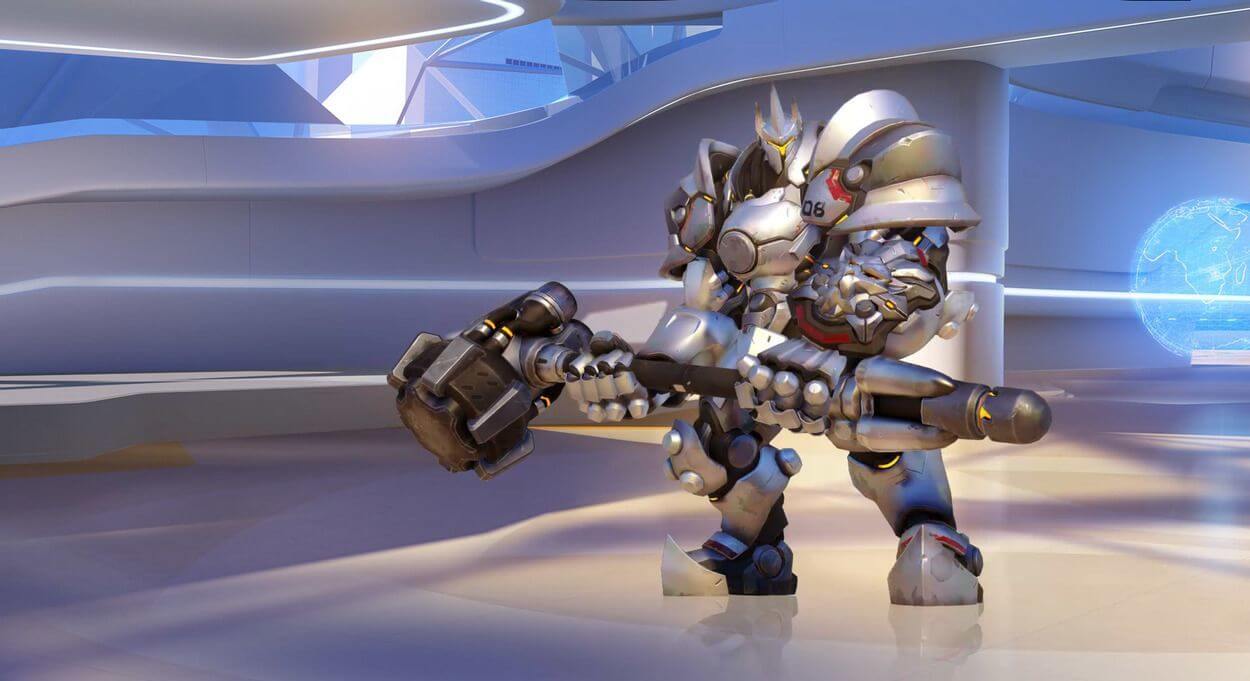 His next ability, Barrier Field, allows him to be one. It is a fairly large energy wall that Reinhardt projects in front of him that he can use while moving. It absorbs an enormous amount of damage shot at Reinhardt and his nearby allies. Don’t get too confident though; the opponents can walk around the barrier and deal plenty of damage. Reinhardt’s ultimate ability, his most powerful, is Earthshatter. He slams his rocket hammer straight into the ground, knocking anyone in his path to the ground, to be stunned for a short period of time. Additionally, a large amount of damage is dealt. This ultimate is great on its own but paired with allies’ ultimates, it can be absolutely devastating and can get you that coveted Play of the Game! If you like being that bulky tank who protects his team to his death, or if you don’t have great aim, or if you simply want to try Overwatch's exciting melee hero; Reinhardt will assist you in learning the game and absolutely destroying your enemies, almost like a free Overwatch leveling boost when you start playing.

Lucio is a Brazilian roller skating DJ who utilizes his music to inspire and buff his allies. This powerful support can boost his teammates’ speed to quickly get back into a fight or ambiently heal his allies through the power of song. If you are looking to play an enjoyable support role that is easy to pick up and is impactful on both offense and defense, Lucio is the hero for you! His primary attack is called Sonic Amplifier. It damages enemies or can knock them back a decent distance. The knockback is your key tool to escape unfortunate situations or knock an enemy off a ledge, a nice way to get a flashy kill. 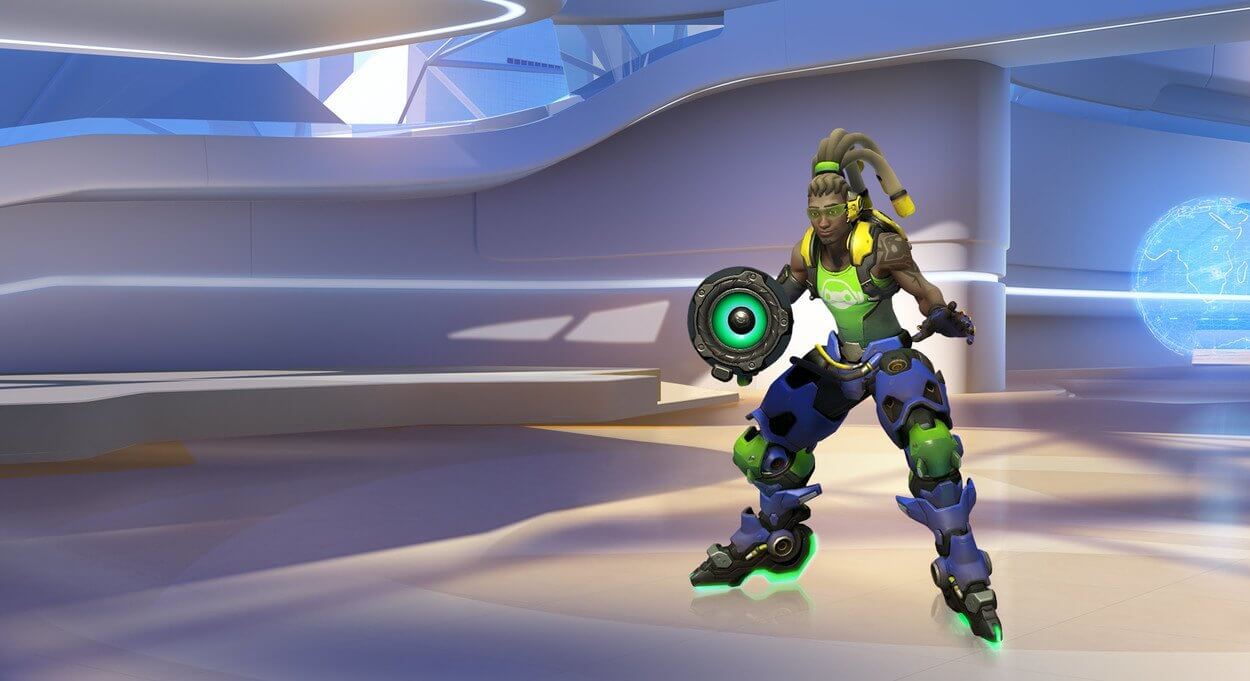 Lucio's main support ability is Crossfade. His music can either passively speed up or heal those around him. Both have large utility and are very useful to his team as a whole. The heal is fairly large, while the speedup is massive, especially with the following ability. His last primary ability is Amp It Up. Amp It Up enhances whichever position your Crossfade is in. This allows your team to very quickly return to the fight or to full health, depending on which form you are currently in. Lucio's passive ability is a wall ride. By running towards a wall and jumping, then holding the jump button, Lucio will ride alongside the wall. This is useful in many situations, especially staying on the point in overtime to allow your team to return and get that victory. Another cool tip from our Overwatch Leveling crew is that if an immobile hero is chasing you, you can wall ride through a gap sometimes to prevent them from following you. Lucio's ultimate ability is Sound Barrier. He jumps up and smashes into the ground, then giving enormous shields to all his allies in a certain range. This ultimate is key for negating lots of damage and pushing hard. If that enemy Reaper jumps in to do his DIE DIE DIE ultimate, or Hanzo goes “Ryuu ga wa teki wo kurau!”; use this ability to prevent that overwhelming damage, a very useful effect. Lucio is an excellent beginner support who excels at dropping some awesome tunes to assist his allies and achieve a smooth victory(Drop the Beat!) that is sure to be that Overwatch Boost that you need to carry your friends.

Our Overwatch Boosting experts and I have covered the support and the tank, but I bet a lot of you just wanna go deal a bunch of damage. Here’s Soldier: 76. He is a great damage dealer for most situations with abilities and a feel that reminds you of classic FPS games. Soldier: 76’s primary weapon is his Heavy Pulse Rifle. With this weapon, he can quickly unleash damage into the enemies or fire Helix Rockets. The Helix Rocket is a spiraling projectile that explodes on impact and damages the area where it explodes. It is a large amount of burst that can really bring down the characters with the most health.

The next ability, Biotic Field is used to heal his team in a short-range. There is a small circle on the ground that appears to show this range. This is great when the healer is not present, or when you just need some extra heals to get through the incoming damage. 76’s passive is titled Sprint. This is amazing when you need to get back into the fight quickly, chase someone, or when you need to escape. Soldier: 76’s ultimate ability is Tactical Visor. If you’ve heard of aimbotting, this is it. If not, here’s an explanation. He uses a special visor and locks onto nearby enemies so that you don’t even need to aim! This ultimate is extremely powerful in chaotic team fights where enemies are all over and abilities are coming in left and right. Soldier: 76 is a great damage dealer that reminds old FPS players of characters they have previously played, and is a great way for new FPS players to get a jumpstart right in the genre dealing loads of damage. He's often ranked well on our Overwatch Tier List.

If you’re new to the FPS genre, these three characters will give you and your team a solid boost, allowing you to learn the ropes and have a huge impact. If you feel you’re starting to really understand the game, don’t hesitate to switch to any of the other eighteen heroes that are currently released. Another key mechanic that our Overwatch Boost team loves to are in the game is mid-match hero switching, something that allows you to easily counter your opponents. If you have any questions, comments, or concerns, feel free to leave something below.