Why Lucio Is Picked In Almost Every Overwatch Game?

Blog Why Lucio Is Picked In Almost Every Overwatch Game?

Lúcio, the famous DJ and Freedom Fighter, has always been a fan favorite, staying up there in the chart of the most picked characters in the game. Regardless of meta, you always see him. Our dilligent Overwatch boosting team will share some thoughts about why is that. The fighter DJ has stayed relevant regardless of which hero was the most playable and most OP or most meta, even after a major speed boost nerf. This, though, has sparked some controversy in the community. Although this has not been an enormous issue in the community, it is still a really important topic to discuss. It is seen as an issue with the character and an issue with the meta being a counter to most static defense heroes. This causes the various static defense heroes to never see the sunlight, once again, regardless of the meta.

But Why Is That a Bad Thing?

Counters are present for nearly every hero, at one point or another in the game, and somehow we, no matter what changes are implemented, never see a suggested counter for Lúcio that is as effective as should be. Why is that? Why is is that every hero in a way has a counter but not Lúcio? Should we nerf Lúcio? Done. Still strong? Should we try to balance the heroes around him? Done. Still strong? Yikes. Several factors weigh in on Lúcio’s everlasting strength. First off, the various tools he is able to work with including but not limited to his mobility tools such as wall riding and the increase in movement speed, his relatively strong and un-counter-able ultimate, his continuous healing and speed boost (with no penalty). All this? Yes, all this and in addition does damage. Lúcio mainly stays relevant due to the fact that he has a solution for every situation you can be in. For example, if you wall Lúcio off one can easily ride over it and also with his push he can stay away from anyone getting a little too close. Just thinking about this, it sounds absurd, and it really is if you really think about it. Something we really need to set the spotlight on is his ultimate ability, Sound Barrier. Sound Barrier is basically a shield, not just for him, but for nearby allies too! All that is needed for his ultimate to be in great effect is that Lúcio only needs to somewhat be close to his allies regardless of where the enemy is. Other ults like McCree’s ult require a lot more than just that. Instead, McCree’s ult needs more planning, better positioning, and better protection from teammates, and that is just one example. Most other ults are just like that. Needing extra effort from the person throwing their ultimate or from the allies benefiting from that ultimate. Lúcio, though, doesn’t play by these rules. His ult can be used almost effortlessly, right in the middle of a fight when its most needed with no nearly zero consequences to consider. In addition, there isn’t really any direct counter play to his ult. Nothing a player can specifically do to overcome what the ult provides Lúcio’s allies. Ridiculous enough yet? 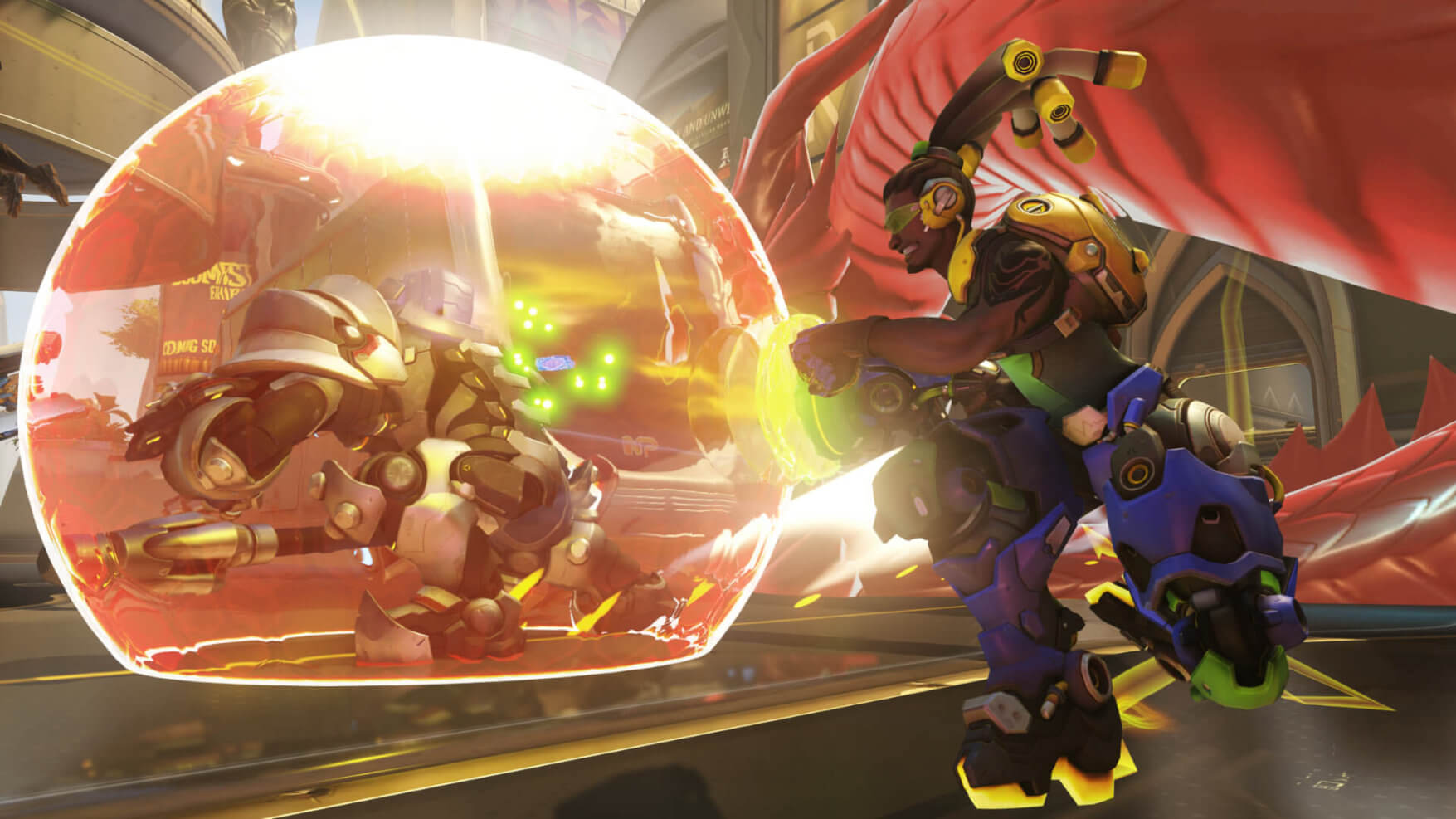 Another factor that has a huge effect on his kit’s strength is his speed boost. It is great especially when there is a plan or a bit more synergy in a team’s gameplay. Catch an enemy out? Engage on the enemy team? It is all made easier with his speed boost. Especially when the entire meta on Assault or Hybrid maps relied on speed boosting which negated all choke points. Also, the speed boost is a huge reason why you don’t really see defense heroes anymore. An on-demand AoE healing ability and an on-demand AoE movement speed boost is desirable to any team wanting to even have a chance to achieve a higher win rate The nerf Lúcio received has not really affected his pick rate since it has little to no effect on his viability in a game. Lucio will still have an extremely high pick rate unless something changes. But what exactly? 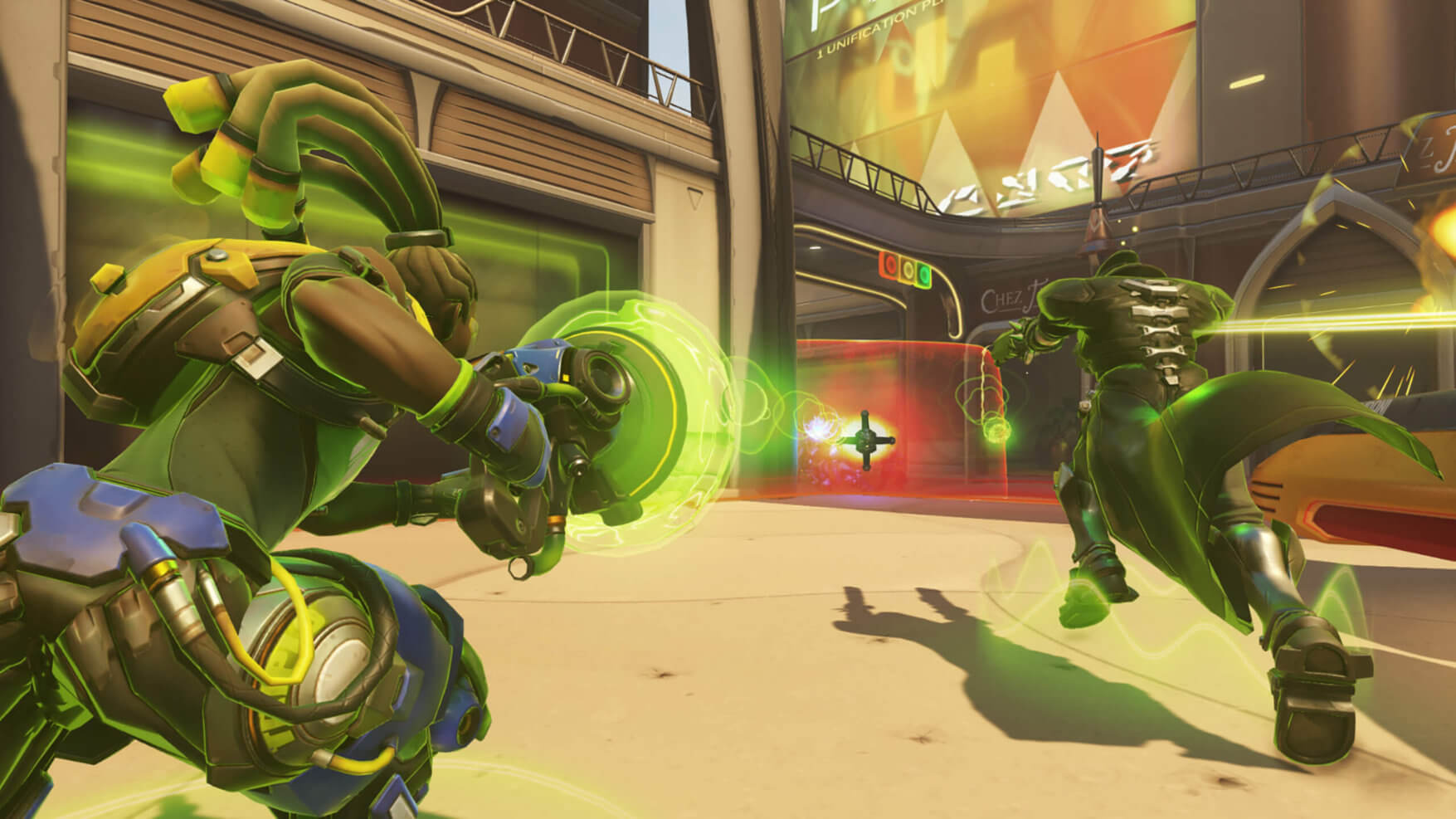 For Lúcio to seem more balanced and not be as useful in every game as he is right now, some changes to his kit may need to be carefully tested and implemented. We could possibly be looking at an even bigger direct nerf to his speed boost once again or to his heal. But is that really going to be effective? Our Top 500 Overwatch boosting team shares some suggestions below. 1. A possible switch up would be to implement a cooldown on his track switching making it a more game-changing decision and require more planning to jump into a fight with either a speed boost or not as it would take time to switch back. Other ways we can look at Lúcio being balanced would be to alter his aura size which could also require of Lúcio players to be more coordinated with teammates and to pre-plan every move. 2. Another very possible solution to Lúcio’s unique relevance is a future addition of another hero that can directly (or indirectly) challenge Lúcio’s abilities allowing for you to not have to see the freedom fighting DJ, Every. Single. Game. It is not the case that Blizzard will get nerfs and buffs precisely and correctly implemented every time. Such decisions require proper testing and require feedback from players of every level.

The game is still considered in its early stages and we could be seeing a lot more changes in the future regarding Lúcio’s kit and playstyle as well as meta shifts in the future. Blizzard will be blessing us with new maps, new modes, and new heroes over and over again and there will be further balance patches, so don’t you worry fellow Overwatch player. It is all a matter of patience and I am sure that the Blizzard team are working on making the game more enjoyable and as balanced as possible for everyone.