Overwatch Pharmercy - What Is It And Why Should You Play It 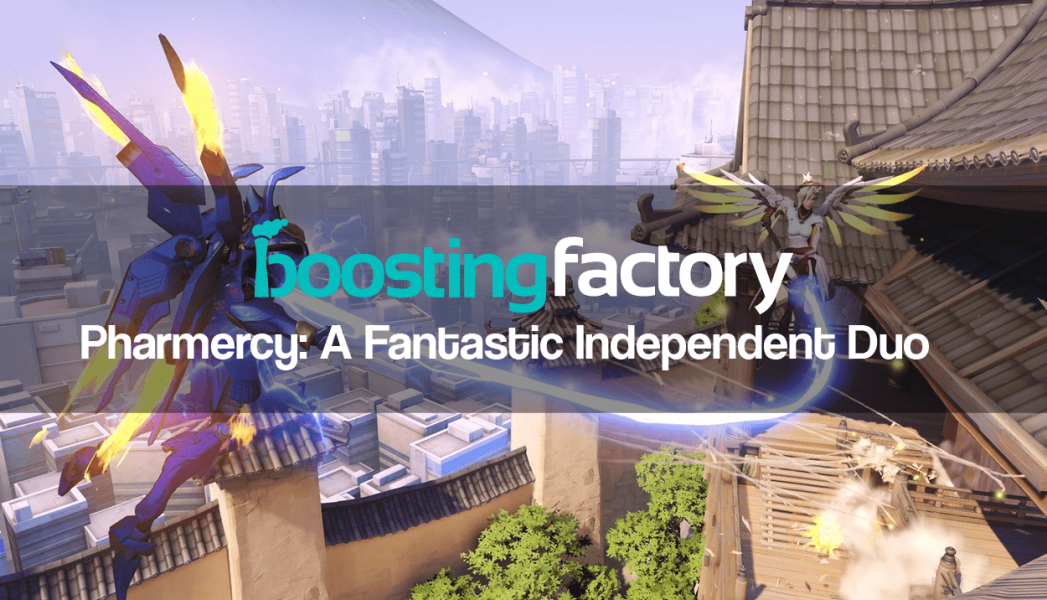 Hey everyone! Today I'm going to talk about the infamous Pharmercy and give some tips on it. Without further ado, let's dig in.

With the recent buff to Mercy’s survivability after rez and faster health regen, the Pharmercy package has found its way back into the meta once again. This combo, using a Pharah and a Mercy in a team comp, revolves around the fact that they both enable each other to do their job more effectively. Pharah is always a good target for Mercy to fly to, and Mercy can boost Pharah’s damage and survivability. This is probably the best combo for a 2-stack since not everyone in the game can be on the same page as far as communication go, and this combo really doesn’t require your teammate’s help.

Mercy flies, but has one critical problem is that she can only fly toward an ally, thus she can’t freely fly around in the air. By having a Pharah on the team, this problem gets solved very easily, as Pharah is naturally an airborne character. While in the air with Pharah, Mercy can do a lot more than when she has a Pharah to fly to, such as escape Genji's ult, Junkrat's Tire, and so on...

While Mercy seems pretty impossible to kill with these advantages, she is still very squishy and requires protection, our Overwatch boost team claims. Pharah can do this better than some other DPS because she has a huge range, and even if she can’t finish them off she can at least push them away from the Mercy. Pharah also, both directly and indirectly, gives Mercy more ult charges. What Mercy lacks in utility, she makes up for it with a strong ultimate, possibly the most game-changing one if used right. By enable Mercy to do her job better, Pharah has already indirectly given Mercy some ult charge. She can also directly gives her ult charge by landing rockets while getting damage boosted. All in all, by having a Pharah on the team, Mercy can easily be much more powerful than with a team comp that doesn’t include her.

The biggest enemies of a Pharah are hit-scan DPS heroes, most notably McCree and Soldier:76. With a Mercy healing her, she won’t be getting 2-3 shot by a McCree anymore. She can also finish them off easier with the damage boost, especially from far away as she doesn’t have damage fall off. Remember that McCree deals 70 damage per body shot and 140 damage per headshot, and Soldier:76 does 20 per shot and 8 shots per second on close range. So even with a Mercy healing, Pharah won’t be able to stay alive if she gets too close and the enemy’s hitting their shot since Mercy only heals 60 per second. However, with Mercy's damage boosting, Pharah actually out-damages both McCree and Soldier:76 and therefore can become the aggressor in this matchup. Pharah also is the most vulnerable while ulting and Mercy can help fix that to a certain degree.

Pharmercy works best on KotH maps. Pharah has places where she can knock people off the map (and both her and Mercy can gain ult charge off of this). The fight is usually focused on the point, which is always a good thing for a Mercy since her ult works best when the team dies near each other. As a Mercy, you always need to remember that your goal in the game is not to follow the Pharah, but is to keep the team alive and stay alive yourself. Pharah enables you to do this better, but if you are only healing Pharah then you are not doing it right. A good Mercy will know when to get off the Pharah and go help her team, our Ow SR boosting team can play Mercy at extremely high levels too. It is important to remember that while Phamercy is a strong combo, it can be countered. As such, don’t be stubborn when you get picked out of the sky by the enemy’s Widow/McCree. Widowmaker only needs 1 shot to kill you, and McCree needs 2 if he is good, rendering Mercy’s healing useless. There’s not a lot you can do as Phamercy against a good hit-scan player and it’s best just to switch to something else. 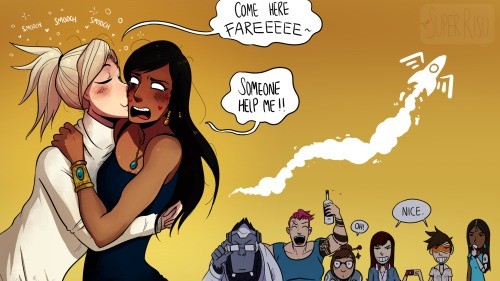 One natural enemy of Pharah is D.Va. While usually not capable of killing Pharah herself, D.Va can render a Pharah completely useless. A good D.Va will block most of your rocket, and she can eat your whole ult with ease, sometimes even kill you by flying close while you’re ulting. Make sure D.Va is out of her mech before you do any big plays (Barrage boosting for example), let that to our Overwatch boosting team. :)

A good Pharmercy duo can usually win the games by themselves. They have high damage output, great survivability, and a game-changing ultimate to top it off. This combo requires lots of resources from your opponent to deal with since a single McCree/Soldier:76 won’t be able to effectively deal with this most of the time. Therefore, utilize this, and keep the sky clear.