Overwatch Ranked Play Is Here - Everything You Need To Know

Blog Overwatch Ranked Play Is Here - Everything You Need To Know 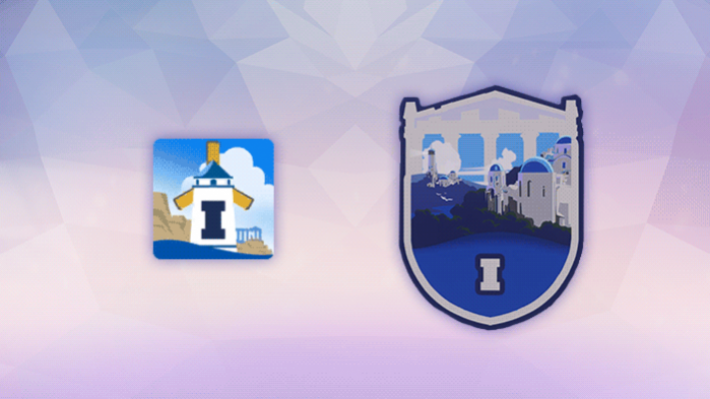 Hey lads! Today our Overwatch boosting team will be discussing the new Ranked Play system in Overwatch! Ranked play has now come into Overwatch, as well as some exclusive cosmetic goods. After over a week on the public test server, Blizzard finally announced that Competitive Mode for Overwatch is being launched live today, 28th June 2016. It’s a completely different system than what existed way back during beta, and for most players it will probably be the only real way that they choose to play the game as a whole from now on. In this article you will find everything that you need to know about the new Competitive Mode—from what the plays should look like, how you rank up, to all the prizes that you get for playing ranked. The season will end on August 18th, 2016.

There are a few different ways that Blizzard could have gone with their Competitive Mode, but, for the most part, the game will feel just like Overwatch before ranked. You will need to hit at a minimum level 25 from Quick Play to play ranked. This is probably easiest to do by only picking characters on the top of the Overwatch Tier List since that will guarantee that you win way more games. All 12 of the maps are available in ranked play right now, and every style of map basically has its own individual competitive format. 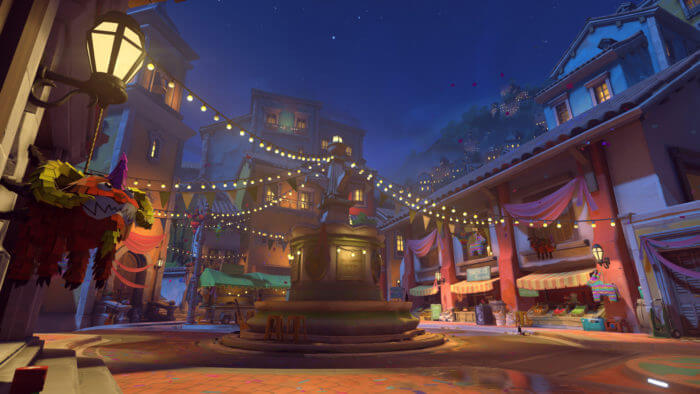 On any map that has a payload, you will play two games versus the same enemy team and you will have the same teammates—one time attacking and one time defending, and whichever team does better across both games winning the whole match. Unlike Overwatch’s new esports scene, which determines a team’s performance solely by the time that it takes them to complete a given objective, the official Competitive Mode for those maps only focuses on the sheer number of objectives completed. That means that every point your team captures or move the payload across while you are on the attacking side earns your team a point. After your team has had a time to attack, you switch sides then try to stop your opponents from scoring. However, If both teams can push the payload all the way, it turns into a Sudden Death tiebreaker on those below. Our Overwatch Level Boost team views this as a great first attempt, and commends Blizzard for a great release for the first season. 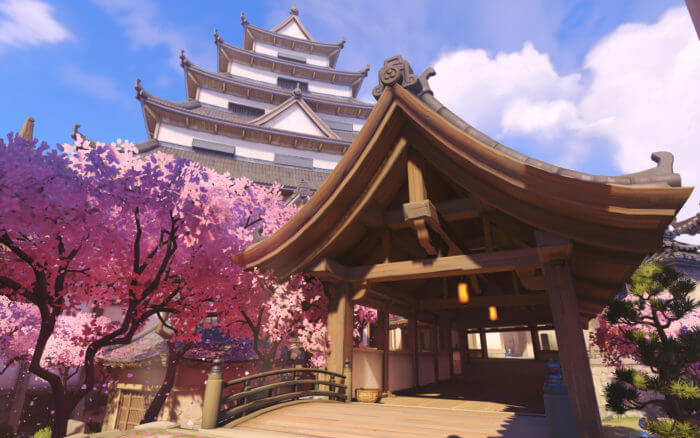 These maps that don’t contain a payload work kind of similarly, as each side, will take a turn attacking then defending, but these also have a “time bank”. The attacking team will have only 10 minutes on their timer to win that map. If they are able to capture both points and their opponents cannot, then the game is over right there. But if both teams capture the exact same amount of objectives, you switch sides then play again—except this time the attacking team only has only the amount of time that they had leftover from the end of their last attacking round. If you managed to capture both points on say, Hanamura in exactly four minutes, and your opponent took seven minutes to capture both points, you would play another round, except this time your team will have six minutes and they would only have three minutes. Our Overwatch Boosting squad views this as a great system that results in way fewer Sudden Death games, even though it may end up having longer matches. Sudden Death will occur if both team’s time banks run out and end with the exact same objective score. 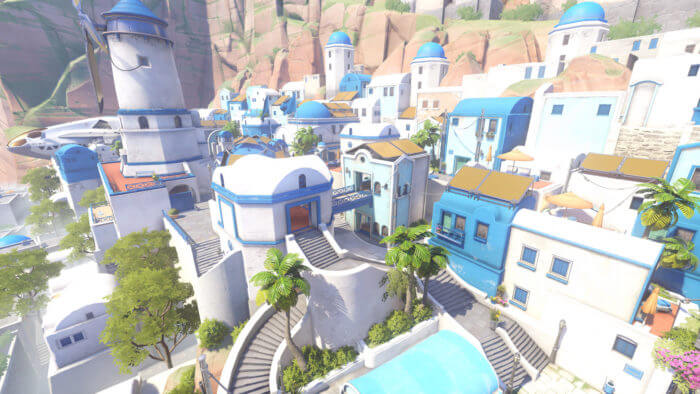 The Control maps are the only type of maps that are immune to ever ending in a tie. They play out pretty much the same as how you know them in Quick Play, with a singular exception: the competitive matches are a best of five instead of the old best of three. The points that you fight over are chosen from the pool of three, meaning you are now able to go back to the same point in a single match. The first that team wins three rounds will win it all. 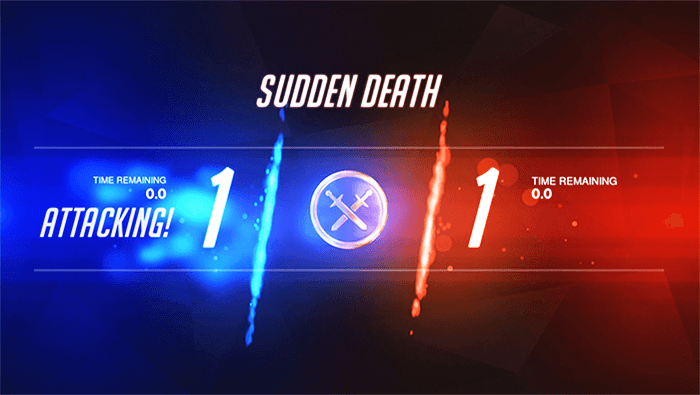 Tiebreakers are when things start getting rough. Right now a tie will put both teams into a Sudden Death match where the attackers only get two minutes to capture a single point. If they are able to take it, then they win. If they are not able to, the defense side wins. Sides are decided with a coin flip, and right now our Overwatch boosting team feels the system isn’t fair. Overwatch Game director Jeff Kaplan has written a pretty lengthy forum post basically saying that while the current system will stay for the first season, the Overwatch devs will be looking to change the issues for the next season.

How does the ranking system work?

The main purpose of the Competitive Mode is to be able to play at a higher, serious level. But let’s be serious, your real motivation is to see the little number next to your name go up. However, before you actually get your rank, you need to do 10 placement matches. The more placement matches that you win, the higher your base Skill Rank will be. Your Skill Rank is a bit counterintuitive when compared to other games, as it lies on a scale from 1 to 100 where 1 represents the absolute worst players and 100 are the very best, and the majority of players will settle around the center near 50. Our Overwatch Boosting team can assure that you place as high as you want every season. After each match, you will either gain or lose some progress towards a Skill Rank tier. Our Overwatch Boost team doesn’t yet believe that your in-match stats, for example, eliminations or healing done, have any effect on your progress, so you just have to win to go forward and lose to fall back. The amount you change each game is based on how much the average Rank of your team differs from the average Rank of your opponents, meaning beating better teams than you will award way more points. Seasons are planned to last just three months (however the first season will be slightly shorter than normal) with short breaks in between each one, but it is not completely clear what if there is any rank reset between each season to the next. Fortunately, it’s pretty fair to just assume there will be some kind of rank reset and, looking at their other games, there will most likely be a small reset which just moves players at higher ranks closer the middle.

And what about rewards?

Now we can talk about the good stuff. What will you get for winning a bunch of ranked games other than that sense of satisfaction and a slightly better number next to your name? Cool cosmetic items. Of course, you can always buy an Overwatch Boost and get all the cosmetic items possible for cheap. By completing just your 10 placement games during a given season, you get an icon and spray according to that season. If you make it to the top 500 players for competitive play in your entire server will show a very special icon under your portrait instead of only your ranked number, and you get that season-specific animated spray. But as those of us will probably not expect to be in that very elite group of players, every competitive match that you win will give you one Ranked Point. They can then be spent to buy some cosmetic items, like the golden versions of every hero’s weapon. The hero gallery has also been updated with a brand new weapon catalog, opening the door to have even more unique weapons in the future, potentially changing up our Overwatch Tier List depending on what is released!

This page was generated in: 0.65 seconds.