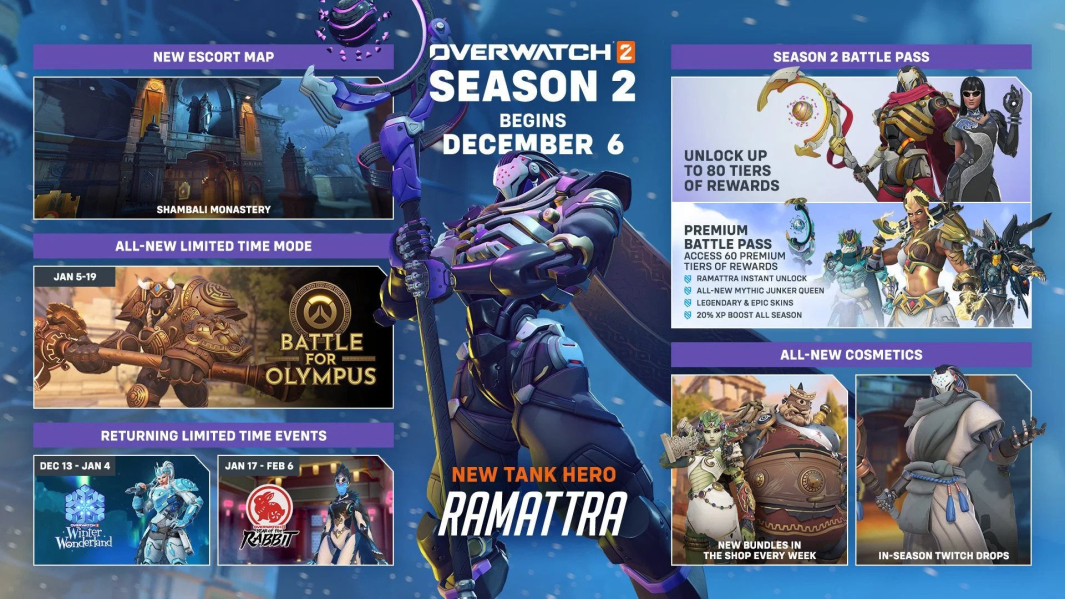 A brand-new season of Overwatch 2 gives players a lot of new things to do. Here's everything you need to know about what the Overwatch 2 Season 2 update brought, including the new Hero Ramattra and the patch notes.

Since Overwatch 2 is a free-to-play game, it will get new content and updates every season through its Battle Pass.

Overwatch 2 Season 1 got things going with a bang by adding three new characters, Sojourn, Junker Queen, and Kiriko, who could be unlocked with the Season 1 Battle Pass.

Even though the meta changed because of all the new content and changes to the Heroes, Overwatch 2 players are now diving into Season 2. Check out our Overwatch 2 Tier List to see what’s meta right now as we regularly update it.

Season 2 of Overwatch 2 adds a new Hero, a new map, and more, so let's get into the details.

When Does Overwatch 2 Season 2 Start & End?

Blizzard Entertainment has confirmed that Overwatch 2 Season 2 began on December 6, 2022 the same day that the first season of the game ended.

Each season will last nine weeks, so Season 2 of Overwatch 2 is expected to end on February 7, 2023. This will mark the start of Season 3, which will run for another nine weeks.

When Blizzard says for sure when Season 2 of Overwatch 2 will end, we'll make sure to update this section, so stay tuned. 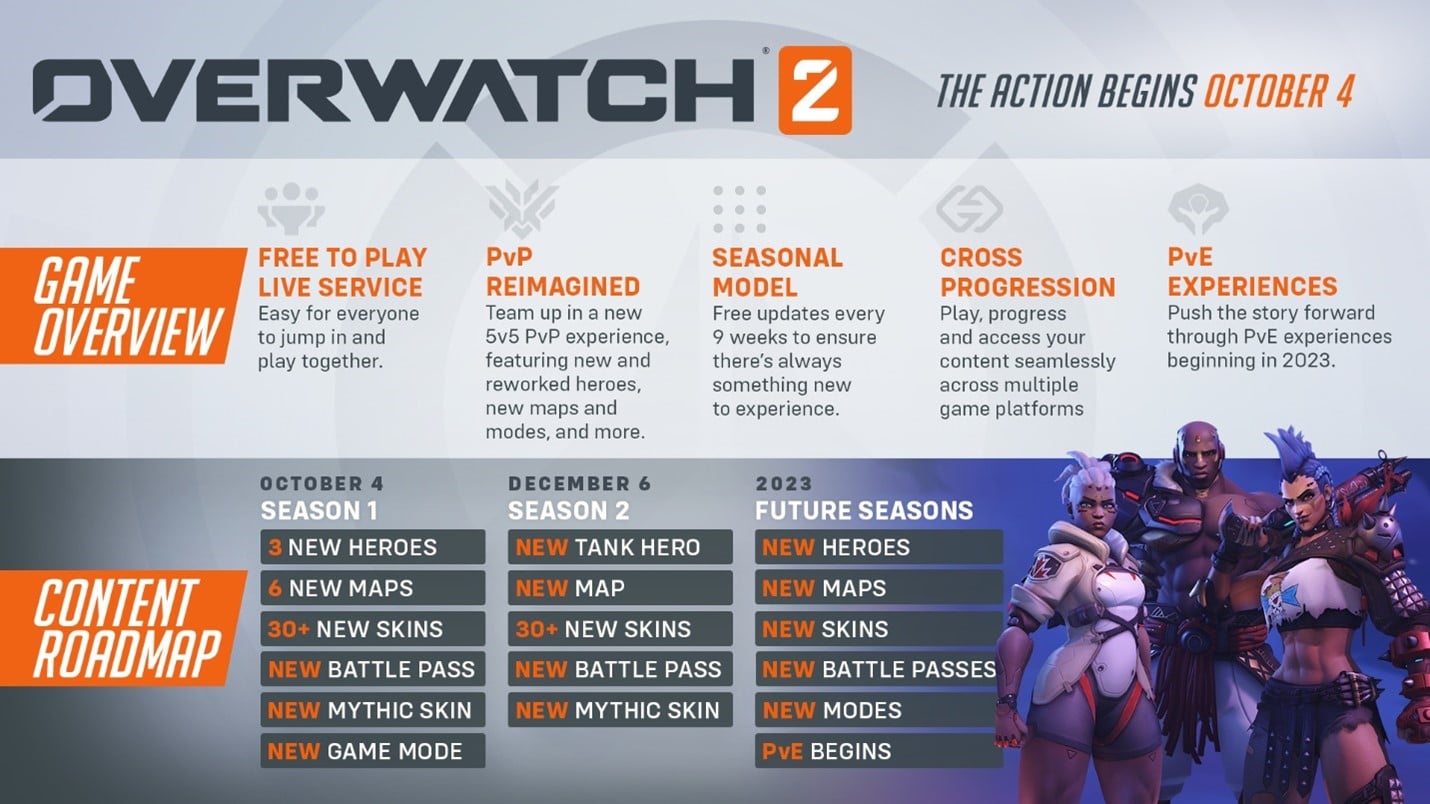 In Season 2 of Overwatch 2, the new Tank Hero is Ramattra. Ramattra is a brand-new Tank Hero that was announced at the Overwatch League 2022. He will give players more hard-hitting and damage-absorbing options to choose from.

We know that he will focus mostly on abilities that let him change, like his Omnic Form and Nemesis Form, which give the player different ways to play.

The new Hero will be unlocked through the Overwatch 2 Season 2 Battle Pass at Tier 45 of the free Battle Pass. Those who pay for the premium version will get the Hero right away.

The developers said in their blog that after Season 2's Hero, they plan to release new characters in "Season Four and Season Six." If you miss out on getting a Hero through the Battle Pass, don't worry: you can unlock them through "special new challenges, or you can directly buy them in the shop with Overwatch Coins" after the season is over.

Shambali Monastery is the new map for Season 2 of Overwatch 2.

Blizzard says that each new season will usually bring "either a new hero or a new map," but it looks like Season 2 will have both.

Shambali Monastery is the name of the new map for the Escort mode. It is set in the Omnic home of Zenyatta and the new Hero Ramattra.

Season 2 of Overwatch has a new Battle Pass, skins, and a Mythic Skin.

Every new Overwatch 2 season comes with a new Battle Pass, and Season 2 is no different. A new Battle Pass with 80 levels will give players cosmetics and rewards as they level up throughout the season.

This means that players will be able to unlock over "30+ new skins" for Heroes, including a new Mythic Skin for Junker Queen as the final Battle Pass tier, which is very customizable.

You can read the rest of the Season 2 Patch Notes here.