Blog Overwatch 2: Everything You Need To Know About It (2021) 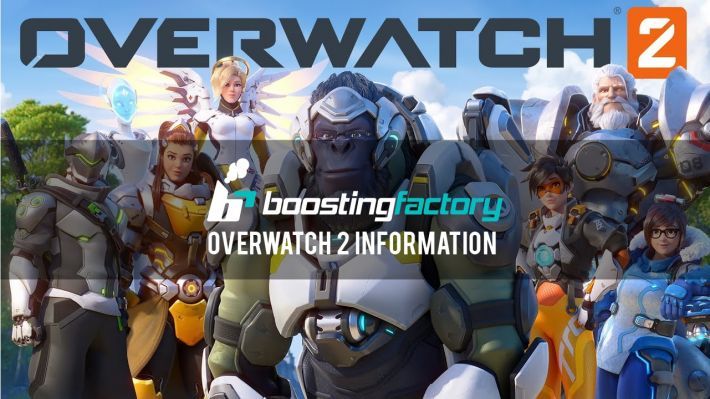 Hey everyone! Today I’m going to talk about the latest news of Overwatch 2 and regularly update this post whenever something new comes out so bookmark it and check back!

Okay, before we dig into the news, this is a question we’ve been receiving a lot - are we going to do Overwatch 2 boosting when it comes out?

YES! We will have boosting services available on the very first day it’s playable, ranging from Skill Rating boosting to brand new PvE missions and leveling. For now, we offer all kinds of Overwatch 1 boosting services so don’t hesitate to get in touch.

Is Overwatch 2 a new game and how much will it cost?

Yes, and no. Overwatch 2 is a brand new game, but the developers have made sure that all your progression from Overwatch 1 transfers to the new game! This includes skins, player icons, sprays, highlight intros, and emotes. Overwatch 1 players will be able to play vs Overwatch 2 players in PvP modes, including the new maps and heroes.

The price is for now unknown but it could possibly even be free to play.

When is Overwatch 2 release date?

This is the main question everybody here is wondering about. In short, we don’t know yet. Once we do, I’ll make sure to update this.

At BlizzCon 2019 we were told by Jeff Kaplan that the game was still in early development and has no idea when it will release, which is a good thing, they should take their time and give us a good game, no pressure.

Blizzard has also stated that it’s definitely not coming in 2021 just like Diablo 4. Bummer. Will it be in 2022, I surely hope so!

Also, here’s a link for the full Overwatch BlizzCon 2021 presentation.

One of the major changes we learned of is the switch to the 5v5 game mode instead of the 6v6. The game will be played with one tank, two DPS, and two support. The reason for this is the apparent chaos that 6v6 causes, says game director Aaron Keller. While that is also true, what this also does is heavily reduce queue times, which matches the recent announcement that Overwatch becomes a cross-play game, a move that other major games such as Call of Duty Warzone and Apex Legends already did.

This also means that tanks will be changed quite a bit, some more, some less in order to make them equally “tanky” and capable of solo tanking, but also more aggressive and not just “walking barriers”, lead hero designer Goeff Goodman said.

While this isn’t really an Overwatch 2 novelty, it’s definitely worth mentioning. Our guy Jeff has left to pursue other things and lead designer Aaron Keller has replaced him. It will be interesting to see how this will affect the game. Here’s the Jeff Kaplan All-Star Platinum meme as a tribute.

Sojourn and Echo are the new heroes! Echo was also added to Overwatch (1) but Sojourn wasn’t and will release with Overwatch 2. Overwatch 1 will not get any new heroes until Overwatch 2 releases. We guessed it in our New Overwatch Hero predictions post, so make sure to follow that post for more predictions. 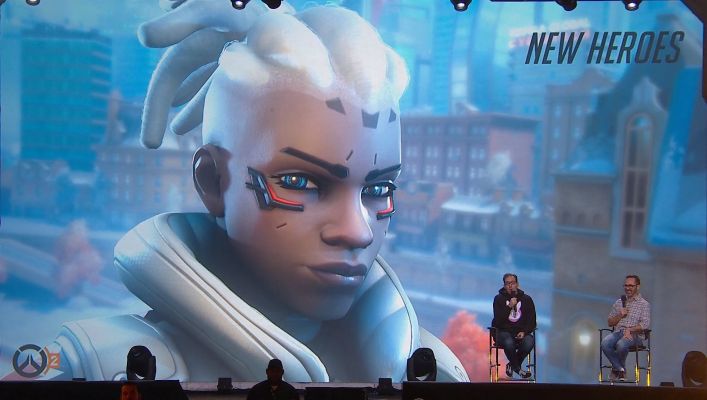 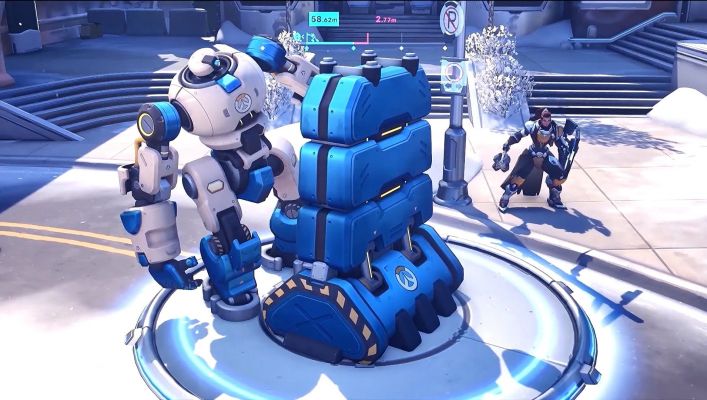 The game is getting a new mode called Push, very similar to payload maps but not exactly the same. This is not going to be an arcade mode, but a real core mode even played by Overwatch League.

The goal is to push this funny robot across the map and secure checkpoints or push it to the last point for an instant win. You need to stand near the robot for him to push, if you get wiped out, the enemy team can start pushing him in the opposite direction. 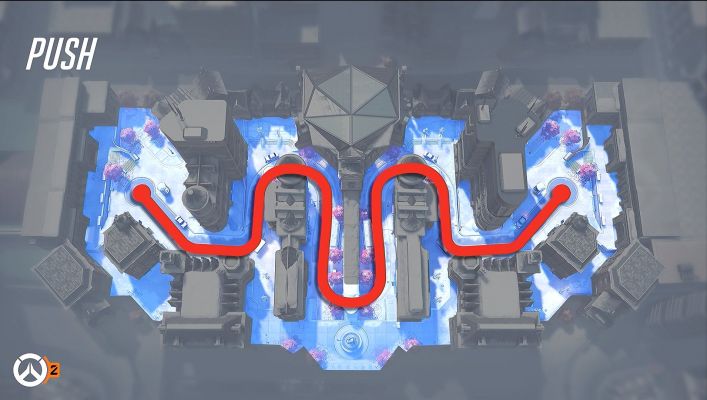 The first map is Toronto, Canada. The map is mirrored and symmetrical meaning there shouldn’t be any advantage for any team. The map is also very flanky so we expect some awesome plays there. Team fights will also happen throughout the map, not just at control points like we currently have.

The remainder of the new maps are Gothenburg in Sweden, Monte Carlo in Monaco, Rio De Janeiro in Brazil. 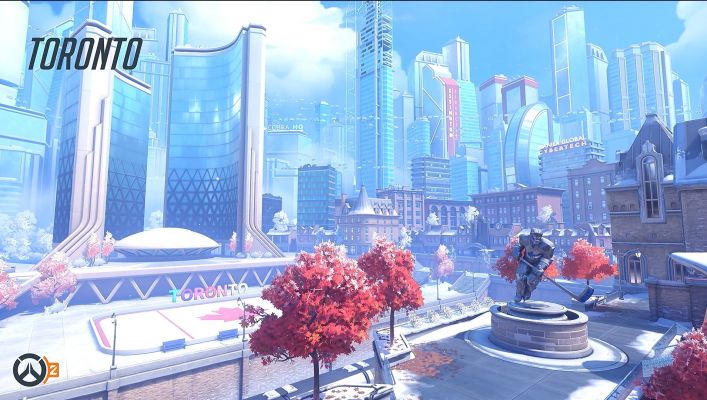 There’s a talent system, by leveling up heroes you unlock talents that make you stronger. They are only reserved for the PvE part of the game.

These are an example of Tracer’s talents: 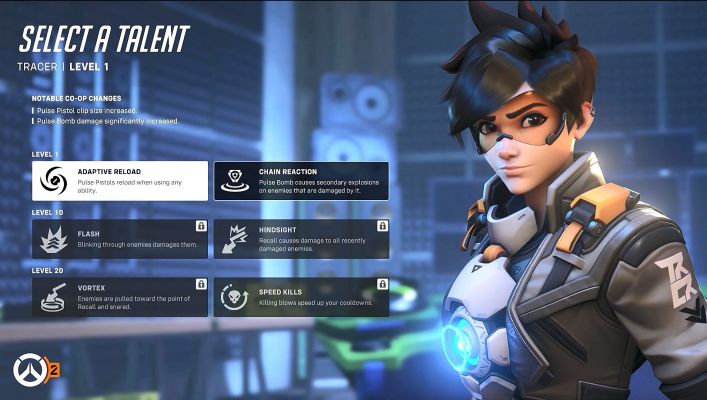 These are PvE content, not PvP. You can also level up heroes through these missions.

Paris is now under attack, so is the rest of the world. You’re joining Winston and the rest of the team in Paris. Developers will focus on more cinematics as we really really love them!

This is similar to adventure mode in Diablo or world quests in World of Warcraft. You can do them daily and it will give you experience for progression.

There will be missions all across the globe in old and new maps. Objectives will keep changing. Good news is that you will be able to play all heroes here, not just four like in some Story missions.

There are different enemy groups such as Talon, Null Sector and more threats that will be announced. 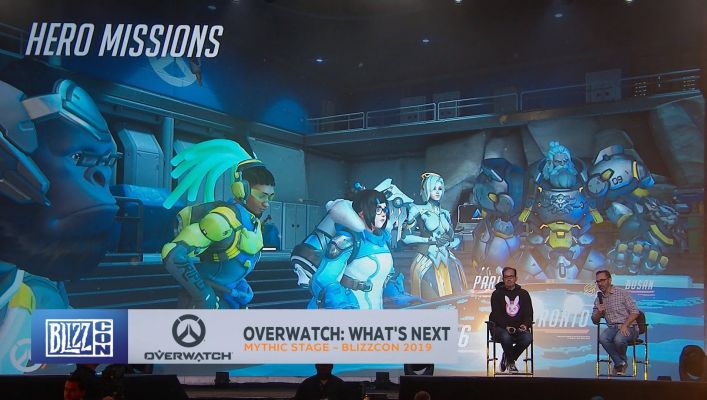 What will happen with the original Overwatch game?

The team will be focusing on Overwatch 2 for now, there will be some updates but rarer than now. I reckon we will all switch to Overwatch 2 when it’s released and move our progress there because they made it possible.

I’m super excited about Overwatch 2 and boosting it! I hope you guys are too and let me know what you think in the comment section below. :)