Who Is The New Overwatch Hero 33 [Bonus Meme Heroes]

Blog Who Is The New Overwatch Hero 33 [Bonus Meme Heroes] 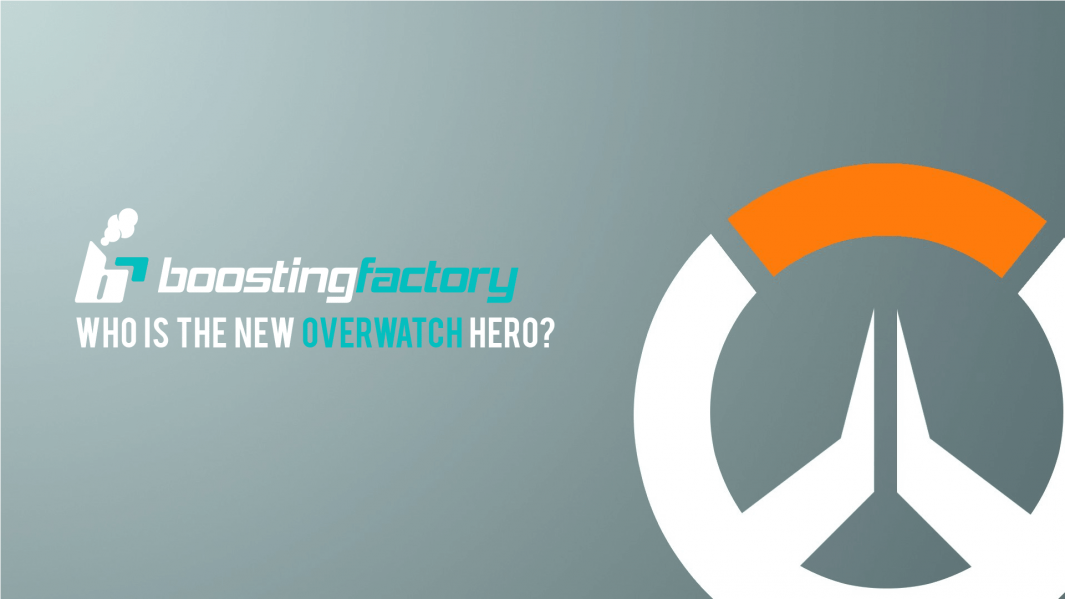 Today you’ll see who are the most likely candidates for the next Overwatch Hero 33. I've guessed Echo as the Hero 32, and now is the time to find out who is Hero 33!

I’ve taken a short break from Overwatch boosting and researched all possible clues for the new hero and I assembled a list of the most probable ones for you and info on what we know about them so far. The release dates are so far unknown.

Don’t worry, it will be an easy and quick read, so let’s dig in straight away.

Who Is The Next Overwatch Hero? 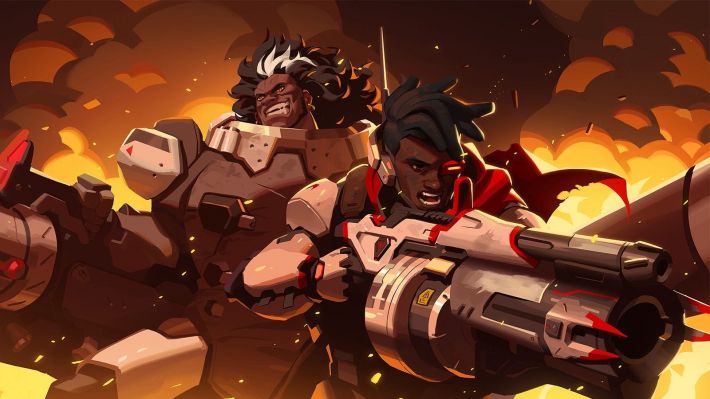 We first saw Mauga in Baptiste’s What You Left Behind short film back in June. He is a tall and muscular big guy who wants others to think he is dumb, but actually he is quite cunning.

He quickly shifts from being nice and sweet to an “all hell broke loose” state, Baptiste referers to him as a demon. His kit possibly features deploying shields and shooting from range with his twin cannons.

He also looks quite similar to the Talon Heavy Trooper from the Retribution mission. Jeff Kaplan has said that he will surely be an Overwatch hero but we don’t know when. 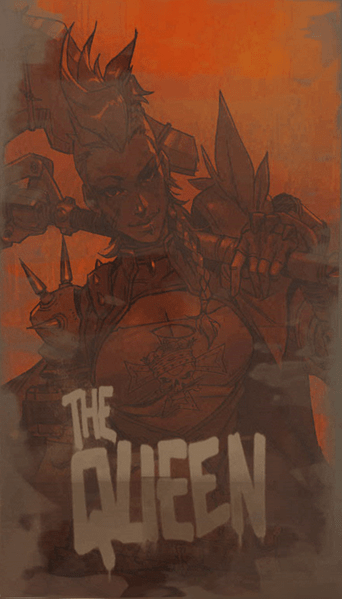 The Junker Queen is a leader of the Junkers and naturally, based in Junkertown. She has her own group of brutes who collect taxes for her in Junkertown.

She was a former champion of gladiatorial battles in the Scrapyard. Also, it’s confirmed that she has blue hair. 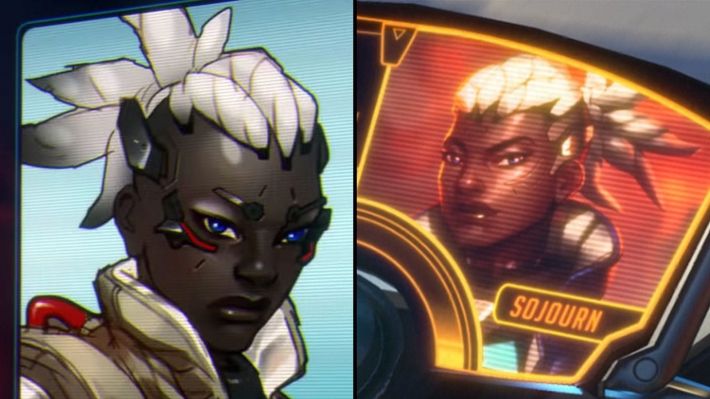 Sojourn was an Overwatch caption and the main driver behind the Storm Rising mission. Winston recalled her during the Recall animated film, and we’ve seen her in Ana’s origin story.
Jeff has also confirmed that they’ve been working on her since before Overwatch was even released.

Sojourn on the far right 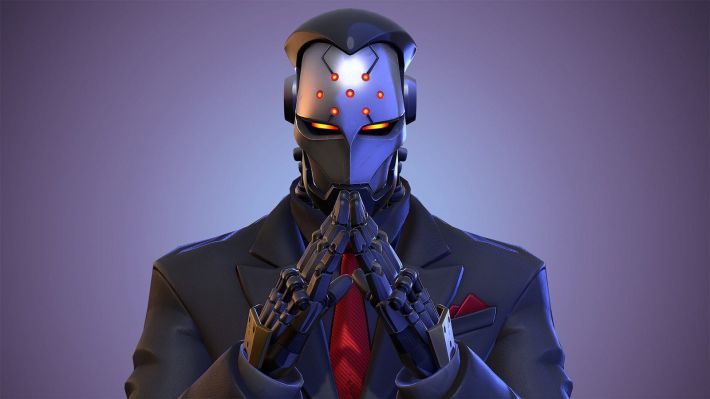 We all remember this guy, don’t we? The classy suit Omnic? He is probably one of the most demanded heroes ever since we saw him in the Doomfist’s Masquerade comic.

We heard of Maximilien many times, for instance at the end of the Retribution mission. During a voice over, McCree states that some “new faces stepped up to fill the void” after organization Blackwatch murdered Talon’s Antonio Bartalotti.

The first time we’ve heard of Maximilien was in Storm Rising mission where Genji, Mercy, Tracer and Winson chase him through Havana and catch him.

In case he becomes a playable character I believe he won’t be a fighter, him being a classy guy and all, maybe a whole different playstyle than what we’ve seen so far. 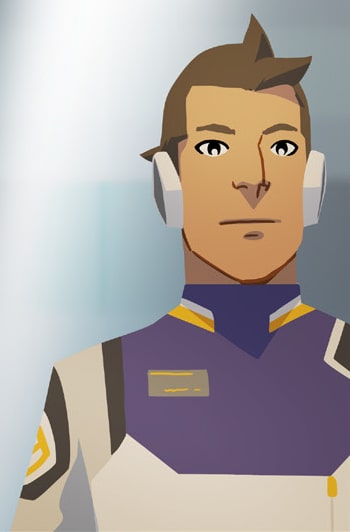 Only Symmetra has so far used The Vishkar Corporation’s technology, utilizing light to create objects. We’ve yet to see another hero that can also do this.

Sanjay might the the one. He is an “evil” character who is secretly in bed with the terrorists Talon. We’ve seen him at the Talon meeting in the Masquerade comic and in Moira’s short film. He would be a great counterpart to Symmetra and we haven’t had a builder character in a while now.

After I’ve shown you the most serious candidates, here are a couple that are possible, but quite unlikely considering they’re memes. 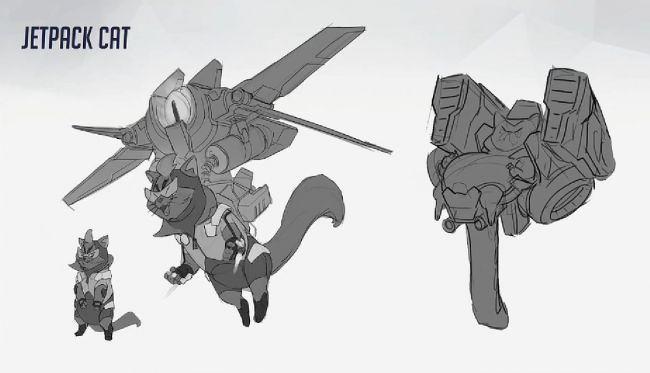 Jetpack Cat is an old Overwatch concept, it never came to life because it was funny to have a cat flying around on rockets, however, Wrecking Ball… It’s now an inside joke for Overwatch players, in many posts and threads like the one you’re currently reading you can see The Jetpack Cat demanded to be a new hero.

We’ve actually seen the cat in Brigitte’s animated film where she’s making armor for it in Torbjorn’s workshop. 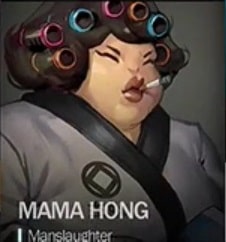 Mama Hong was a hero design concept for the unreleased game Titan Project. Her only known ability was Manslaughter. Yikes.

She is an amazing meme, well, a cigarette-smoking fat Asian woman with hair curlers. Need I say more? :D

Players, of course, being jokesters, have demanded her ever since 2017 reveal at the 2017 Blizzcon’s Overwatch archives panel.

So Who Do You Think is the Next Overwatch Hero?

I’m excited about the new hero but I would love to hear what do YOU think who he is? Do you have something to say about my predictions?

Please let me know in the comments section below and let’s put our tin foil hats together! Haha.