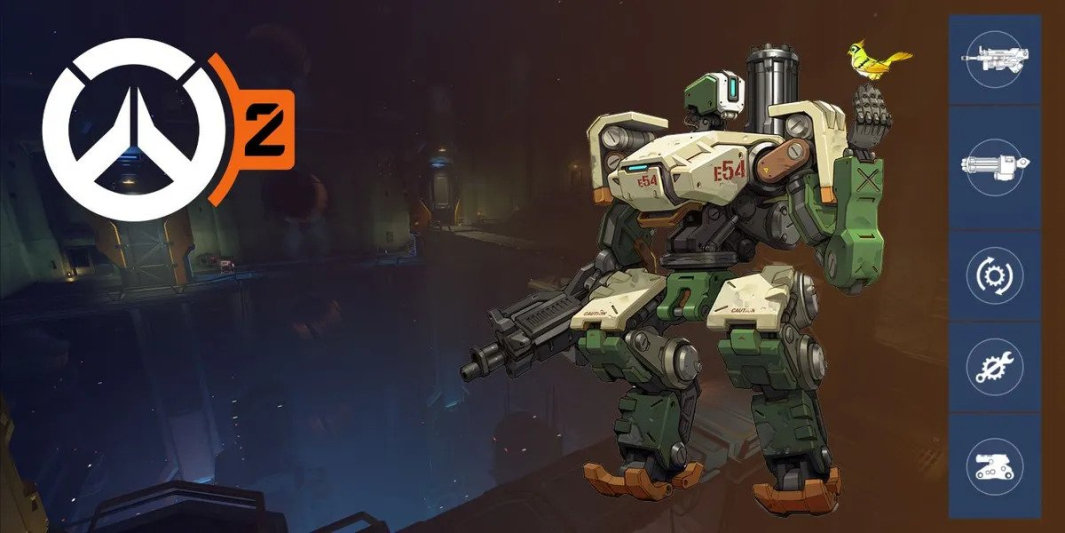 Hey everyone! Today I’m going to be talking about Overwatch 2’s Bastion. Bastion has been with us since Overwatch 1, however, he was reworked with the launch of Overwatch 2, therefore, this guide will consist of all the changes he had. This guide is therefore up-to-date!

I’m a professional Overwatch 2 player and a booster here at Boosting Factory, it’s crucial for me to know how to play every hero with my eyes shut blind, whether I’m playing him or against him. Therefore I’m going to share my knowledge with you.

Don’t worry, it will not be too long, but it will contain valuable info. Let’s dig in!

Who is Bastion Anyway?

Before we start with the guide, let me tell you a bit about Bastion just so we can get comfortable. Bastion was created for peacekeeping purposes, however, during the Omnic Crisis he was on the frontline against humans. After the war ended, most Bastion units were dissasembled.

He got damaged in the war and was left in a jungle for a decade, after he was rediscovered, he became peaceful after nearly reverting to his old programming and attacking Stuttgart. You can read the full story here.

Let’s move on to Bastion’s abilities.

Starting off with his passive which is quite simple. When Bastion is in configuration Assault and Artillery, he receives 20% less damage (applied before Armor). Straight and simple. This ensures his survivability during times when he’s more exposed.

What this means is that Bastion can use his transform to survive for example Junkrat’s tire if he’s full HP and armor, and transformed. Merely transforming and soaking the damage will be enough to survive.

It’s worth noting that Bastion will not gain this passive during the transformation, it needs to complete first.

I would also like to add that his LSHIFT allows him to reconfigure between the two modes that I’m about to follow up on. It takes 1 second to transform into Assault mode and 0.5 seconds into Recon mode.

This is Bastion’s default mode. He’s fully mobile and has a submachine gun that fires steady bursts at medium range.

What’s great about this is that it has no recoil or firing spread. In layman terms, no matter how far away you are and how many bullets you shoot, the bullets will always land where the first one did.

When switching to this mode, Bastion is less mobile (-35% movement speed), but does three times the damage. However, due to his passive, Bastion receives 20% less damage in this mode. He can be in this mode for 6 seconds, and then the cooldown is 12 seconds.

This ability is essentially what makes you pick Bastion, when in this mode, you need to melt stuff. Even tanks except D.Va or Orisa who might eat your shots.

Due to the movement speed reduction, timing this ability is key. If you position yourself poorly and activate, everybody hides, you get zero kills. Very similar to Soldier:76’s ultimate. Or even worse, you pop it but the whole team is on you and you just die and can’t escape, oof.

Its a good idea to pair with Symmetra or Lucio so they can provide you with mobility.

Bastion can launch a grenade that bounces off walls and explodes when it hits the enemies or ground.

It has a relatively short cooldown of 8 seconds meaning you should spam it as much as possible against the enemy backline and squishies. However, most of the damage is from the explosion itself, so it’s also often good to target tanks that have enemies nearby who can also take the damage from it.

You can use the wall bounce mechanic to hit squishies that are on bridges and high ground hidden, just apply some basic physics.

However, if it hits the ground first, it explodes. Meaning you can use this to make your own rocket jump, just stand on top of it and launch it, you will be able to reach high grounds.

Bastion’s ultimate allows him to immobilize himself, get an overview of the map from the bird’s perspective and launch to artillery shots wherever he wants that deal up to 600 damage each and 20% self damage if you hit yourself.

The problem is that it takes 1.75 seconds for the shells to land and enemies usually just move out. This is why once again you should only use this ability mid fight after they’re immobilized, or running away and then you hit the choke points that they need to go through in order to escape. Then they die to your artillery or to your team if they stop running.

Alternatively it’s a good shot when they’re on objective so they can either die or have to move away from the objective.

A more advanced strategy is to throw on in front of them, one behind them, making them unable to go anywhere and then finishing them with a third shell. This needs to be done effectively and fast.

How To Position as Bastion

Since you really need a support to pocket you, you should never be flanking as Bastion but rather stick in the back with your support and look for opportunities to capitalize on.

You should be capitalizing on melting enemy tanks if you force them to come into you like for example Reinhardt charging in. First you will poke them with your Recon configuration and bombs, and once they’ve commited you can melt them with your Assault configuration.

One last tip, if 1v1 with Genji, careful with deflect, you will melt yourself in a second.

Thank you for reading my guide! I’m reminding you that you should check out our Overwatch 2 rank boosting services so we can help you get the rank you deserve and need. Don’t hesitate and get in touch today!