Top 10 Valorant Placements Tips To Help You Win All Games

I have written down the 10 most essential tips that will help you win more of your placement matches, if not all five of them.

Without further ado, let's dive right into the tips.

1. Play your comfort picks and don’t be an OTP

Playing your comfort picks is a no-brainer most likely, trying out new agents during your Valorant ranked games is a disaster in the making.

Stick with the agents you know and have practiced. Now on to the second point, don’t be an OTP! OTP is a one-trick-pony, which essentially means that a player plays only ONE agent. While he may be extremely good at it, if the agent is picked or does not fit the composition, he becomes useless.

Therefore, I strongly suggest to play AT LEAST 2 agents, preferably 3 or 4 as your comfort picks. Practice them in Unrated, get to know them and be ready when your favorite agent is picked or it just doesn’t fit the composition or meta.

Do you know how pro athletes warm up before their game? You need to do the same. Playing cold will result in poorer results and lost games.

Valorant has an amazing practice range that’s definitely one of the best I’ve seen in shooter games, it will warm you up for sure and you can even use abilities. Spend 5-10 minutes before a ranked match in practice range, or if practice range isn’t your thing, play an unrated game or two.

I know that many of you can only play during late nights or weekends, if that’s your only choice then it’s okay. But, if you can play during business days and not so late, I strongly suggest it.

One of the reasons is tiredness and tiltedness. Players that play late night are often tired from their day job, school, activities or just from playing all day. That means you as well. Aim will be worse, reflexes too. Not to mention that when you’re tired, or your team is, you tilt much easier and lose a game that otherwise could have been won.

I don’t suggest playing on weekends because that’s when most casuals play, players who don’t play the game so much because they have no time or even children who don’t have school (sorry if that’s you!). They don’t take the game as serious and often won’t do their best. 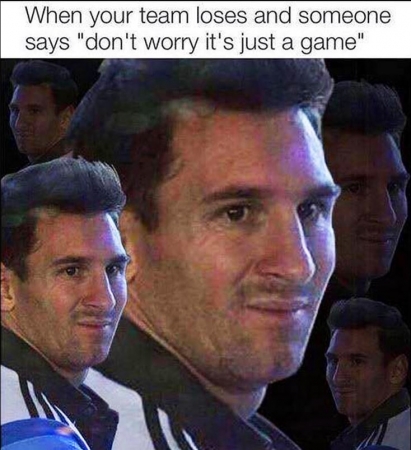 4. Be nice and supportive

To follow up on the previous tip, being nice and supportive is essential to winning Valorant placements.

If you’re tilted, or your team is, the last thing the team needs is more negativity coming from you. Do your best to suppress the negative emotions during the game and be nice. Motivate your team, start leading them, support them.

You can rage all you want after the game, but you only get one shot at this placement, don’t ruin it by arguing with strangers on the voice chat. Win the game, argue later.

Voice chat is just way too important in Valorant to ignore it. Calling out the strategy, rotations, enemy positions, and so on is essential.

Nobody cares that you sound like a prepubescent kid or that your mic isn’t the $500 streamer quality mic, what everyone wants is to win, if your voice input will help, and it will, that’s what you do.

However, keep the voice chat to a minimum (introverts rejoice!), do not explain in great detail where the enemy is or what kind of skin they have. Hearing in-game sounds is important and don’t clog it with your monologue. Keep the info short, clear, and precise. For example, shouting “two B long” is enough, don’t yell “two enemies at B long, I think one is Viper and she’s on the left, the other one might be Sova but I’m not sure so take it with a grain of salt, also she has a new skin it’s pretty dope…”.

If you don’t have friends to play with, or they’re just not good enough to play in your bracket, that’s okay. You can find teammates from your solo matches.

Don’t be shy and suggest to a teammate that worked well with you if he or she is maybe up for more games, it will help your rank greatly to have a reliable teammate, if not even a full 5-man team.

You guys can do all the strategies together and your synergy will grow with each day, who knows, maybe you even get a new friend! All in all, it’s a win-win situation.

Another no brainer tip, but, I believe it’s important to repeat this often as players often forget it. If you’re having a bad day or a bad streak, it’s normal to experience negative emotions.

But, when that happens it’s important to realize it and pull the plug. Take a break, take a walk, do something else, eat healthily, drink some water, and come back later.

Your rankings are going to thank you, and especially your placements score, you have only 5 games, remember?

If you don’t have time to do your placements or just don’t want to risk it, we got you. Boosting Factory does a service called Valorant placement matches boosting where you can purchase placements and get a professional player to do them for you, or just play with you and help you win more games.

There’s a win-rate guarantee so you’re always getting your money’s worth, and 98% of customers are satisfied and come back for more boosting. The service is anonymous, fast, and safe, give it a shot!

In this tip, I am referring to a strategy. If your team’s strategy is working, don’t try to fix it if it ain’t broken. Learning a new strategy will take a few rounds that could have been won with a working one.

You most likely won’t be playing against professionals such as our Valorant boosters or Shroud that will easily adapt to your strategy. It will take a good team a few rounds to adapt to your working strategy, and not so good teams won’t even adapt, and before you know, you’ve won the game.

You’re 0-5 in the game, they’re attacking, it looks like it’s going to hell. Full stop.

Take a deep breath, motivate your team, and DO NOT GIVE UP. I’ve played countless games where we managed to get a couple of rounds on the losing side, but then obliterated the enemy team on the swap.

Never, ever give up.