Overwatch - How To Play on Hanamura Guide

Blog Overwatch - How To Play on Hanamura Guide 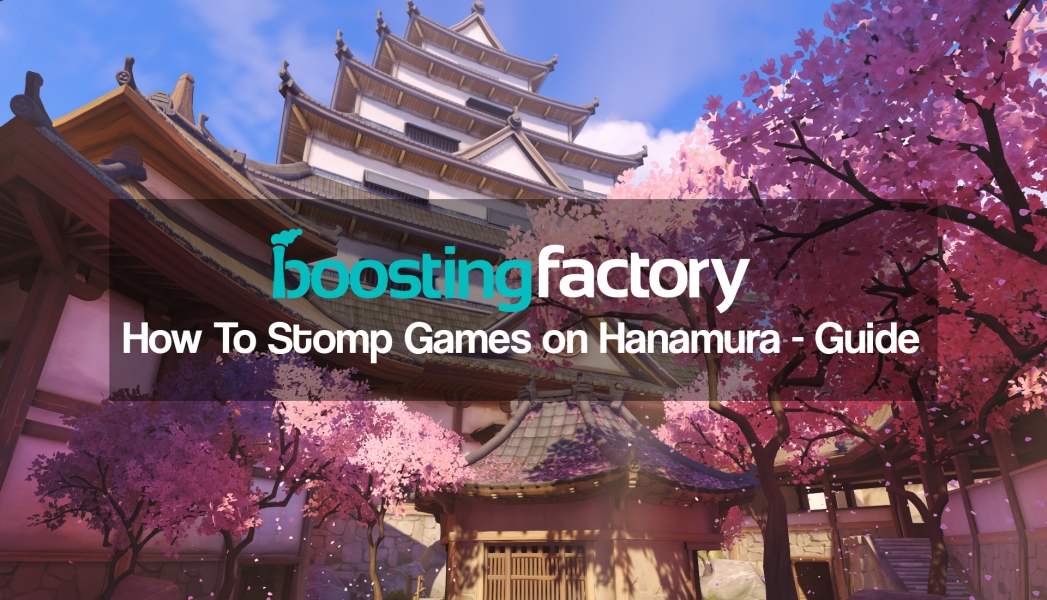 Hey folks! Today our Overwatch boosting team will talk about Hanamura, one of the beautiful maps. The gorgeous Hanamura represents a peculiar Japanese suburban village, as it is somehow traditional and modern at the same time. You can spot restaurants and arcades and just a few steps ahead of a classical Japanese temple and the cherry blossom trees we all know and love. However don’t be fooled: this beautiful and colorful city was the home of the clan named “Shimada”, involved in drugs, killings, murders and illegal traffics of every sort. While our heroes battle in this map the Shimada clan keeps being active and efficient, hidden in the picturesque streets of Hanamura. If you want to know how to dominate this map, stay with us!

The game starts at 5 minutes and capturing the Point A adds five minutes. This means that the game can last for a maximum of ten minutes.

Our tips and tricks are divided into attackers and defenders, including some heroes choice suggestions.

The first rule of this map is to always stay in a group when attacking since walking alone in a capture point can be deadly. Of course, Reaper and Tracer are free to do whatever they want. Remember that if you have more allies on the point you are capturing the process will speed up, so stay there for a few moments instead of trying to kill the respawned enemies! According to ourOverwatch boost team one of the best healers on this map is Mercy. Not only her heals are pretty useful, but in this map, she can hide safely in many spots and her ultimate can help your team capturing a point, bringing everybody back to life instantly. Another great pick here is Lucio - his movement speed boost is great as it allows you to get to the capture point before the defenders, helping you in the race. It can turn the tides of the battle allowing your backups to come quicker - don’t underestimate it! Pharah is another excellent choice. Hanamura is a pretty “open” map, so Pharah is able to fly all over the place firing rockets from above, wreaking havoc on the capture points while staying relatively points. Pharah is also great because of her ultimate, as long as you use it only in capture points. It’s good for clearing capture points and even better at zoning off enemies, since they will be scared of it and will try to avoid the zone. We also often see D.VA players performing pretty well on this map since her Self-Destruct is a great “last resort” move to capture a well-guarded point. Just launch yourself in a kamikaze fashion and blow yourself up in the middle of the enemies! D.VA can also use her Defensive Matrix to protect herself and her allies while rushing to a point, negating a lot of damage. As a final tip for D.VA, hold down left click when you are not doing anything else and enjoy your ammo! Another great choice here is McCree - according to our Overwatch boosting team he shines in maps with open space where he is free to fire from long range and Combat Roll out of troubles if things get too messy. His Deadeye ability is also terrifying whenever many enemies are stacked in a capture point trying to defend it, as you can deal a massive amount of damage to many targets flanking from the side. Be sure to bring some backup, for example, a tank-like Reinhardt so you are free to bring havoc safely. Elaborating on Reinhardt, he is a good choice since he allows you to protect your allies while reaching the capture point, attacking the defenders from a safe spot. He has also decent mobility with his Charge ability - he is able to rejoin his allies quickly. You can also use your Fire Strike to try and divide grouped up enemies and of course deal as much damage as possible with your hammer! Reaper is another great choice because of his mobility and assassination potential on isolated targets. Of course, I need to talk about my favorite hero, Tracer: just like Reaper she excels at assassinating lonely targets and getting back to safety in a “blink” of an eye (no pun intended), and her teleports are extremely useful in this map. She is probably one of the strongest heroes in the Overwatch beta, especially on this map. and we will tell you why. Tracer’s Blink allows her to jump the gap between the two capture points of this map, catching her enemies off guard. Of course, going on a suicide mission alone isn’t a great idea, but you can use this trick as soon as your team captures point A and your enemies have their guard down. Tracer also excels at countering Torbjorn and Bastion, since she can easily deal with their turrets. Just blink in range, use your Pulse Bomb and recall to safety. Poof, the turrets are gone and your team is free to come in. Don’t forget to communicate this strategy to your allies!

Don’t abandon your capture points! Always be sure to have someone on the current point, even if you have to stop fighting for that. It’s just a juicy occasion for your enemies to sneak there and get an advantage. As for heroes choice, the first that comes to mind is Bastion, the turret god himself. He can simply sit down on point B using his turret form and fire on everything that moves. Of course, he is weak to flanks (who said Tracer?) and long-range snipes, but he is still one of the best defenders. He gets even better when paired with a Mercy. Torbjorn is another good choice just like Bastion thanks to his turret. He has the added benefit of buffing his allies with armor pack increasing their survivability - according to our Overwatch boosting team when defending being durable is pretty important. Zenyatta is one of the best picks in this map because of her passive healing - you literally just need to abuse Orb of Harmony to win. You can also use Orb of Discord to follow escaping targets keeping track of them through walls and obstacles. On top of the utility, Zenyatta also brings decent damage to the table with basic attacks and decent zoning potential. The only downside is that aiming can be kinda difficult versus mobile enemies. Finally, Zenyatta’s ultimate, Transcendence, is a great tool to increase the durability of your allies when defending a capture point. Try to position in a way that allows you to cover as many allies as possible and try to body block the enemies bullets covering your teammates - after all, you are invincible! Another good healer here is Mercy since she can safely take cover in many spots on this map while supporting her allies and dealing damage to enemies. Just play safely and hide from the enemies, and be ready to use Guardian Angel to join your allies when needed, especially when defending the second point, since it has many different floors and you want to be as mobile as possible when fighting for it. Speaking of turrets, Symmetra is another good choice here because of Sentry Turrets. If you want to make your opponents rage quit, place six of these deadly tools across the point and watch your enemies take high damage and being slowed down while your allies chase them. Another great tool that made Symmetra a pretty strong hero in the Overwatch is her Teleport. We know that Hanamura is a pretty long map and you may need to walk for long distance - well, with Symmetra you can instantly skip those distances and be right where you are needed in a moment. If you like offensive heroes, you should go for Hanzo and Widowmaker - their sniping abilities are great at taking down enemies before they even come close enough to the capture point. Keep in mind that having more than one sniper is a viable strategy only in the first minutes, and later you should have only one, favoring a support or a turret based character. We talked a lot about turrets, but let’s not forget Junkrat and his mines and traps - they are great at catching enemies approaching a point and are especially lethal to enemy tanks, trapping the squishies in clutch points. On top of that Junkrat can take advantage of his grenades making them bounce across the map from a safe spot, effectively countering snipers. He can simply throw grenades and hide back, forcing the snipers to run around exposing themselves to enemy fire. But believe me, most of the time they will simply switch hero! As long as the tanks are concerned, the first choice is Reinhardt. His shield is super strong at covering turret based heroes, snipers and damage dealer in general - he can absorb a lot of punishment while his teammates defend the point, giving his team an edge in the battle. Reinhardt can also deal decent damage with Earth Shatter if the enemies are all stacked up, and divide them with Fire Strike. Finally let’s talk about my favorite hero for zoning enemies, Mei. The Ice Wall can prevent the enemies from entering the capture point, and is incredibly effective on Point B. You can buy time for the backups to come or simply force the attackers to choose another path. Mei is excellent both as an attacker and as a defendant since her ultimate, Blizzard, is a great tool to burst down enemies in the middle of a capture point. Thank you for reading our guide and feel free to let us know your thoughts! :)