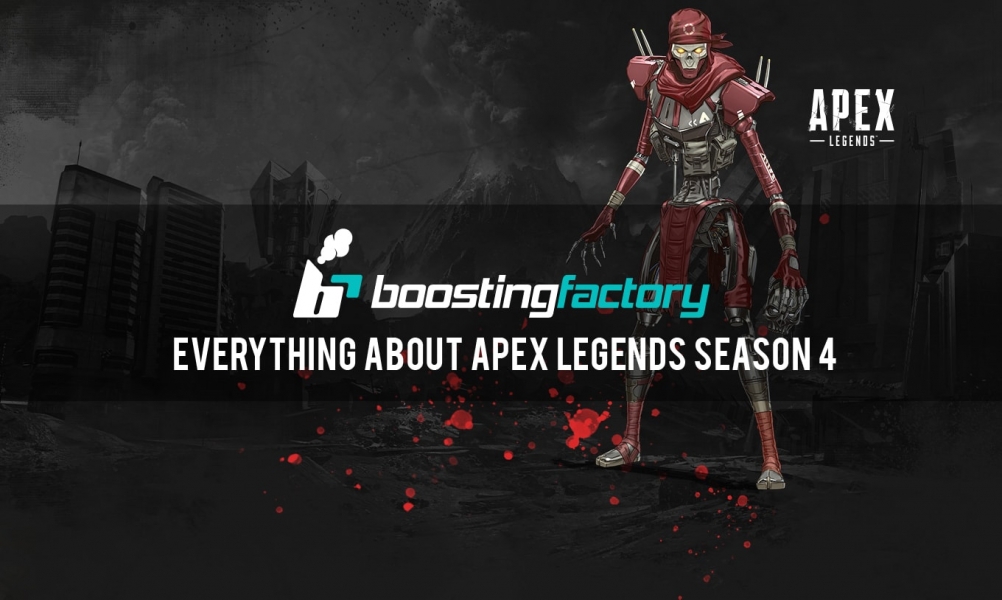 Hey! Today I will summarize Apex Legends' Season 4 for you, so you can have all the info regarding Season 4 in one place, including changes, rewards, start and end date.

When Does Apex Legends Season 4 Start

When Does Apex Legends Season 4 End

I will now talk about gameplay and ranked changes in Apex Legends for Season 4.

While this is the game's Season 4, ranked season is actually Season 3. Or as they call it, Series 3.

- The ranked season is now split into 2 parts, the first split is played in World's Edge from February 4th to March 23rd. The second split is played in Kings Canyon from March 24th to May 5th. After the first split, there will be a soft reset just like at the end of the full season which will bring down your division by 1.5 tiers as usual. For instance, from Gold II to Silver IV or Platinum IV to Silver II.

- Once you reach Platinum or higher, you can invite friends that are 1 tier different from you, meaning Platinum can play with Diamond or Gold only.

- Assist timer is now 7.5s up from 5s and using healing items won't interrupt it.

- World's Edge is getting a massive rework.

- L-Star is no longer legendary and uses energy ammo.

You will be rewarded with badges, gun charms and dive trails for the highest tier you earned that season.

We will continue providing the ultimate Apex Legends boost services for our customers in Season 4. Including the premium Apex Predator rank.

Get the rewards you desire easily, anonymously and completely safe with our professional Apex Legends boosting squad.