Valorant Neon - All We Know About Valorant’s New 19th Agent 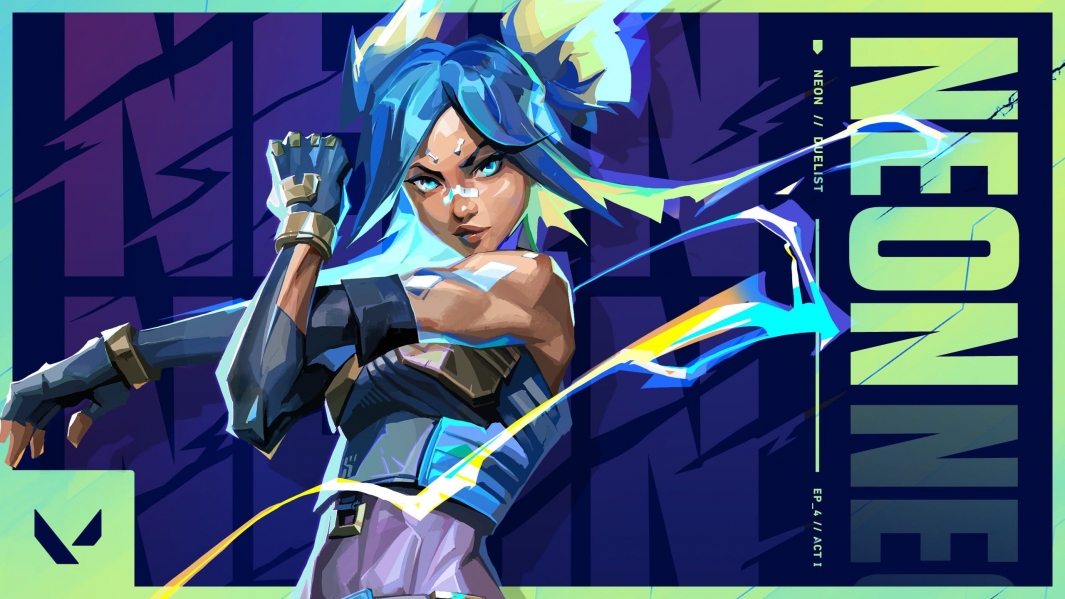 Valorant’s new agent is coming out next week and Riot has revealed her abilities that were visible in the trailer, but now fully. Her abilities rely on her speed enhancing abilities and mechanical skill with a supplement Jett-like ultimate.

When will Neon be released?

Neon will be released with Episode 4, Act 1 patch on January 12th.

Neon is a young girl from the Philippines. She is of a short stature and olive skin with matching blue hair. She sports an athletic look and sneakers with a dark-blue cropped vest that seems to have something to do with her electrical powers.

Her arms and face have illuminating patterns that light up with her Radianite abilities, as well as her eyes.

Her C ability allows her to fire two energy walls similar to Phoenix and Viper walls. However, Neon’s appear on left and right while she can keep running through between them, adding a whole new dimension to the wall mechanics. They block vision and damage people who pass through, of course. It costs 300 credits and can hold one charge.

Her Q ability allows her to throw an energy bolt that bounces once. Once it hits any obstacle or surface, it bounces and the next obstacle it hits, it electrifies the ground in an area, probably a molly mechanic similar to Phoenix and Brimstone. She can buy two charges for 200 credits each.

Her E ability allows her to gain increased movement speed, she can also press right-click to slide. It resets every two kills. This ability is free and recharges on 2 kills.

Neon’s ultimate ability that costs 7 charges, speeds her up for a short duration and allows her to fire a lightning beam with high movement accuracy, the duration of the ultimate resets on every kill.

That’s all folks. See you in Act 4 and don’t forget about our Valorant rank boosting services where I or my colleagues, all professional Valorant players, can help you reach any rank you want, carefree.