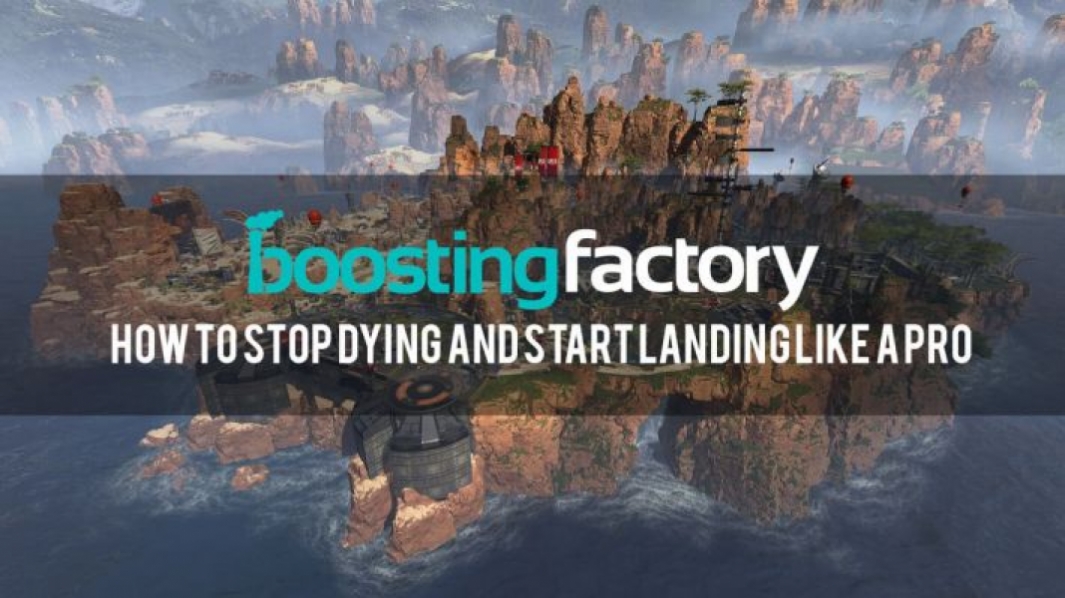 Hey everyone! Today we're going to talk about landing in Kings Canyon in Apex Legends.

How many times have you stared at this map at the start of the game trying to figure out where to land? Is being the Jumpmaster giving you a headache? What area will give me the best loot, put me in the best chance for the win, or give me the most kills?

I'm a professional Apex Predator player and a member of Apex Legends boost squad. Today I'm going to teach you how to land in Kings Canyon.

How to Fly and Land Efficiently

You know when you go for the Hot Zone, or any other zone and the other squads are always faster? The most important thing is that you need to keep an eye on your fall speed, make sure you are diving between 150 and 140 speed (the speed tracker is just right on the upper left of your legend).

Therefore, the process would be going nose down until you reach 150, and then nose up until you're down to 140, keep repeating this process until you land. It's quite simple and efficient.

For those of you who don’t know, the blue circle that appears on the Apex Legends' map is the Hot Zone.

The game has a possible full golden weapon there and slightly better loot than usual with guaranteed legendary loot. This sounds great on paper, however, a lot of squads usually go there and the brawls are painful and random. Even if you're highly skilled and coordinated you might just end up dead there. Therefore, landing in Hot Zone is not advised, there's too much RNG going on and you might end up with lost points in ranked just because you had bad luck, it's not worth it.

Where to drop in Kings Canyon?

Ideally for maximum efficiency and RP gain, you want to land at a place with zero to one team, far away from everyone but still with sufficient loot (Swamps, Water Treatment, Spotted Lake, Runoff). If there is a team with you, killing them will gain you a nice early advantage. At that point, you can play the mid-game more safely while finding a position for late game where you expect to pick up more kills and end with a high place.

However, for more aggressive players, landing in the zone next to the Hot Zone is a good strategy. Let's say Repulsor is a hot zone in an imaginary scenario. You can expect multiple squads to go there, however, your squad should go to either Hydro Dam or even the small zone under the Repulsor, loot up quickly and push the Hot Zone to third party teams that are in a brawl there.

In case you don't know what's third partying, in short, it's a term in Battle Royale games to describe a team swooping in to pick up the kills when two or more other teams are fighting. It is very helpful in getting easy kills and taking two full squads’ loot without much risk. Even if you arrive late to the party and don’t catch the squad still in battle, the chances are the opposing squad will be low on the necessities to take on another squad. This includes health, shields, ammo, guns, teammates, etc.

Our Apex Legends boosting team members will often do this because they're confident in beating most of the players in the match, however, if you're only ranking up and playing vs players of equal skill, I suggest you simply don't do Hot Zones unless... 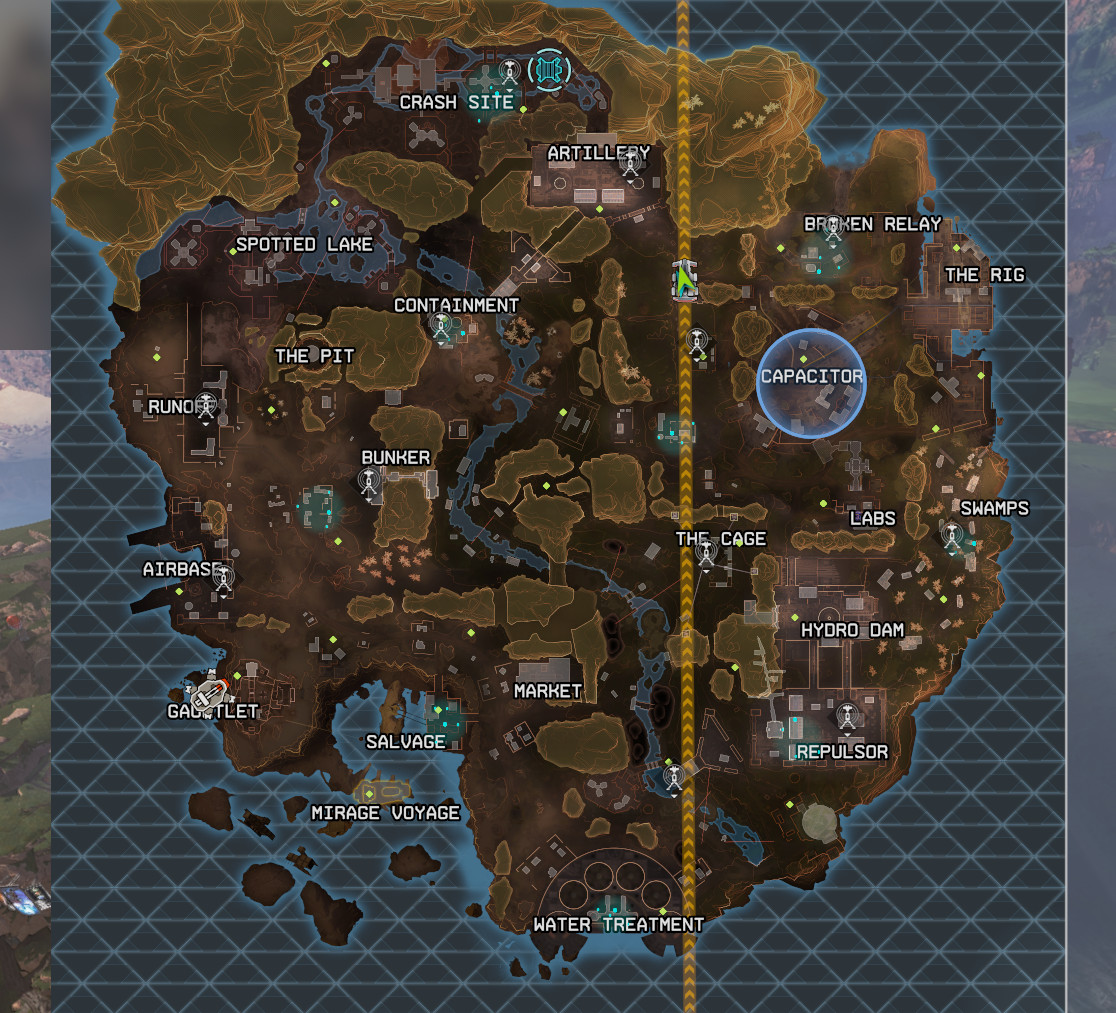 When to Drop at the Hot Zone

Sometimes, Hot Zones may even be relatively safe on their own.

For example, a Hot Zone that is far away from the Dropship path could be considered "free loot". Most players are impatient and won't be bothered to fly a long distance to a far distanced Hot Zone. Have the non-jumpmaster teammates free look to see how many squads are coming in your direction/what their positioning is. This can be helpful when dropping anywhere as your squadmates can call out the exact positioning of other enemy squads in the area.

If there are enemies in the area, try to land at high-grounds to gain an immediate advantage in gunfights. Have a backup plan if the area is indeed too hot, run away to surrounding villages/houses/areas to grab some more loot and get the hell away.

Landing on the ship is generally even a worse idea than a hot zone, extremely tight and crowded area where RNG is at the peak. Only for YOLO players and players who don't care about the RP. Not much to say here, if you do decide to go for it, try to land on the bottom deck, clear it out and jump out. Don't try to kill people unless you armored up well.

What after the Ship or Hot Zone?

So let’s say everything worked out well and your team has safely looted or killed the looters of the Ship/Hot Zone and now have all the loot of the area, what happens next?

If your team is geared up you should try to get out immediately. This is for a few reasons. The first is pretty simple, you may not have been the only team attempting to third party! There could very well be enemies behind you waiting to do the exact thing to you, as you did to the last team. Getting out of the area can help you avoid that scenario.

Knowing your surroundings is always very important in moving forward. You should now have an idea as to where the majority of enemies could be coming from at all times remembering where the initial drop ship path was, keeping an eye on the supply ships, care package spawns, etc. This will indicate enemies more often than not so approach these areas ready to fight, and if you are not ready, avoiding them would be smart.

It’s also worth noting that if you are not in the circle, it would be wise for you to get in the circle as quickly as possible. There will certainly be several teams running for the circle with seconds to spare. You never want to be caught with the storm right at your back (or inside the storm) with loads of squads surrounding you, death is almost imminent at that point.

To avoid this you want to get to the circle immediately and not enter an area that is a common connector. This includes small pathways or caves which can easily lead to your squad being cornered by other squads doing the exact same thing.

Most of these ideas seem like common sense, however, it is very easy to lose sight of the tendencies opponents would have while looking for that barrel stabilizer or your favorite scope. It is important to realize that while those attachments will certainly help out, there is nothing much that they will do if you’re being surrounded by squads as the ring closes.

These decisions made are very often the difference between winning or choking a very easily winnable game with a near kitted inventory. Those losses sting the most. Keep these tips in mind and you’ll get wins in no time.

If you're still struggling with bad teammates and RNG, check out our Apex Legends boosting service and get your desired RP, kills and badges immediately with complete safety and anonymity.

This page was generated in: 0.14 seconds.