Europe vs. Americas - Which Overwatch Region Is More Toxic?

Blog Europe vs. Americas - Which Overwatch Region Is More Toxic? 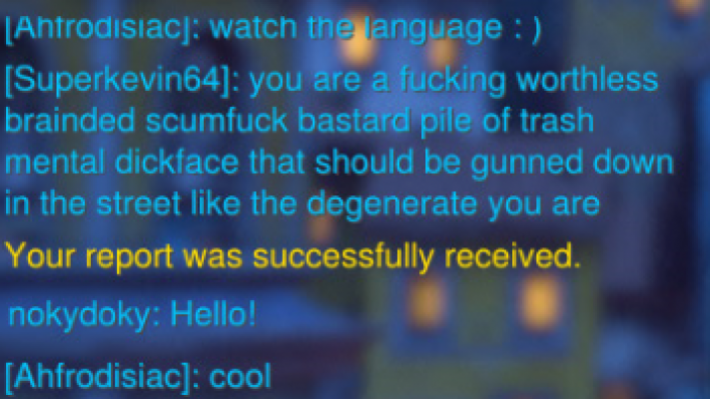 It's no secret that toxicity is a large and quite dark part of online gaming, especially when it comes to PvP games, regardless of them being MMO, MOBA or FPS. Unfortunately, Overwatch is no exception when it comes to players being toxic or negative, and despite Blizzard teaming up with other major companies to fight toxicity, it's just not something you can end altogether, or at least not as fast. While toxicity in Overwatch, or in any game for that matter, isn't something that depends on a specific region, a lot of players have tried to figure out which Overwatch region is the most toxic. As for the candidates, the "competition" is disputed between Europe and the Americas.

Which Overwatch region is the most toxic?

Well, if you want the shortest possible version, that'd be Americas. If you want to know the longer version, or why, then do read below. Toxicity is toxicity regardless of the communication form, although it goes without saying that with English being the international language, the more fluent in English a toxic player is, the better and faster they can "express" themselves. Of course, a lot of players from Europe are also fluent in English, but the chance to have a 5-stacker group roasting you the entire match is much smaller, although that also depends on the rank you're playing in. That being said, the higher the rank you're in, the more vocal the players are, which can be either a good or a bad thing. It can be a good thing when they use the voice chat for shot-calling or help with the strategy, and a bad thing when they use it to scream nonsense or to constantly blame others for what happens in a game. Ignorance is bliss, they say, although, in this situation, a more appropriate quote would be "what you don't know, can't hurt you". By that, I mean the toxicity in Europe can be ignored sometimes, thanks to the fact that a lot of people speak in their own language. This isn't a solution per se, but rather a "workaround".

Another form of toxicity can also be done in a non-verbal way. For example, if a group of 5 premade decides to mass-report you for whatever false reason, which can even situationally lead to an automated suspension on your account. If this happens to you, here's a guide on how to send an Overwatch unban appeal.

While it's almost impossible to pin-point toxicity to a specific region or bracket per se, historically it's been predominant on American servers. Once again, this doesn't mean that American players are meaner or more negative, but it's just easier for them to start blowing steam on voice or chat in a much more fluent and louder way. As far as brackets go, lower ranks tend to see more of the verbal toxicity. When it comes to the higher ones, toxicity or negativity here ranges from verbal, although less than in lower ranks, to picking "way off-meta" heroes or just simply leaving voice chat altogether and not contributing to the team's goal. That's understandable, as usually a top 500 team that has a player throwing the game is at a much more disadvantage compared to lower tiers, since the enemies are much more unforgiving here, and while a 5v6 can sometimes be achieved in lower ranks, it's almost impossible in a Grandmaster tier game. All in all, while toxicity can't be stopped altogether, there are means to end it yourself in that very match, by muting and reporting the player who's bothering you, and if that player gets acted upon, you'll get a "thank you for reporting" in-game pop-up from Blizzard, as confirmation! If the toxic players are just holding you back too much, check out our boosting services and our professionals will push you up in no time!