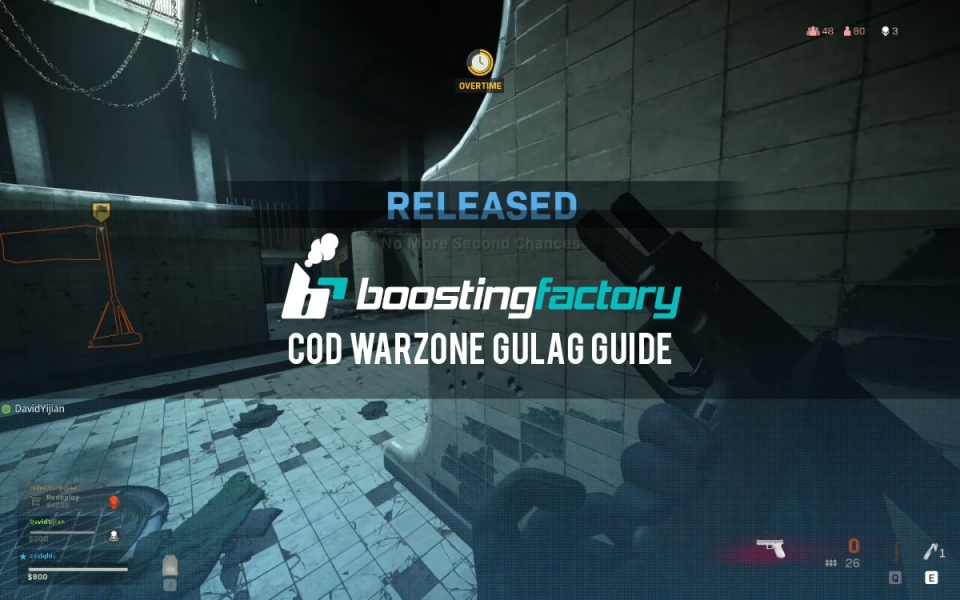 Hey everyone! Today I’m going to talk to you about Call of Duty Warzone’s Gulag. As you probably already know, if you die in game for the first time, up to a certain point in the game (before late game), you will be given a chance to fight for your life in Gulag.

Many players are struggling in these mini 1v1 Gunfights and today I’m going to teach you how to win Gulag every time.

I’m a professional Call of Duty Warzone booster and I win about 80% of Gulag’s with ease. Without further ado, let’s dig in to the Gulag guide.

I wanted this to be the first tip because this is the most important tip. Patience is everything in Gulag.

After a player dies, he’s probably pissed because he died due to RNG / bad luck (hehe). This results in impatience and rushing in Gulag and that’s where they fall. Be patient and let them come to you, I’ll cover that in the next tip.

Like I said, when a player dies in the game, he’s pissed, and that’s normal. But you need to control your anger, be patient and let the angry kid come to you.

By him coming to you, he doesn’t know at which side of the spawn you are and which angle are you lurking from, while you can hear him running and know where’s he coming from.

Throwing grenades on the possible path of his rush path is also a very good way of getting a cheese kill or at least stunning him for a sec where you can peek out and blow him out of the water.

In case he is also a patient player, try moving up but in a side of the Gulag so you have covered at least one side of your body. If you don’t find him in your path means he’s either still waiting or running next to the wall on the opposite side, if he is, you can chase him down and get him from the back.

If he’s STILL waiting in spawn, don’t come to him but rather wait for the flag and then wait for him to come because he must, and then surprise him with a headshot if possible.

Another approach to this method is immediately after the match starts, run ahead to the first center wall where the flag is, but on your side, and camp there. The pissed kid might be running from left or the right, hear his footsteps and surprise him since he will think you’re at spawn because you aren’t moving.

3. Know the weapon classes Most of the time you’re spawned with either a pistol or a shotgun. You need to learn all the possible classes and practice playing with them. Whether it’s a Desert Eagle or a shotgun.

You don’t want to spawn and get not know is this a one-hit pistol or a burst pistol, or is it a shotgun with a long delay between shots or a spammable shotgun.

4. Have your friend call them out

In case you and your friend ended up in the same Gulag, you will see him on the upper floor, and vice versa. Then it’s key that you or your friends, whoever it is in the ring right now, call out the enemy via voice chat or even throw rocks at them to distract them.

This might get fixed in the future, but in case it still isn’t and you’re reading this guide, make sure to utilize it!

5. Turn up your sound

As I said, many players will be pissed and thirsty and rush for you, that’s when you should be listening and find out exactly where they’re coming from, use your grenades and pick up that kill. 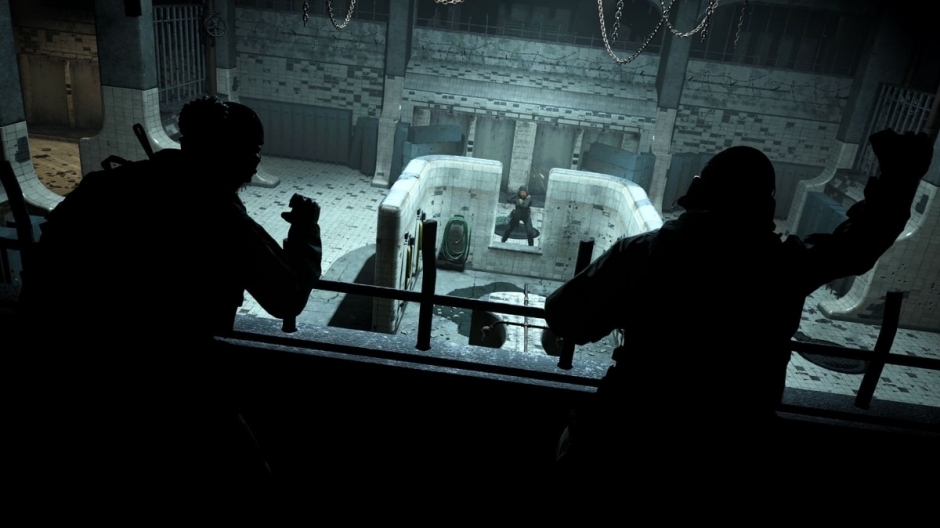 In Warzone, unlike Modern Warfare, headshots have a bigger damage multiplier. Meaning that most headshots are one-shot kill. Aim for the head, you won’t be good at it at first, but it will pay off in the long run.

7. Look at the spectators

Even if your friend isn’t with you in the Gulag, you can still make use of the spectators. They will often be throwing rocks at players inside and if you pay attention where are they throwing rocks, you might just find out where the enemy is.

8. Use your equipment wisely

Saving your grenade or Molotov for the denial of flag capture can be wise. Smokes are a great decoy, throw them somewhere as a decoy for your enemy while you’re doing the complete opposite.

Stuns and flashes are great if you can land them on your enemy, even if you throw it approximately where you think the enemy is, it will still flash your crosshair and you will know that you’ve hit them.

I suggest using grenades more often when you know their position in order to get the full effect and finish them off.

Hugging the corners is crucial, peeking around and getting that headshot is the key. You never want to be fully exposed, make sure you’re at least partially protected at all times.

If you’re still struggling with Gulag and Warzone wins. Our team of professionals can help you out!

We offer CoD Warzone Wins Boosting services for all players who need a little push to get some. You can allow our professional to play for you, or you can team up with our boosters and get the win yourself.

The services are completely safe, fast and anonymous. Over 1000+ positive reviews across all the games that we’re boosting. Don’t hesitate and contact us, my colleagues and I will be waiting. :)