Here’s How To Play Every Multiplayer Mode In CoD: Modern Warfare 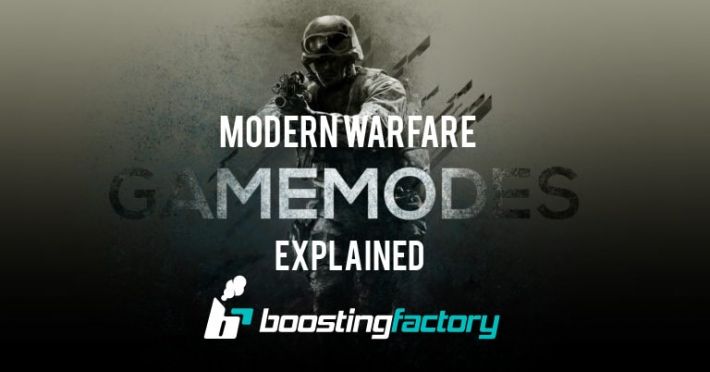 The new CoD Modern Warfare brought back some classic modes but also introduced us to some new ones such as Cyber Attack and Gunfight.

Today I’m going to explain to you how every Modern Warfare mode works. Let’s dig in.

This is a classic FPS shooter game mode. Very simple, there’s 6 of you vs 6 of them. The only objective is to kill as many players as possible.

There are literally no other special objectives such as capturing flags or headquarters. Just a brutal old brawl that tests each player’s speed and adaptability to a chaotic match.

Domination is a mode that’s a bit bigger and longer than the others. Once again, you’re vs an enemy team, however, the goal here is to capture three neutral objectives at once.

Total domination happens when a team captures all three points. However, you don’t need to capture all three to win, even capturing two will start earning your team more points every few seconds and per kill.

Therefore, your primary focus here is capturing and defending the objectives. As soon as the match starts there will be an objective to capture close to your position. In the middle of the map is one that has equal distance to you and the enemy team.

With the rise of the digital age and cyber warfare, it was time for Modern Warfare to get a cyber attack map.

In this mode, two teams of 6 players are fighting against each other in order to retrieve an EMP device that’s usually situated in the middle of the map, and deliver it to an enemy base where you detonate it to destroy their data center.

Similar to Search and Destroy, if you die, you’re out for the round unless a teammate revives you. You win a round by either detonating the EMP or killing all six of enemy players.

When an EMP is placed at your center, you have a couple of seconds to defuse it. Make sure to protect the player that carries the EMP device, or tell your team to protect you if you’re the one carrying it. In order to win, you must win 6 rounds before your enemy does.

This mode is also new, and it’s one of the smallest modes in the game. It’s actually a duo mode, meaning that you and your partner are against another duo team.

In order to win a round, you must kill them both before they kill you. At least one of you has to stay alive to win.

40 seconds after the game starts, a flag will spawn in the middle of the map. In order to win the round, you must capture and hold the flag for at least three seconds. Meaning that the rounds can get extremely short.

Another addition is that you don’t use loadouts in Gunfight, each round will give each player the same randomized weapon loadout.

Free for all is by far the simplest game mode in Modern Warfare. You’re alone with no team, everyone is alone and you’re trying to kill as many players as possible.

The first one to reach the score ceiling ends the game, however, the top three players are considered as winners.

Hardpoint is an older game mode featured in the recent CoD games. Two teams are fighting to capture one neutral objective called Hardpoint.

In order to capture it, all you have to do is stand on it for a bit in order to capture it. When you do it, you must hold it as long as possible to earn more points. The location changes every few minutes so you will need to relocate to the next point.

Kill Confirmed is a game mode similar to TDM. However, in order to get points in this one, you need to pick up the dog tags off your enemies’ bodies.

I hope you enjoyed my Call of Duty Modern Warfare game mode explanations!

If you need help with some of the game modes, unlocking stuff and so on. Visit our Modern Warfare boosting services pages and order the service you need. My colleagues and I will be glad to help you. :)

This page was generated in: 0.51 seconds.