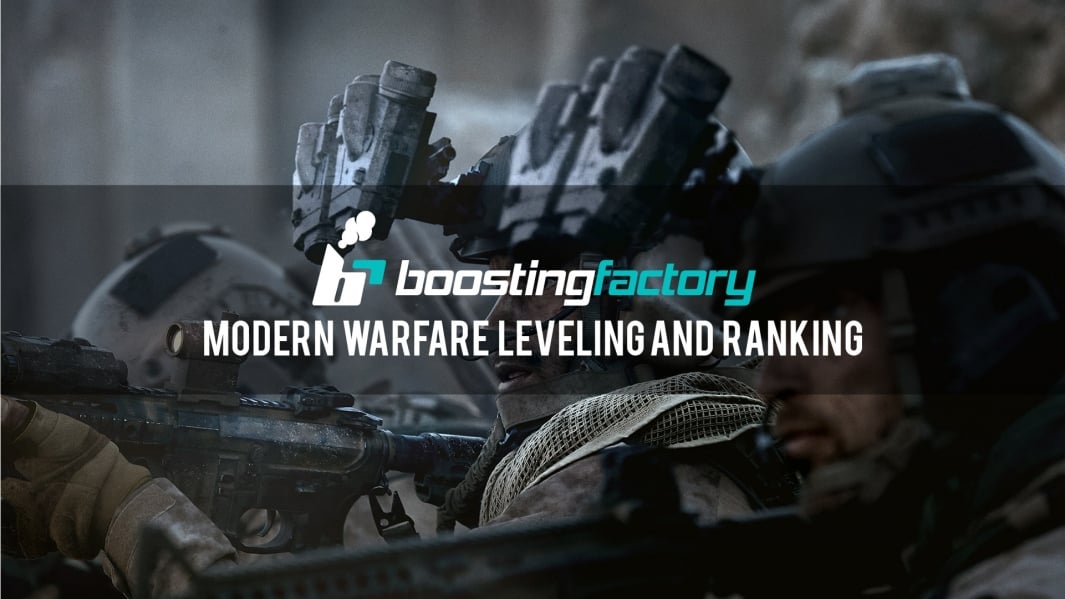 Hey everyone! Today I’m going to tell you everything you need to know about CoD’s Modern Warfare leveling and ranking system.

I’m a Modern Warfare booster here at Boosting Factory and my clients were getting confused with how the leveling system works, so I’m going to clear it all out for you in this post.

How does the leveling and ranking system work in Call Of Duty: Modern Warfare?

The new Modern Warfare 2019 actually works quite simple when you understand it. In multiplayer mode, you gain XP the more you play. You start as Enlisted level 1 and you can go as high as 55. While leveling, you will obtain new Killstreaks, loadout options, and more perks.

However, once you hit that sweet level 55, you unlock another 100 levels called Officer rank. This used to be called Prestige. You also unlock some new Officer cosmetics and challenges.

Each season will feature an Officer rank reset, back to level 55 so you can progress through another 100 levels. This is similar to Apex Legend’s or Fortnite’s Battlepass system, in case you play them.

If this grind is taking you a lot of time that you don’t have, or simply don’t want to do it, rest assured, we’ve got you. Here at Boosting Factory we can level up your Modern Warfare account fast & easy even with high KD feature.

As I said, when you first start playing multiplayer mode, you start at level 1 - Private, while the Enlisted rank cap is 55.

Progressing through levels will give you unlocks such as Killstreaks, Field Upgrades, and more loadouts. At some point, you will gain access to custom loadouts, new weapons, perks, skins, and equipment.

In order to level up, you need experience. You can get it by playing multiplayer games, missions and Spec Ops Operations. Here’s a clear list of what earns you experience that counts towards leveling your Modern Warfare account. 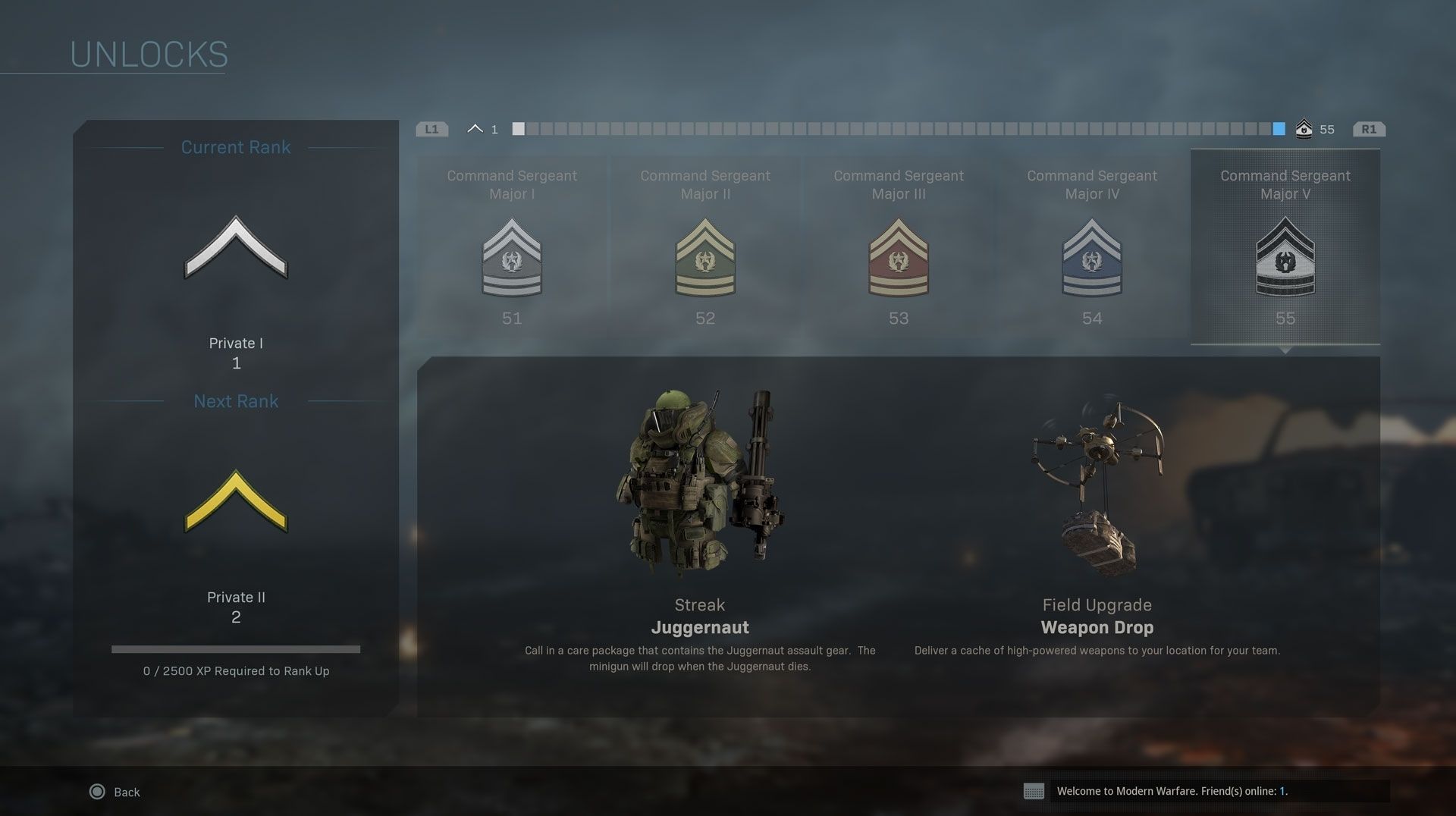 You may remember Prestige from other Call of Duty games. In previous iterations, after the rank would reset you would obtain an emblem and a few cosmetics, which wasn’t that good. Now they did it better, similar to Battlepasses from other games.

Levels 55 - 155 (total of 100) are Officer levels that you progress through during the Season. You will keep unlocking Officer challenges that are similar to Daily challenges, however, completing these will unlock both XP and a special Seasonal Ribbon.

You start by unlocking 10 Ribbons that will give you a Season Emblem, if you unlock 10 more ribbons your emblem will evolve. The maximum amount of ribbons is 100 and it will unlock the final animated Emblem which is the maximum for a season.


Here’s how it looks in a nutshell.

How does Weapon Leveling work in Modern Warfare? You can also level up your Call of Duty Modern Warfare weapons. Play multiplayer games with the weapon of your choice and start earning experience for it. Simple as that.

The maximum weapon level is currently 72, and each milestone will unlock your attachments such as Optics, Stocks, Muzzles, Camos and more. After you unlock a Camo, you can level it up by completing Camo challenges.

Just like leveling, we can do your Modern Warfare Weapon leveling and Camo unlocking if you don’t have the time or patience for it. Our professionals are here for you 24/7. Pick any level or Camo and we can do it!

Good luck on the battlefield! :)