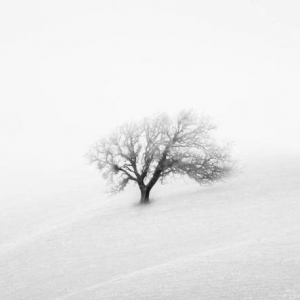 Hey, I am Deviancé and I am a high level support player that also plays tank to a high level. I have peaked rank 2 on the support leaderboards at 4608 SR and have been on a top 2 European contenders team for a short while.

I specialize in flex support with Baptiste, Zen, and Ana but I also reached 4500 sr with offtank being Zarya, sigma, and D.Va.

I speak English and am from the United Kingdom and have been playing FPS games since 2013 mainly CSGO in which I reached the global elite, the highest rank, and went to Overwatch in Season 5.

I will be able to do your orders at a quick speed and I also have effective communication on how your order is going.

good player that can carry any game

abheekq is really approachable and friendly and truly puts the effort in to get you where you want to be fast! Highly recommend!

Really friendly, helps with picks/tactics, learned something during the boosting, answered my questions, 5 stars from me.

great service as usual! abheekq was an awesome booster, super polite and apart from a great player obviously, had a way to persuade throwing teammates to try. would play again with him 100%

Amazing, very very helpful. Did my settings and everything; a truly nice person

Abheekq had the order done in no time and was incredibly friendly throughout the entire thing. kept me updated as well! +++++

Very Fast and Quality booster!! friendly and easy to talk to :)))

responsive, professional, and helpful. Game is too ez for abhe!

abheekq was very fast to climb 500 SR. Kept me informed about the progress along the way. Even got me 21 SR past my target SR. 10/10 would recommend.

Very good job on all the games :3

Abheekq is a great booster! Got me to my specified SR boost in just two games, quick and easy! Thank you! :)

Communication with the booster went on smoothly. Pretty fast as well! Would recommend for others.

abheekq super fast and friendly!! will recommend 100% for anyone who needs fast boosting!! :)

This dude goes very hard. All the best to him.

Thanks for the boosts! Was communicative through the boosts and was good at arranging times to play.

Great booster. Was patient and did my order over the course for a few days. Furthemore, as it was a top 500 boost, he was able to tell me when he was tilted and needed a break. Overall, helped greatly, was communicative and friendly.

Booster was efficient and won every game! I would totally recommend them again!

abheekq is an awesome guy. He carried so hard i didnt even have to do anything

Really awesome, kind and fast booster He does everything to win every game

Super quick timely manner, won 100% of the games. Will definitely be requesting again!

very polite and professional, completed order in a timely manner would recommend booster to anyone looking :)