Apex Legends Season 2 - Everything You Need To Know

Blog Apex Legends Season 2 - Everything You Need To Know 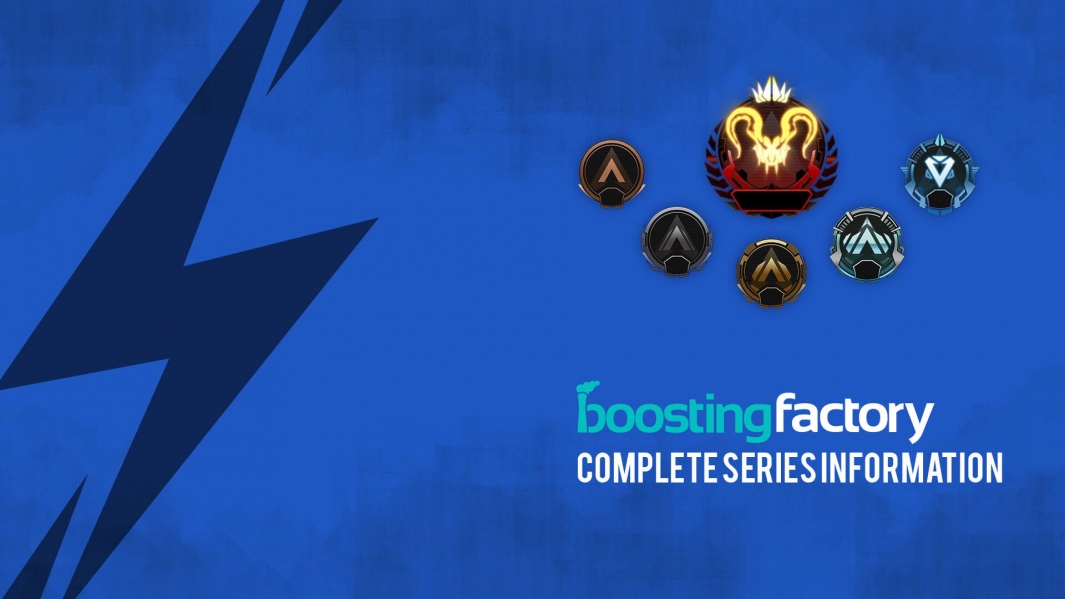 Respawn has introduced ranked mode into Apex Legends on July 2nd, together with brand new Season 2. Let's dig in!

When Does Apex Legends Season 2 End?

- Many other games like Overwatch or League of Legends call their ranked seasons, just seasons. However, in Apex Legends they're called Series. Coincidentally, first ranked series starts with Season 2, but that might not be the case in future.

- Each tier except Master and Apex Predator has 4 divisions (e.g. Bronze IV, III, II, I)

- The currency that is awarded after games and for entering games is RP (Ranked Points).

- Entering matches costs RP. Playing ranked when you're bronze is free, Silver 12 RP, Gold 24 RP, Platinum 36 RP, Diamond 48 RP, Apex Predator 60 RP. - For every kill or assist you get, you’ll get 10RP. This is capped at 5 kills or assists per match, but there is a multiplier. The higher you rank in the Top 10, the more you can earn per kill. For example, if rank seventh place at the end of the match, you’ll get 12RP per kill instead of 10RP.

- You can progress through divisions and tiers by gaining RP. You can drop a division (e.g. from Bronze II to Bronze III) by losing RP, however, you cannot drop between tiers (e.g. from Gold to Silver).

- There is no "average MMR" when playing with friends in Apex. MMR to find a match is taken explicitly from the highest player in the party.

- Penalties exist, and they are in the form of time. The first penalty is 5 minutes, and it can go up to a week. You will be penalized if you leave matches during legend select, leaving when alive or leaving when you're dead but can still be respawned.

- Loss forgiveness exists. When your teammates leave or your client drops you when it's not your fault, you will not lose any RP. However, if your score will result in a positive RP, there will be no forgiveness even if a player drops or game disconnects you.

Let's move on to rewards. 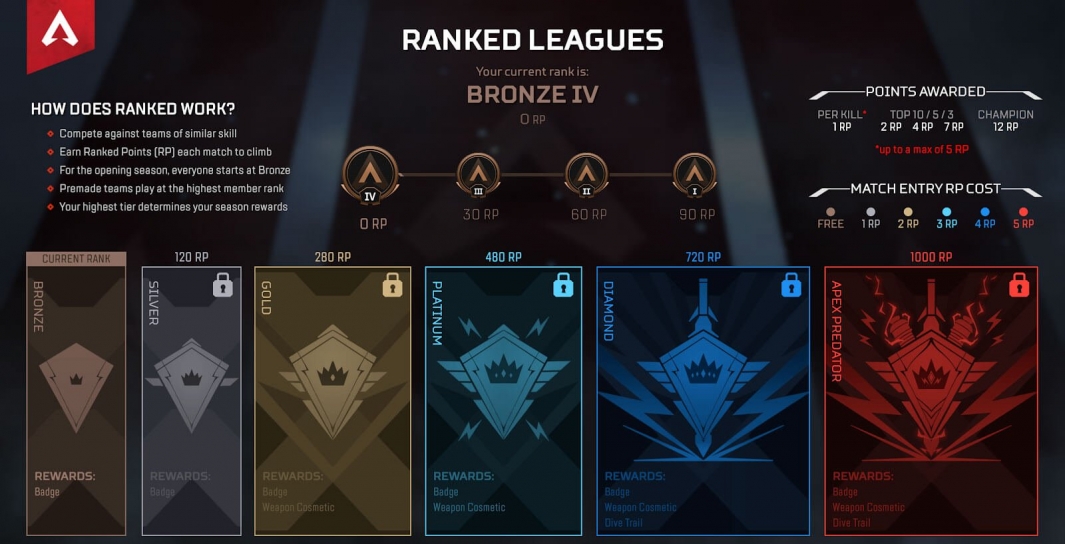 
Can You Help Me Reach My Desired RP?

Boosting Factory specializes in helping out players who are stuck or simply don't have time to grind their desired ranked points, achievements, and badges. This is our professional players hop in with the Apex Legends ranked boosting service.

Apex Legends ranked boosting is a service where we play on your account or you can queue up with our squad and reach that dream division of yours to obtain the awesome badge and dive trail. On PC, XBOX & PS4. Starting today, carefree.

This page was generated in: 0.55 seconds.