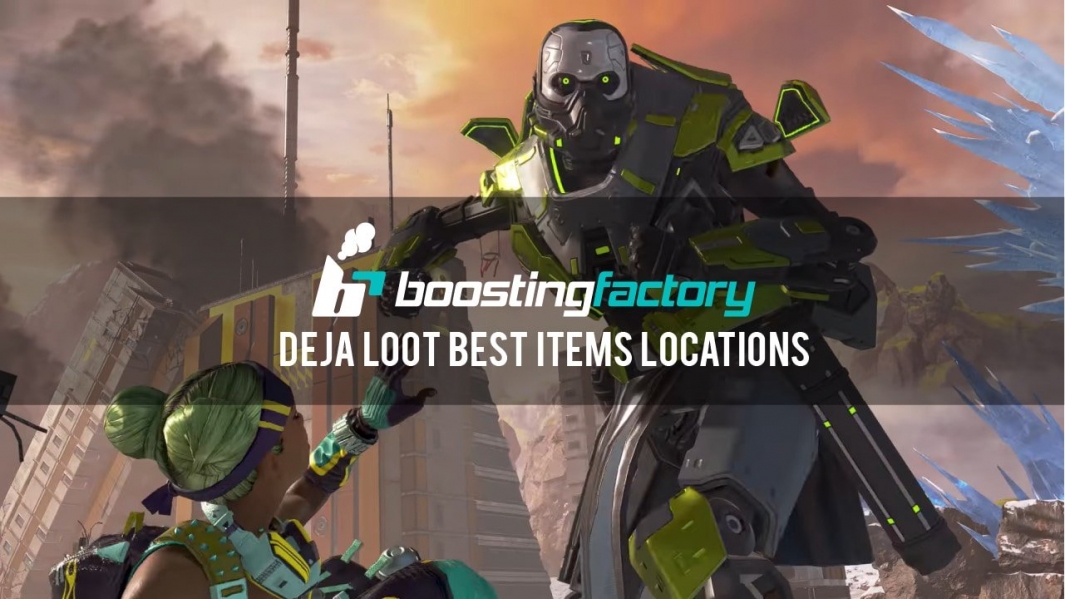 Hey everyone! I hope you're enjoying the Deja Loot event. :)

For those who are not familiar, Deja Loot started on March 3rd, 2020, and ends on March 17th, 2020. For the first week, we will play on World's Edge map and the second week on Kings Canyon. The event, just like the name implies, means that the loot will be exactly where it was every single game.

This event also added a new Evo Shield which starts as a weaker white shield (25 HP) and by doing damage you can get it as high as 125 HP which is stronger than the purple shield, however, you will not get faster healing like in Legendary shield so, in my opinion, it's inferior to the legendary but better than purple if you've managed to evolve it.

The circle and ship path change daily, however, the loot will remain the same for the whole duration of the event.

I have made a little cheat sheet map for you that you can use on your second monitor or phone while playing to know where to land for the best Apex Deja Loot items and landing locations. This is currently for World's Edge and as soon as Kings Canyon is live next week, I will create one for it as well.

The little dots represent the location of body armors, because that is the most optimal loot, weapons and attachments are obtainable easily and are not an as high priority as body armors.

As you can see in the image, the best landing locations are the small housing next to Mirage Voyage (2 purple armors), one in the Tree, and 2 in Overlook with a couple of Evo shields as well. These are the locations optimal for a "quiet" landing until everyone figures out where the loot is, however, you will have the advantage of already knowing where everything is.

This map may miss an armor or two, feel free to comment and let me know so I can update it! 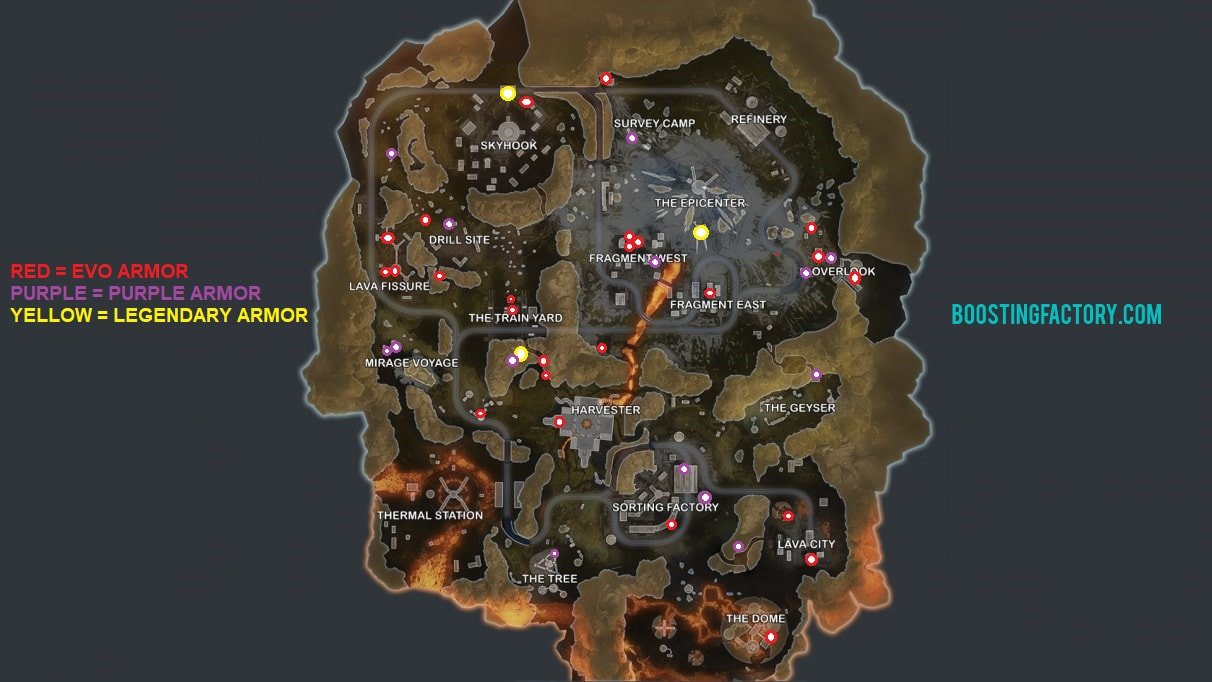 Just like with World's Edge, loot will remain the same for the whole duration of the event, while circle and ship path change daily. Here's the cheatsheet you can save for yourself to use while playing.

If we lack any locations, please comment it below so we can add them! :) 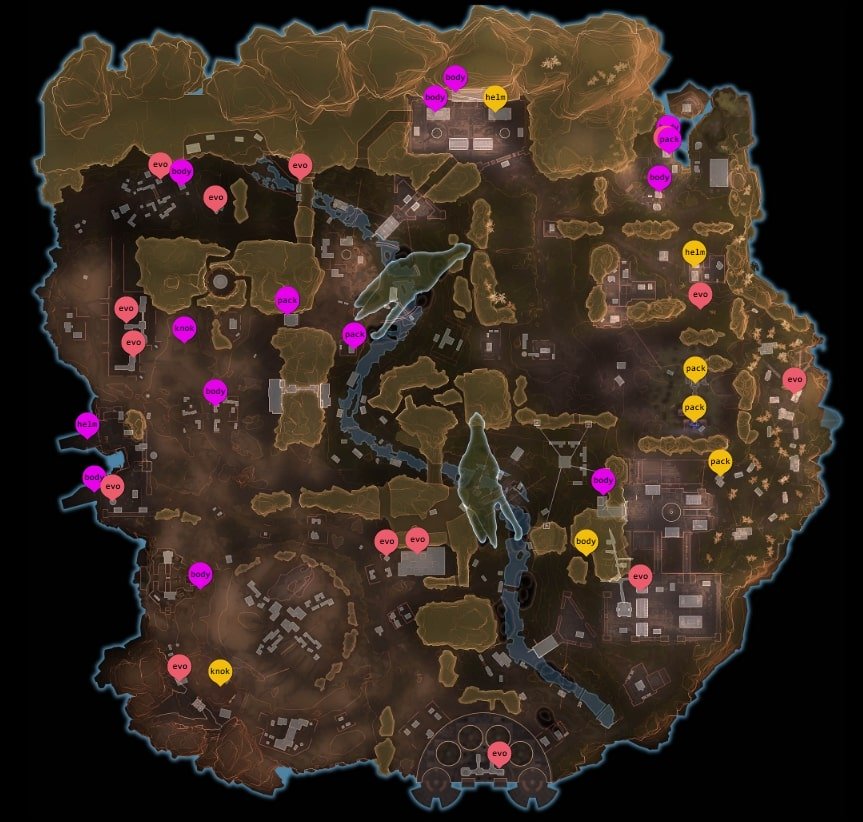 I hope you enjoyed my little cheat sheet for the Deja Loot event and come back next week with an updated version for Kings Canyon!

Also, make sure to check out our Apex Legends boosting services where my pro Apex Predator colleagues and I will help you reach your dream RP or unlock any badge you want today! Carefree and with full anonymity. We're looking forward to seeing you. :)