This Is The Fastest Way To Level Up In Overwatch (2021) 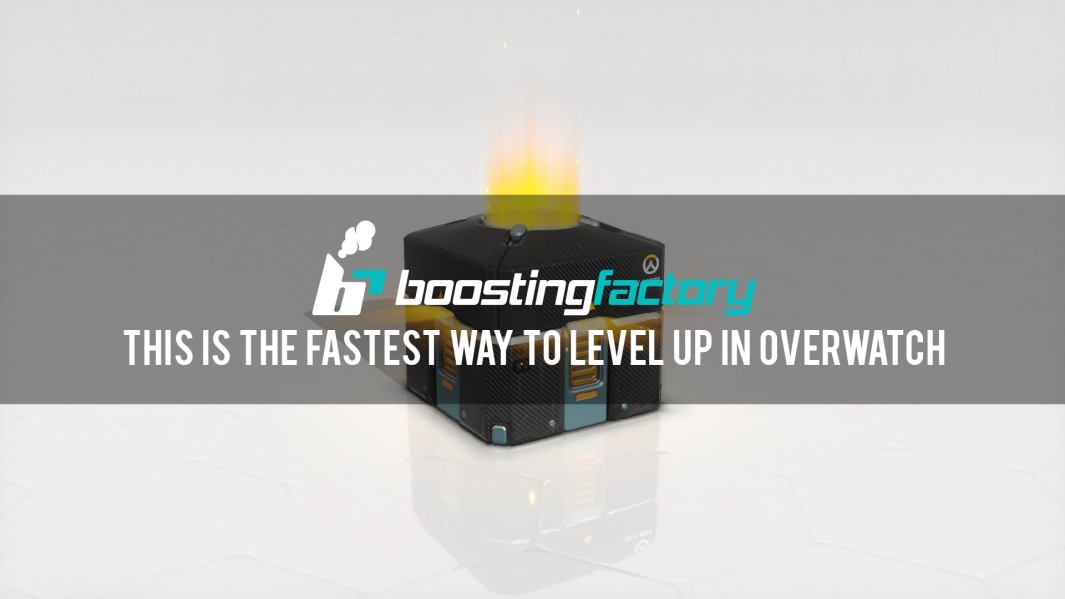 Whether you’re starting a new smurf account, coming back to the game with a new account or simply leveling up your main, it’s often a dreadful job and you want it done as fast as possible.

Let’s start with the first tip.

The fastest way to level up in Overwatch

You probably know this one by now. Whenever you group up with friends and play, you will get 20% more XP. This works for all game modes, such as custom, competitive, arcade, quick play. Which is a pretty significant gain when you do the math.

Not to mention it’s more fun, easier to win games (which also gives more XP, more on it below).

2. Endorse people at the end

Endorsing may seem a little edgy, especially if forcing yourself to do it. You may have just lost a game and the team was terrible, and now you’re supposed to endorse people for it?!

But yeah, it gives you XP, suck it up and endorse people. You get 50 XP per endorsement. Especially if you play quick arcade games, the 50 XP stacking up can really rack up to a nice number.

And, you make people feel better, what can go wrong?

3. Play Competitive (If you can)

The biggest XP gains are in competitive. It’s probably because it’s the most “serious” mode where you can boost your Skill Rating, or even lose it, compared to quick plays and arcades where it’s a more relaxed environment, therefore, fewer XP rewards.

Another possible reason is that the games are simply longer, which in the end, results in more XP gained. If competitive is too stressful for you, don’t do it, it’s not that big of deal. Switch to other games modes that I’ll explain below.

If you aren’t level 25 or just despise competitive, that’s fine. I suggest you play either Elimination in Arcade or Quick Play.
If elimination is available to play, make sure the game lasts at least 3:15 minutes, drag it out if needed for max XP. If you prefer Quick Play, sure, go for it it’s an ideal game mode to level up fast in Overwatch as well.

Quick plays have decently fast queue times, you can easily play consecutive matches (more XP) and are not as stressful as competitive games.

Getting medals in the game will give you XP. However, only the best medal will count. So as long as you get at least one Golden medal, you’re good to go!

A golden model will get you 150 XP, a Silver 100 XP, and a Bronze one 50 XP. Aim for the golden one whenever you can. A good way is playing a healer because it’s easy to get a Golden medal there.

If you don’t like healing, you can do it on other heroes, leveling up your Overwatch account while brushing up your skills, win-win.

Actually finishing a game means you get 150 XP. That isn’t a whole lot, but another consequence is more dangerous. Leaving games a lot will incur you a -75% XP penalty. That’s a serious punishment and you don’t want to pick it up!

Some players do leave matches or just plain disconnect, if you hop up in their game and help out, you will also get 400 XP backfill bonus.

By finishing a game, and then staying in the queue automatically for a new one, you will get a 300 XP bonus for playing a consecutive match.

If the game can’t find enough players for a consecutive match and you are forced back to the main menu, you will still get it as long as you don’t cancel the automatic game matching.

8. Drag out the match

The longer the game lasts, the more XP you get. If possible, while still trying to win, try to drag out the match by not doing what’s required of you completely, if it will mean you won’t win, I suggest you don’t do it. Only do it when you’re positive that this is an easy win.

For your reference, around 211.5 XP is gained per minute in a match.

Each win will give you 500 XP bonus, while the first win of the day will get you 1500 XP. Therefore, do not ignore actually working with your team to win the game by for instance, getting the medals or dragging out the match.

Winning is the highest priority, getting a gold medal is second, and dragging out the game is third.

10. Have someone else level up for you

Boosting Factory is a service that hires only Top 250 players to do Overwatch boosting. This means we can boost your Skill Rating, win Placement Games, get Top 500 and so on.

On top of this, our professionals can help you level up your Overwatch account fast. No bots are used, only pure skill, while you and your order are completely safe and anonymous.

This is probably the best solution for players who do not have the time to level up their Overwatch account or simply don’t enjoy it.

XP required per level in Overwatch

As far as I know, there is no max level in Overwatch. Fun fact, I've seen players with over 8000 levels. Insane!

Good luck with your Overwatch account leveling and don’t forget to have fun! :)

This page was generated in: 0.86 seconds.