Who Is The Next Hero After Mei?

Days
Hours
Minutes
Seconds
Blog Who Is The Next Hero After Mei?

Hello lads. Mei is still big news but Heroes of the Storm boost team does not sleep! We already did some research and we're curious just like you, who is the new HotS hero after Mei and will he or she rate high on our Heroes of the Storm tier list? We will, of course, update the post regularly as soon as we hear more. For now, check out our Heroes of the Storm Account Shop and grab yourself a brand new unranked smurf or a ranked account with secured End Season rewards.

Mannoroth is a pit lord from the Warcraft franchise. His vile cunning and brutality got him a favorite status in the eyes of his masters Kil'jaeden and Archimonde, the leaders of the Burning Legion. He is also known as "the Flayer" and "the Destructor". 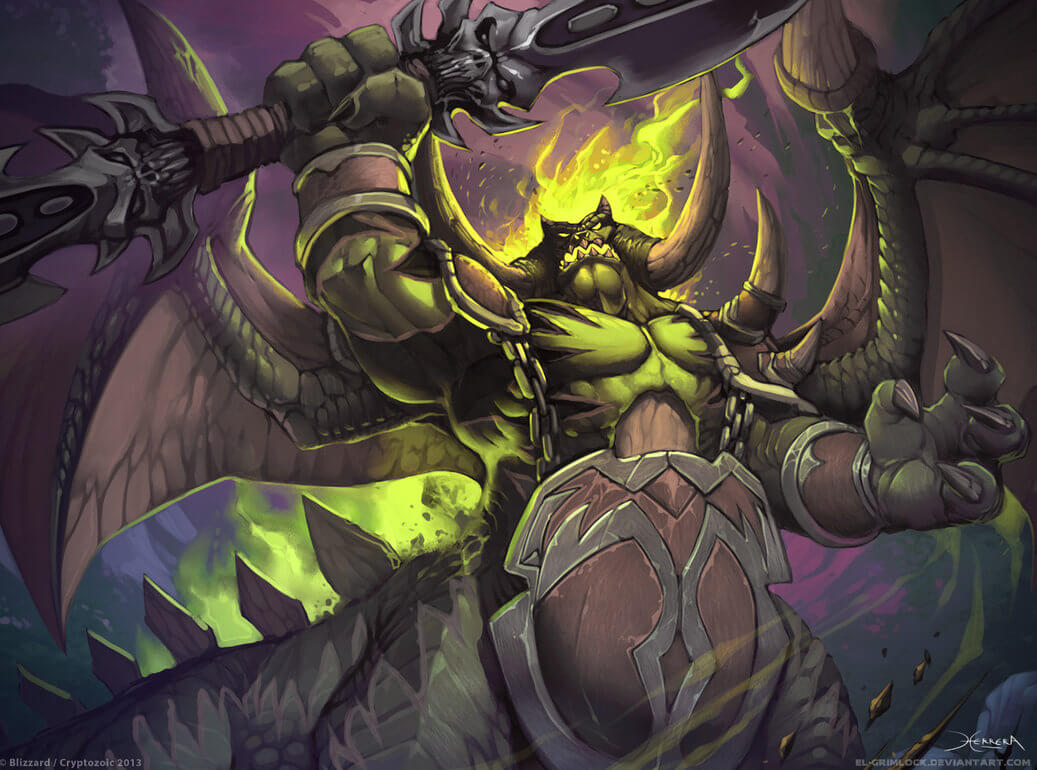 Reinhardt is a main tank hero from the Overwatch franchise. He lives by the knightly codes and honor means everything to him. His main ability is a frontal shield similar to D.Va's, his secondary ability is a long-range skill shot and ultimate is Earth Shatter that knocks and stuns enemies in front of him. 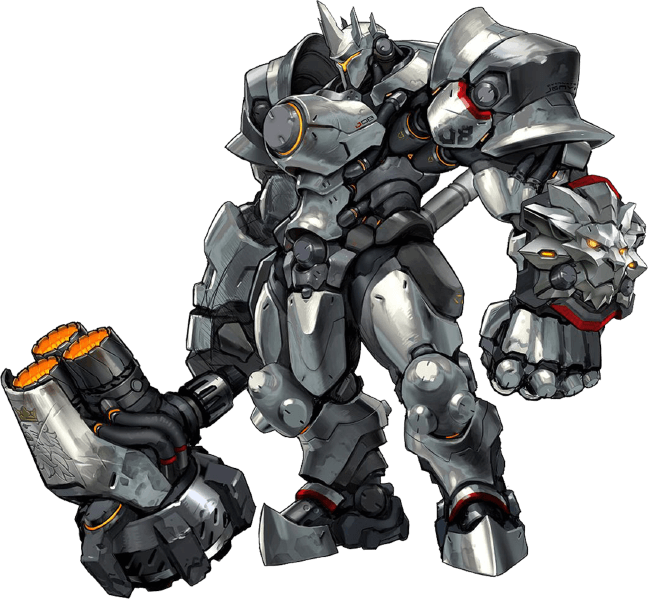 Varimathras is a dreadlord in the service of the Burning Legion. He was forced into allying with the Forsaken, under the direct control of Sylvanas Windrunner, in exchange for sparing his life after he and his brothers were overcome by her undead forces. Though he swore allegiance to Sylvanas, Varimathras remained loyal to the Legion and eventually staged a coup for control of the Undercity. 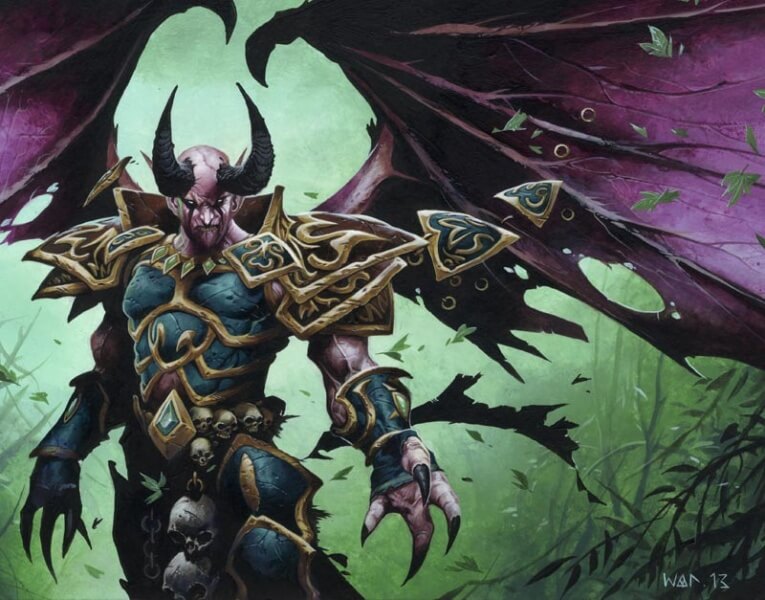 A character from the Diablo franchise. Tor'Baalos, the Lord of Destruction, more commonly referred to as Baal, is one of the three Prime Evils. Baal was the most brash and reckless of the Prime Evils. After the Dark Exile, he was contained in the Horadrim Tal Rasha and entombed. Centuries later, Diablo freed Baal, who then corrupted the Worldstone to devastating effect for the barbarians who lived near Mount Arreat. The heroes killed Baal shortly afterward. 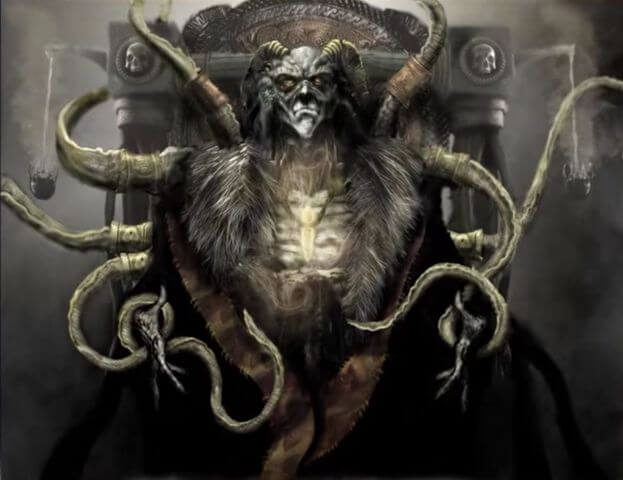 A character from the Overwatch franchise. As a young man, McCree had already made a name for himself as a member of the notorious Deadlock Gang, which trafficked in illicit weapons and military hardware throughout the American Southwest, when he and his associates were busted in an Overwatch sting operation. With his expert marksmanship and resourcefulness, he was visited by Gabriel Reyes, the head of Overwatch's Blackwatch covert ops division. Reyes gave him the choice between rotting in a maximum security lockup or joining Blackwatch. McCree chose the latter. 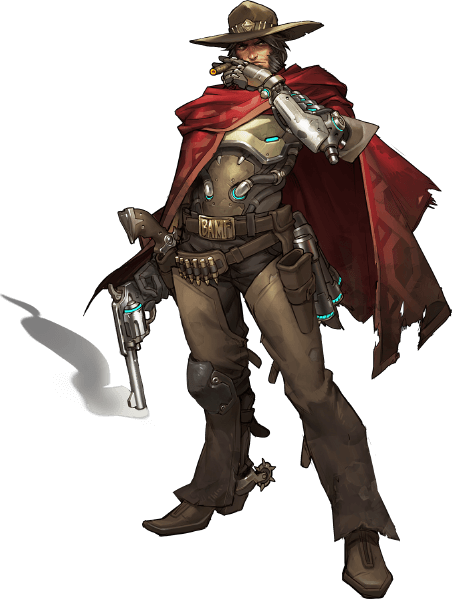 Lady Vashj (pronounced /vɒʒ/ — somewhere between Vash and Vosh) was born in the city of Vashj'ir, where her mother, Lestharia Vashj, was the high leader and matron. She somehow left her homeland, and came to the city of Zin-Azshari, capital of the night elves, sometime before the War of the Ancients. Once chief among Queen Azshara's handmaidens, Vashj became one of the serpentine naga when Azshara and her followers were sent to the bottom of the sea during the Great Sundering. 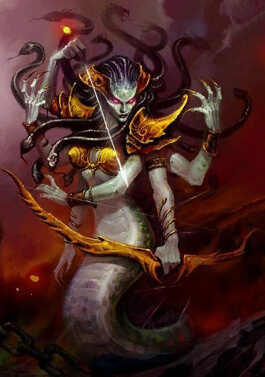 A character from the Warcraft franchise, High Chieftain Baine Bloodhoof is the son of the late Tauren leader, Cairne Bloodhoof whom he looked up to as a role model. While Baine has formidable skills on the battlefield, his true talents lie in the arena of diplomacy. He is a strong force for moderation, calm wisdom, and unity within the Horde, especially in their dealings with the Alliance. 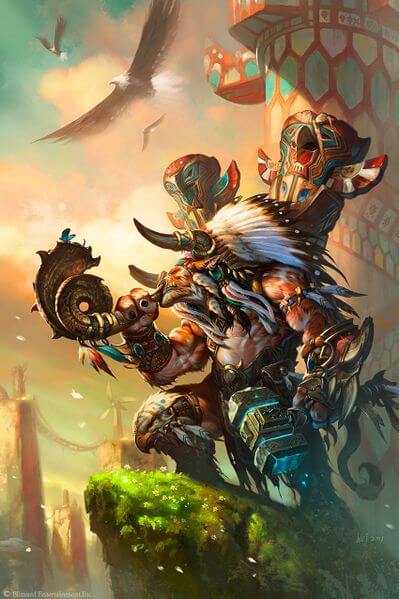 A super-intelligent, genetically engineered gorilla from the Overwatch franchise, Winston is a brilliant scientist and a champion for humanity's potential. Since a young age, he has shown limitless curiosity for the world around him but also has a fondness for stories, especially those passed down from generation to generation. By his own admission, he tends to overthink things, is a perfectionist, and tends to ramble. 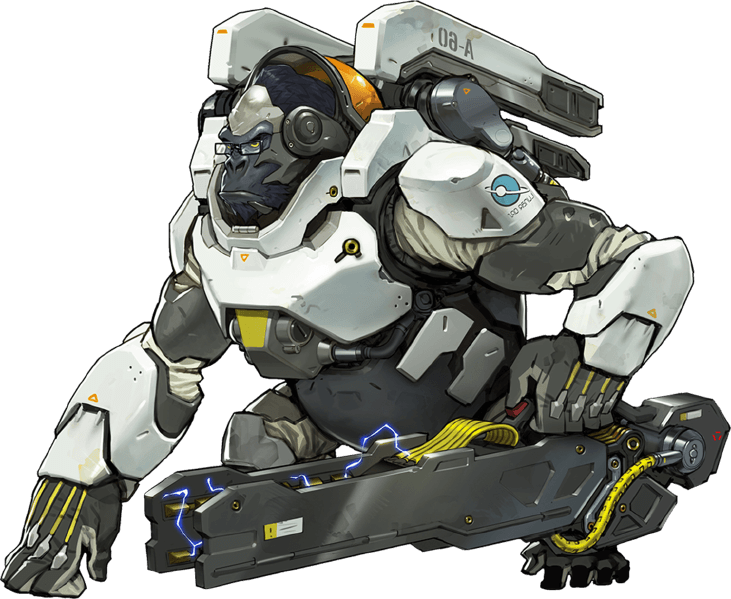 Belial, Lord of Lies, is the most elusive of the seven Evils and is a master of deceit. It is said that he manipulated Azmodan into revolt against the Prime Evils. This began the Burning Hells' civil war, which ended with the Dark Exile of the Prime Evils to our mortal realm.

Rumored to be a Diablo specialist with some kind of stealth mechanic. 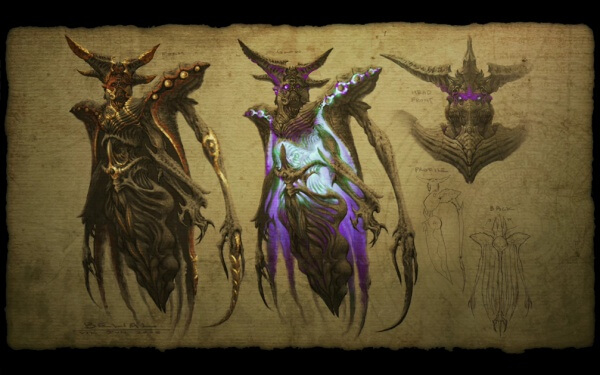 Prince Aidan of Khanduras from the Diablo franchise, later known as the Dark Wanderer, was the eldest son of King Leoric of Khanduras. Once a warrior, he later became a vessel for the Prime Evil Diablo. 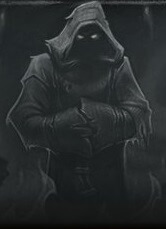 Arcturus Mengsk was a Terran from Korhal. He led the Sons of Korhal and orchestrated the downfall of the Terran Confederacy during the Great War. Mengsk ruled the Terran Dominion, the Confederacy’s successor, as Emperor Arcturus Mengsk I. Mengsk also has voiceovers in the data files. Raynor says “I have been long waiting for this” after killing Mengsk. Kerrigan says: “I never get tired of killing him” and a couple of more.

Gelbin Mekkatorque is the current High Tinker of Gnomeregan, and is also styled “King of Gnomes”. Gelbin has been at the helm of the gnome race during some of its most difficult and trying times. Since his title is an elected one, the fact that he has held his position throughout such hardship is a testament to the love his people have for him.

A brilliant inventor, Gelbin Mekkatorque rose quickly to prominence among the meritocratic gnomes with his innovative designs and creative problem-solving skills. He built the very first functioning mechanostrider, assisted in the development of the dwarven siege engine, and was instrumental in the creation of the Deeprun Tram running from Ironforge to Stormwind City.

This fella has been around as a potential hero since 2013. Here he is screenshotted from a Blizzards video we’ll post below. 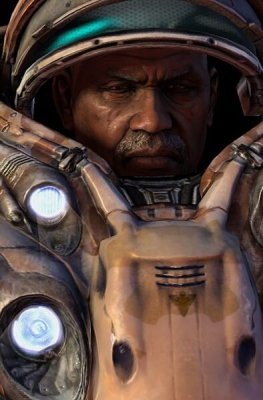 Horace Warfield is a hero from the Starcraft franchise. He was a confirmed hero in Blizzard DOTA, but he hasn't been added to Heroes of the Storm yet. In the current version of the game, he has been replaced by Sergeant Hammer.