HotS - 9 Tips To Help You Win All Placement Matches

Blog HotS - 9 Tips To Help You Win All Placement Matches 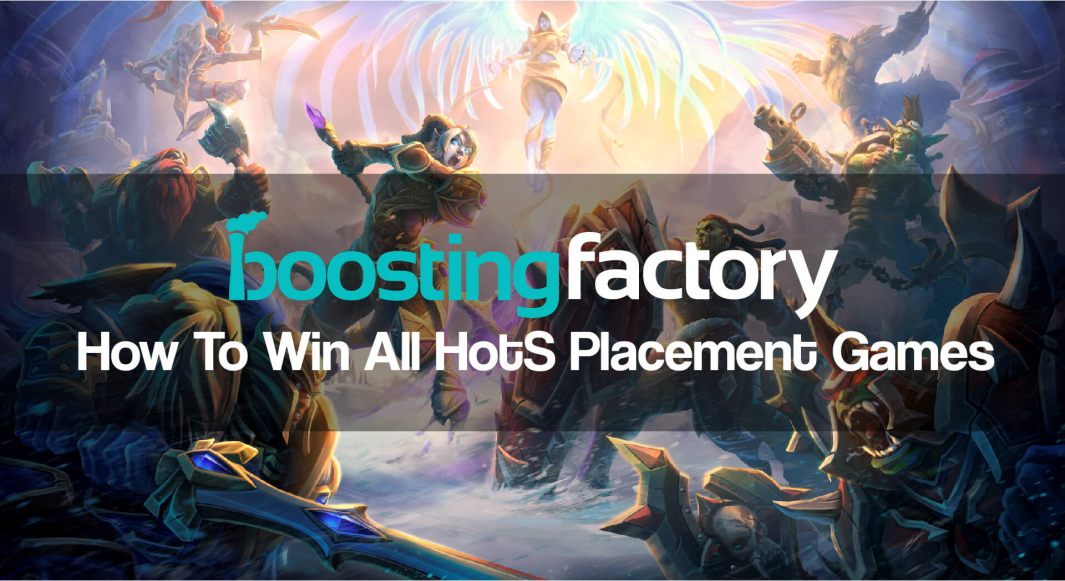 Hey lads! Our HotS boosting squad is preparing to dominate the Placement Games in the upcoming season and they're ready to share some of their wisdom with you on how to win most of your HotS placement games every season, on the house! :) Lets dig in!

There are also many hero specific guides/tips articles such as Alarak Guide and Braxis Holdout Guide, and countless more...

2. Draft Only The Current Meta Heroes

Do not go into HotS placement matches drafting Gazlowes and Abathurs, you unnecessarily tilt your team and play a hero that's likely useful only in really skilled hands. Stick to the meta and the current HotS Tier List.

During late nights, you are likely tired, and so is your team. We don't want to know who is more tired, it sucks. Also, not many people play at that time meaning the matchmaker will struggle more to form a decently balanced match, meaning your team will be stronger, or their will. Do you really want to gamble?

And the weekend part. A lot of casual players and children play during the weekends, they also want their HotS placements done but they aren't as nearly as hardcore as you, eh? Meaning they might not take ranked as serious as you do and will likely ruin your score.

Check out this video made by a League of Legends player, but same principles apply for HotS. https://www.youtube.com/watch?v=XJgNg9_amKc

4. Be Nice, Supportive And Lead The Draft

Many people will be tilted and start playing random heroes like the world is over even tho they can still fix their placement score. Be supportive, if someone picks Murky or something weird, approach them nicely. Hey buddy, mind-changing that Murky? I think we have more chances to win with a more standard pick. Thanks!

This advice may be contrary to the one where we say that you should draft only high tier heroes, but if your comfort picks, e.g. the picks that you played hundreds of games with are not high on the tier list. It doesn't matter! Pick that, try to state in the draft that it's your main hero and that it might even help you guys win as the enemies don't meet that pick often since it isn't drafted a lot. Win-win.

6. Play in a 3 or 5 Stack For Storm League Placement Games

Find 2 partners or even 4 and form a whole team. Check our older piece, How Will Duo Queue Help You Carry. Preferably over voice chat and not too wide gap in MMR so the matchmaker provides you with decently assembled teams to assure your Hots placements go well.

Another no-brainer, bad day? Don't do your placements today. If you really want to play that today, okay. Have a nap, have some coffee (don't drink coffee for the first time, only if you're a coffee drinker :) take a walk, clear your head and do at least one warm-up Unranked Draft.

After each loss, take a break, maybe have a meal, listen to some music and get back clearheaded 10-30 mins later.

And the last one. This game isn't built like League of Legends, where a leading team has much higher chances of actually remaining in lead and winning it. Heroes of the Storm is built in a way where one late-game team fight can result in a turned game even tho you were losing 2 or 3 levels. One or two comeback fights are usually enough to turn the game around like they were never in lead.

Remember that in HotS, a team that has the best player doesn't guarantee a win, but the team with the worst player guarantees a loss. Meaning, even if you're behind, if they have a terrible player that gets caught out too often, you will win, 4v5 is way too hard in HotS.

9. Hire Our Pros To Do Placement Games For or With You

We can play for you, or you can opt-in for playing with our boosters in a team. Prices are quite affordable considering how big of an impact having a good win rate in Placement Games has. You can find the HotS placement games boosting service in Our Services.

This page was generated in: 0.26 seconds.