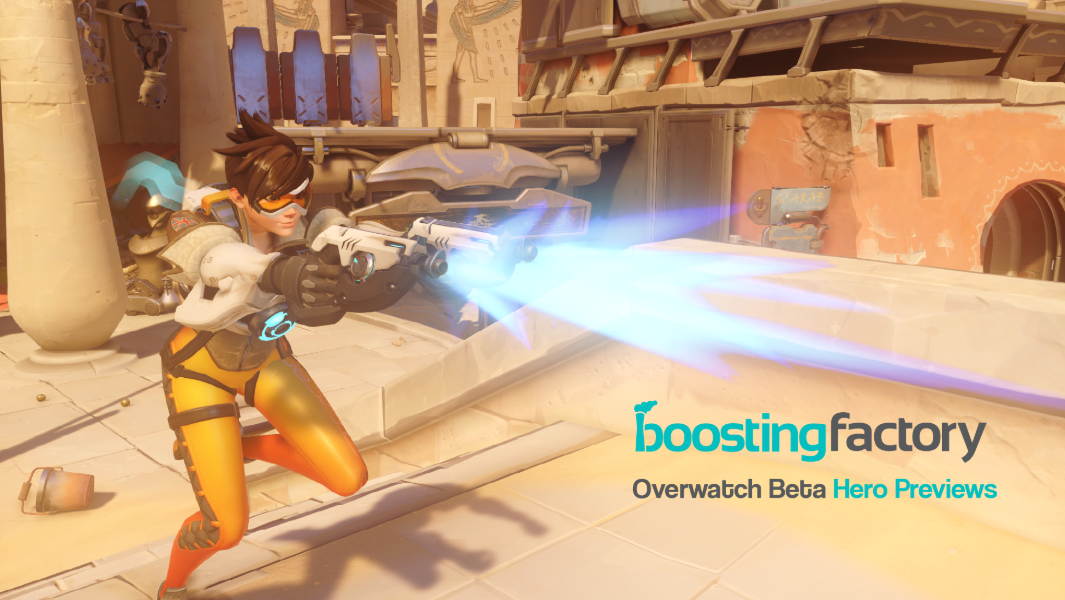 We already announced our Overwatch boost team: as soon as the beta starts, be sure to use our service to reach the rank you deserve in this brand new Blizzard game. Be aware that Blizzard will not be using keys, because of many scams and key selling the past: so there is no way to get an Overwatch beta key, except getting a beta invite from Blizzard itself. To be ready for Overwatch release date, we are releasing a few short articles about the hero previews: we gathered information from videos and posts around the web to show you the gameplay and the character you will be playing as in Overwatch. Be sure to check our sites in the following days for the next previews and for the best Overwatch tier lists as soon as the game is released.

The first hero we want to introduce is Lucio: let’s be honest, he looks really cool! He was showcased in a very short video on a new map, Numbani (in South Africa), and it really offers a few unique features. As we already told you in a previous post, sound plays a big role in the Overwatch gameplay, but especially for this hero, who is a crazy dancer. Lucio can switch between two songs: he has a “healing” and a “damaging” song. The first is represented in yellow, the damaging song in green. Moreover even his ultimate changes the song, but it’s hard to understand its real impact because the video was too short and chaotic. However, we assure you that it’s a really innovative feature. We aren’t sure about how the enemies will hear the song, and mainly we don’t know if they can give Lucio’s position away or not. If that is the case, they will be surely used to play mind games on your opponent and to create more outplaying opportunities. If you wonder how well Lucio will perform, be sure to check our incoming Overwatch tier list!

Our Overwatch boost team was really fascinated by this new hero, Mercy. She is a traditional support with a “twist”: she specializes in healing through her beam weapon (additionally it also seems to buff her allies, but the preview was really short and we can’t be totally sure), but she has a secondary weapon that focuses on the damage. The perfect Mercy player will need to find the perfect balance between healing and dealing damage. We can compare her to the Medic in Team Fortress, but her playstyle may be slightly different because it is more damage oriented; however, it’s hard not to think of the Medic when we see her healing weapon. What really impressed us is her model: she has a pretty cool cybernetic angel theme, something unique in the game that it’s easy to notice. Her glowing wings are the perfect final touch to an already interesting hero. I don’t know why, but after seeing her preview I had an urge to play Devil May Cry. In the same video Zenyatta was showcased as well, but it’s hard to understand her mechanics as the preview focuses on Mercy. We can see that both are supports, but, Zenyatta has a more peculiar play style and will probably be harder to master.

McCree will surely look familiar: he is the typical man with a gun. His weapon really defines him, it’s his signature mark, just like Hanzo’s bow. He isn’t as unique and innovative as the robot angel Mercy, but his model is amazing. His play style is pretty straight forward: he specializes in ranged damage, both single target, and area of effect thanks to his devastating ultimate. He has obvious weaknesses: despite his high damage, he is pretty vulnerable in melee range and relies a lot on his healers and on positioning to survive. If you like a “shoot everything you see” play style, our Overwatch Boost team recommends you to pick up this hero. Of course he is simple to play, but this doesn’t mean that he is not effective: as we saw from the preview video, his weapon can be deadly.. not to mention his badass appearance.

In a game full of high-technologic weapons, laser rifles, and mechanical angels, we thought that McCree was crazy bringing only a simple gun to the party. Well, what if we told you that Hanzo uses a simple bow? In his short preview video, we saw how that bow can be game-changing: Hanzo is surely able to fight evenly with his hyper powered enemies, despite his… antique weapon. His abilities are really unique: he is a long-range damage dealer that hunts down his prey climbing on walls, tracking them with his arrows and lastly shooting them through walls and other obstacles. Yeah, you read it correctly: he has the ability to damage any coward that hides behind a wall. You can’t escape our favorite so easily, silly. Of course, this hero has a really high skill cap, as he really depends on positioning and having a clean sight of his enemy to chase them and finish them off. He is a real beast with his bow, and has great mobility on top of that, adding a lot of outplaying opportunities despite his squishiness and lack of other defenses. It’s almost an unwritten rule that the character with the most outdated weapon is the deadliest, and Hanzo knows that for sure.

So we already described two “old school” heroes: a bowman and a gunman. Now we will show you something more futuristic and cyberpunk: Tracer, the time bender. This woman is the perfect assassin: she has an insane damage output, but her strength is in her mobility. Sure, her burst pistols are cool, her Pulse Bomb is terrifying (at the very least), and her damage in fights is insane, but what really defines her is the “time traveler” theme. She has the ability to teleport many yards away from her position, making outplays almost too easy. She can re-position quickly after killing an enemy, or just try to create as much chaos as possible in the enemy team while staying safe thanks to her swiftness. If you are familiar with League of Legends, her Recall talent will surely remind you of Ekko’s ultimate. With this special ability, Tracer is able to travel back in time, going back to the position where she was a few seconds before, healing for a part of the damage received and even getting some ammo back in the process. A good Tracer player can really be creative with this ability, overextending on purpose to bait the enemies just to Recall to safety; but this ability has also a great defensive use. Her kit is really unique and fun to play and seems the perfect balance of swiftness, damage, and survivability, offering a complete set of abilities with the potential of really cool plays. Sure, she looks really hard to master, but that’s the fun part, isn’t it? Make sure to check our site in the next days for more heroes preview, and to find more news about this upcoming Blizzard game, including Overwatch release date and more gameplay in general. Click for Part 2.